‘I’ve Got to Have My Books’: Library Begins Pop In / Pick Up Service

Last modified:
Thursday, May 21, 2020
From the parking lot of the Kansas City Public Library’s Waldo Branch, children can be heard playing at a nearby preschool. A woman — a young boy at her hip — is on her phone, calling to let Library staff know she’s there to pick up the books she had placed on hold some two months ago.

Inside, about a half-dozen librarians are working to fill holds that were placed prior to March 15, 2020, when the Library closed its physical locations in response to the COVID-19 pandemic. “People were waiting outside when we opened,” Waldo Branch Manager Jim Poplau said Tuesday, May 19, when the limited service began. “People have been excited, I think. I’ve heard a couple say, ‘I’ve got to have my books.’”

The Library’s Pop In / Pick Up holds operation is the first step in what will be a cautious and measured approach to resuming normal Library services. 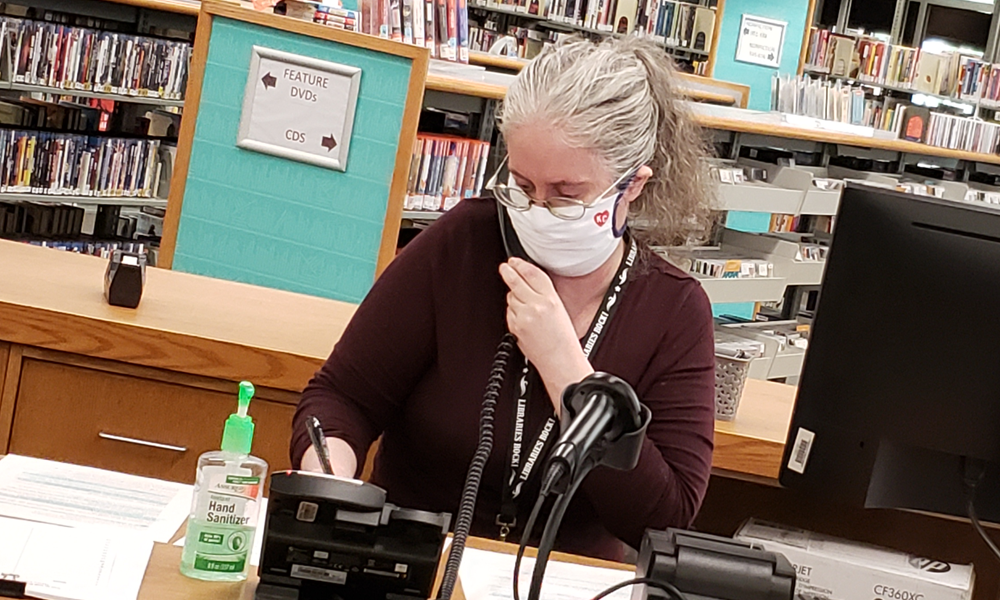 Waldo Branch librarian Andrea Lafferty speaks by phone with a patron arriving to pick up their holds. 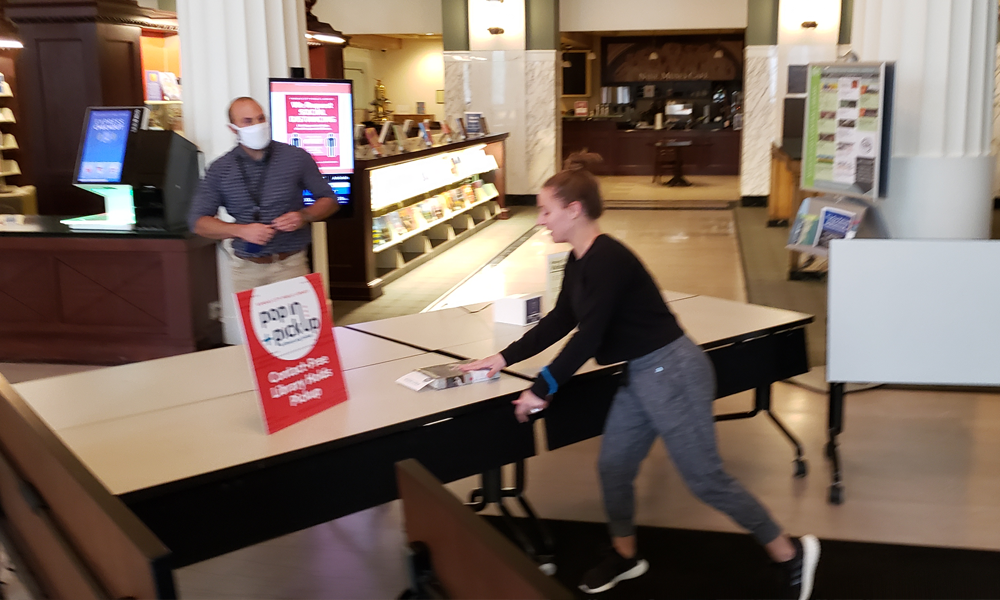 A patron pops in to the Central Library to pick up the book she had on hold using the contact-free station.


Only holds that were placed prior to March 15 are now being filled, but the Library has started allowing new holds to be placed and will soon begin filling those requests. The service is currently available at the Central Library and the Bluford, Plaza, Trails West, and Waldo branches. Hours are limited:

Plans are underway to expand to the North-East, Southeast, Sugar Creek, Ruiz, and Westport locations the week of June 1. 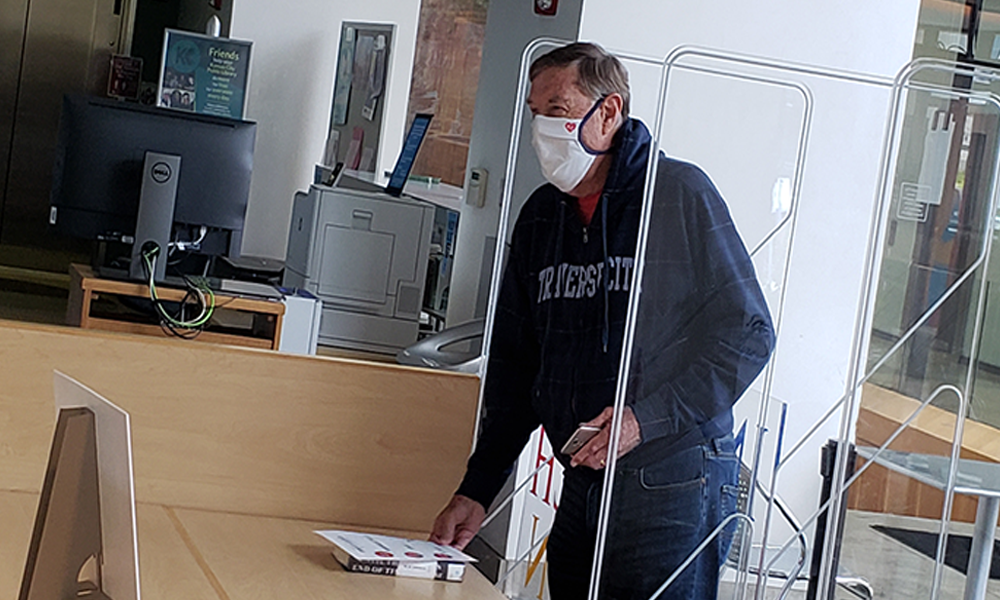 A patron at the Plaza Branch arrives to get his holds. 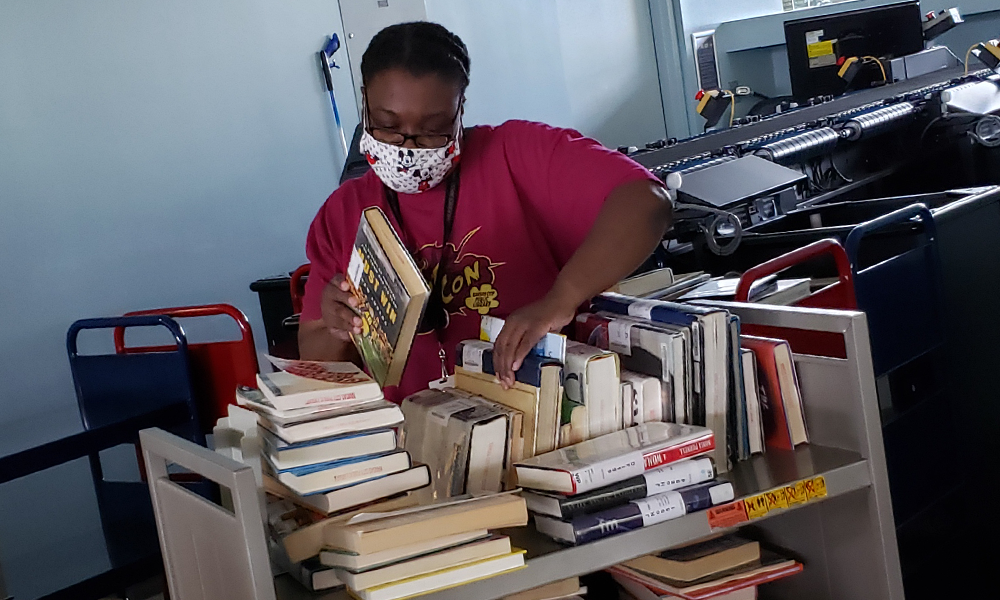 The Library filled holds for just over 100 people on Tuesday. “Right now, we’re just getting up to speed on the process,” said Southeast Branch Manager Monica Jedine. She was at the Waldo location Tuesday to help and get some hands-on experience ahead of June 1. “It seems to be working pretty well,” she said. “As word spreads, I think we will start to see more people coming in.”

Tiffany Fatino got her emailed notification over the weekend that she had nearly 30 books ready to pick up.

“My first thought was just ‘hooray!’ ” she said. “I’m a preschool teacher, so I use the Library regularly to find books for the students. Then in the summer, I do all my pleasure reading. It’s great to have this resource back.”

Details on Pop In / Pick Up Holds Service 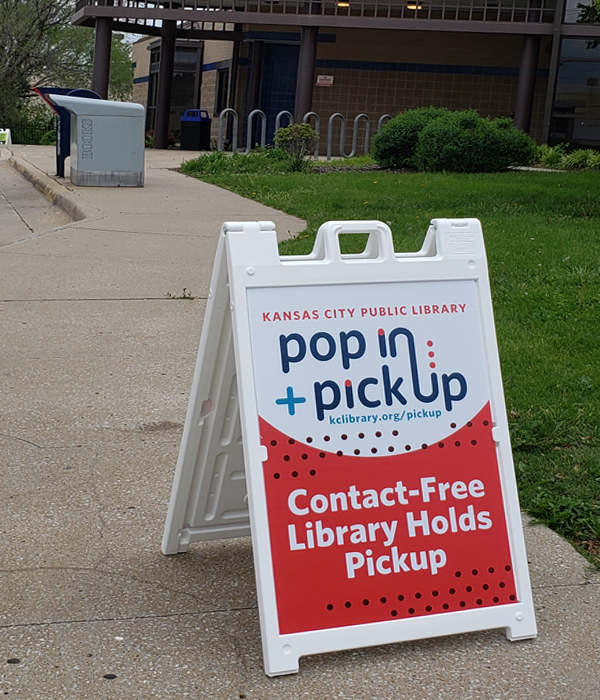 Pop In / Pick Up sign outside the Bluford Branch. 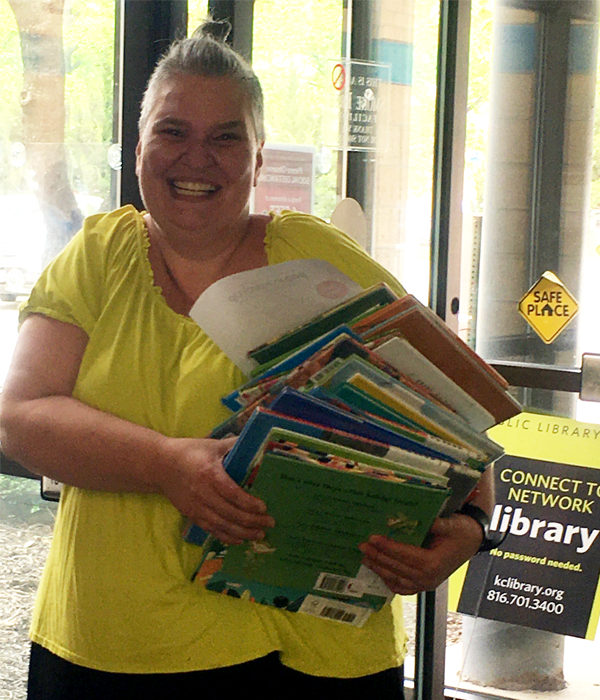 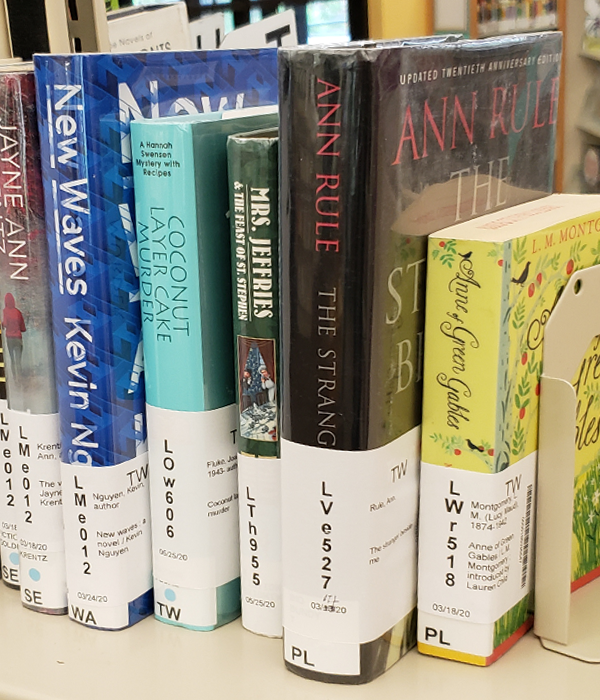 Holds waiting on shelves at the Trails West Branch.

► Don’t come for your holds until you get that emailed notification.

► Services at those five initial Library locations are currently limited to holds pickup only. As interim Director Debbie Siragusa wrote last week, “We’ll build on that as quickly as possible, understanding the reliance of many of our patrons on the computers, broadband access, technology assistance, and other services that make the Library so essential. But anxious as we are – and know that you are, too – we will remain cautious and deliberate."

► No inside returns for now. Returned books and other materials must be deposited in the drop boxes outside any of the Library’s 10 locations.