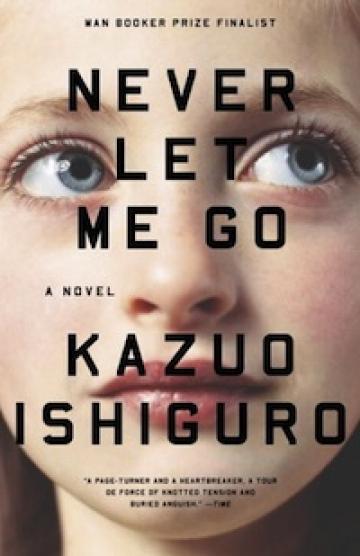 Kathy, Ruth, and Tommy grow up in what appears to be an idyllic English boarding school – but not everything is what it seems. The children at this school are groomed for a specific and special purpose. They are genetically engineered clones, bred to end their lives as organ donors for the rest of the population.

It is almost impossible to review a book like Kazuo Ishiguro's Never Let Me Go without giving away major plot points. This is because the author gives you all the information you need to know from page one. The plot is not what makes this book remarkable; this is a book about characters, and the ways they react to extraordinary circumstances.

Kathy narrates the story, relating her memories of her childhood, and her friendship with Ruth – a manipulative but sensitive classmate – and Tommy, a kindred spirit with a volatile temper. The narration moves from memories of the children’s years at Hailsham, the boarding in the English countryside, to their time spent together after graduating, to Kathy’s present, as she reviews the path her life has taken. 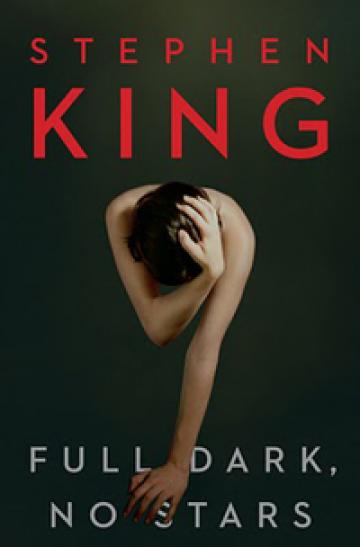 What scares you most about yourself? Is it the other person you hide just beneath your facade? The one you pretend doesn’t exist – the one capable of performing acts you could never commit on your own? That primeval fear is confronted in Stephen King’s new book, Full Dark, No Stars.

First, let’s clarify what Full Dark, No Stars is not. It isn’t a classic Stephen King horror story filled with vampires, scary monsters or zombies. It won’t have you looking under your bed at night for a pair of glowing eyes or wondering what’s lurking in your closet while you cower beneath your covers. Instead, you’ll be pondering a much darker thought, “Am I the real monster disguised in a costume of skin and hair?” 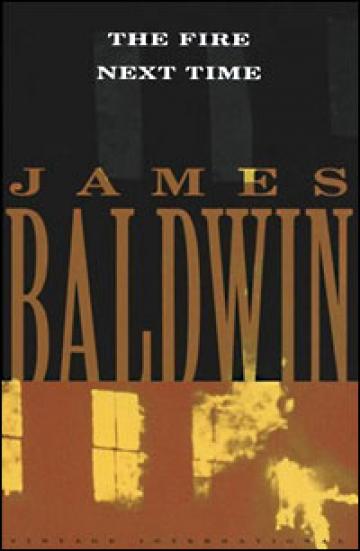 Talk about synchronicity. When I decided that I was going to re-read James Baldwin’s The Fire Next Time for the Library’s Building Bridges Book Club, I already happened to be reading Henry Louis Gates’ Thirteen Ways of Looking at a Black Man, a collection of profiles of prominent African-American men.

The first profile in Gates’ book is of James Baldwin, whose writing Gates fell in love with while in high school (Gates even got in trouble with his teacher for using too many commas in imitation of Baldwin’s architectural style) and whom he finally got to meet as an adult.

Baldwin had been so highly regarded as one of the voices of Black America in the early ‘60s that Time magazine featured Baldwin on its cover when The Fire Next Time was published. But by the time Gates met him, Baldwin had been bypassed in favor of more radical voices.

Baldwin fell into the shadows in his later years because the time called for strong and strident voices, whereas he had always been very careful in his language and balanced in his thinking. For Baldwin, there were no easy answers – he’d likely do poorly in the current sound-byte political climate – and his style reflects that careful consideration and reflection on ideas. 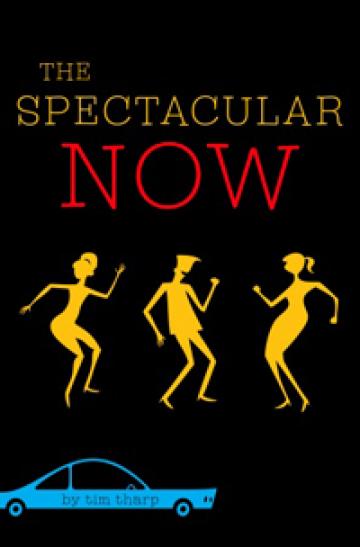 Every now and then, we spend a little time doing something we know is wrong. Sometimes, especially if we get caught, we admit to the crime. But sometimes the crime feels a little too good to let go. Such is the case with Sutter Keely, a senior in high school on the brink of graduation. He has the world at his fingertips — and an ice-cold glass of 7&7 in his actual fingers. Constantly.

Through the expert recommendation of Central Youth Services Supervisor Jamie Mayo, I stepped outside of my reading comfort zone and gave The Spectacular Now by Tim Tharp a try. It’s very straightforward and deals with very real issues, so that wasn’t necessarily a stretch. But I was also thrown an extra challenge — to listen to the book as an audio novel.

Only one word can describe it: Spectacular.

Reader MacLeod Andrews’ honey drawl brings the book to brilliant life, and gives an understanding and compassion to the characters that is unforgettable. Through the entire book, you’ll want to smack the self-titled "Sutterman" upside the head, hug him back in euphoric joy, and bite your nails at who might die at his hands.

And you’ll forgive him for all of it. 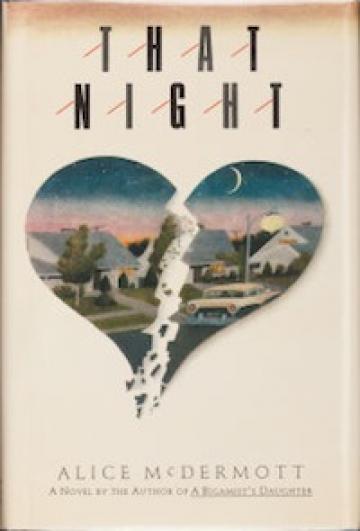 Love warps the mind more than a little. In every woman’s past is a tale of a love gone wrong. These tales usually make for great conversation over brunch with the gals. “What were you thinking?!” “He was never good enough for you!” “Good thing you got out of that one alive!” For readers who want to avoid all the ooey-gooey-I-love-you-tooey sentimentality of the holiday of hearts, try one of these heart-shakers.

It’s one thing to fall in love with the wrong man, but what happens when the man wants to be the woman? This dilemma faces Allison Banks in Trans-Sister Radio by Christopher Bohjalian. With his distinctive grace and appreciation for ordinary people in extraordinary situations, Christopher Bohjalian plots the simple and complex changes endured when Allison’s boyfriend, Dana Stevens, confides his greatest secret—he longs to be a woman.

After reading The Glass Castle, Jeannette Walls’ best-selling memoir of her dysfunctional, impoverished childhood, you can’t help but have certain expectations of her latest book, Half-Broke Horses: A True-Life Novel. You want to know why her mother, Rose Mary Walls, turned out to be such a neglectful, bereft parent. You want to know why in the world Rose Mary would marry such a ne`er do well. Walls, however, holds these questions at bay with an almost unbelievable story of her grandmother, Lily Casey, told in first-person.

Members of the Plaza’s Barista Book Group, which read this book in January, all agreed that Lily Casey was really something else. The opening of the book gives you quick insight into the indomitable spirit of Lily Casey, who at 8-years-old is ushering her siblings into a tree to protect them from an oncoming flood. Lily devises a game to keep them awake throughout the night until the flood waters subside. 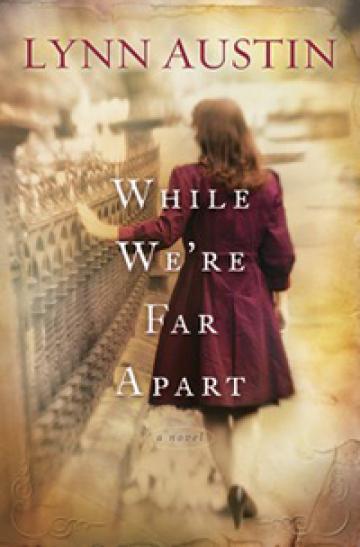 If God is good and loving, why does He allow so much suffering? Why does God let our loved ones die but allows others to live and prosper? Why does He remain silent and leave our most urgent prayers unanswered? These are the faith-testing questions posed in Lynn Austin’s latest historical-fiction novel, While We’re Far Apart.

Set in a Jewish neighborhood of Brooklyn, New York, in 1943, three characters’ stories intersect as World War II progresses and life on the home front becomes more and more difficult.

An elderly Jewish landlord, Jacob Mendel, grieves the death of his wife in a car accident, as his son, Avraham is trapped in a war-ravaged Hungary. 12-year-old Esther Shaffer is angry at her father, Eddie, who decides to enlist in the army right after the loss of his wife. Penny Goodrich, desperately in love with Eddie, volunteers to take care of Eddie’s children in hopes that he will eventually return her love and marry her.

Jacob isolates himself from the outside world, spending most of his time listening to the news and searching for the whereabouts of his son. Penny takes on the challenging responsibility of raising resentful Esther and Peter, while starting a new job as a bus driver. Without the presence of her parents, Esther experiences loneliness, the growing pains of a teenager, and the fear of losing her father to the war. 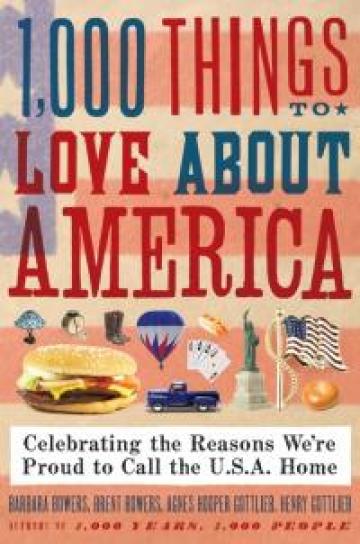 Americans across the nation frequently profess their love for their country with football, hot dogs, fireworks, and country music. But the U.S. is a country known for its wide-open spaces and all-of-a-kind populace. There’s always been more to love about our home than the Super Bowl, Chevrolet, and Route 66.

Barbara and Brent Bowers and Agnes and Henry Gottlieb – all with serious journalistic cred – have compiled 1,000 Things to Love About America. Counting down from 1,000 to 1, this book runs the gamut, from expected objets d’affection like the Empire State Building, to the je ne say what? of Yogiisms (“When you come to a fork in the road, take it”).

Wondering which bits and pieces deserve your heart? How about #871: Mysterious Disappearances? Ambrose Bierce did a fade out sometime in 1913 while following Pancho Villa. Amelia Earhart entered the cloud somewhere over the Pacific in 1937. D.B. Cooper tried walking on sunshine after hijacking a 727 in 1971, but the bag of cash he took with him when he jumped from the plane probably weighed him down. 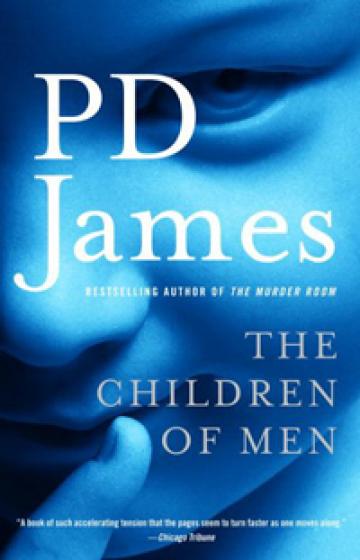 For her Winter Reading video book review, Megan Garrett, librarian at the Sugar Creek Branch, talks about a future where children are no longer born and society is collapsing. That's the story behind P.D. James' harrowing but hopeful dystopian novel, The Children of Men.

The annual Adult Winter Reading Program runs from January 10 – March 13, 2011, at all Kansas City Public Library locations. The 2011 program offers a chance to win a Nook e-reader as well as the opportunity to see Winter Reading featured author Jasper Fforde in person on March 17 at the Plaza Branch, where he will discuss his new book, One of Our Thursdays Is Missing. 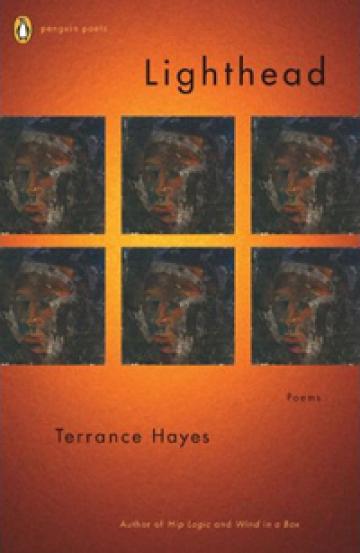 Terrance Hayes’ latest collection of poetry, Lighthead, is an exploration of past and present, lightness and dark. The poems are lithe and fresh. They draw the reader close, seductively, before introducing a grain of truth, uncomfortable or inexpressible, that can’t quite be quantified. 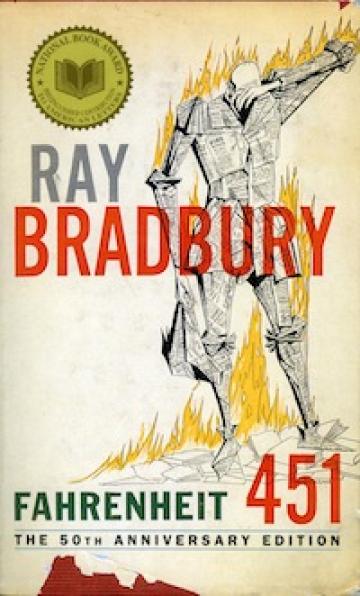 Imagine a future where literature is outlawed, mindless hedonism is the order of the day, and firemen don’t put out fires – they start them. This is the world of Ray Bradbury’s classic novel of censorship, Fahrenheit 451. Watch Waldo librarian Ashlei Wheeler explain why it's her favorite pick in the 2011 Adult Winter Reading Program. 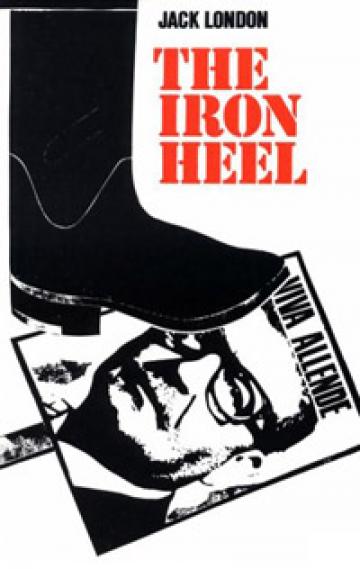 Jack London is best known for books about boys and their dogs, but as L.H. Bluford Branch librarian Bernie Norcott-Mahany explains, London was also the first dystopian novelist of the 20th century. His book The Iron Heel is a complex and enriching story of a not-so-glorious future. 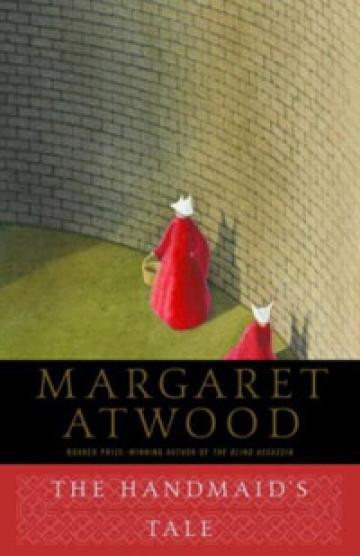 In Margaret Atwood’s dystopian masterwork, America has collapsed, the Republic of Gilead has risen, and women’s rights have been dismantled. In our latest Winter Reading Video, Waldo Branch Manager Alicia Ahlvers tells how The Handmaid’s Tale, her selection for the 2011 Winter Reading Program, influenced her life as a reader and thinker. 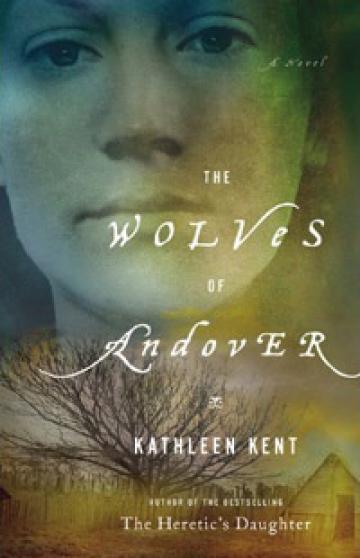 Colonial Massachusetts was not an easy place to survive. Strained relations with the native peoples, smallpox outbreaks, and barbaric wolves (of both the four-legged and two-legged, human varieties) devoured all who showed weakness in mind, body, or spirit. But in Kathleen Kent’s The Wolves of Andover, the most treacherous forces in 17th century America were often unseen. 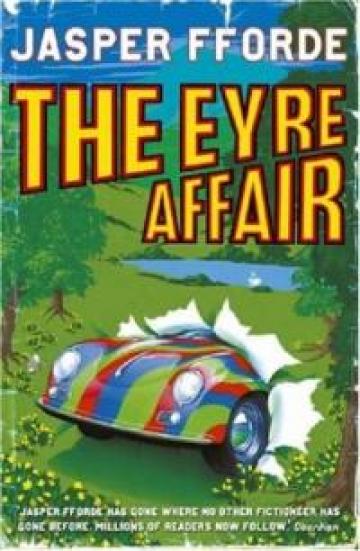 In a parallel universe where literature is pop culture and the lines between fiction and reality blur, a master criminal runs amuck in the pages of Jane Eyre, and literary detective Thursday Next is on the case. So goes The Eyre Affair by Jasper Fforde, librarian Diana Hyle’s pick for the 2011 Adult Winter Reading Program. Click “Read more” to watch the video.