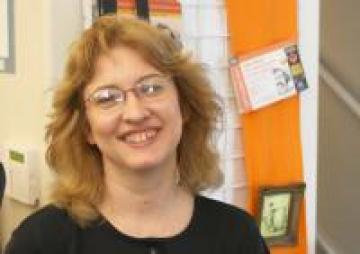 Amy Morris still remembers her first librarian. Growing up in Raytown, she rode her bike to the neighborhood branch of the Mid-Continent Public Library. There, she was greeted by Jean (Morris doesn't remember her last name), a librarian who broke the typical stereotype.

"She was loud and boisterous and had tons of makeup and crazy jewelry," Morris remembers. "She introduced me to lots of authors, taught me how libraries work with the Dewey Decimal System, and made me more excited about reading and libraries than I already was."

It would seem that such a monumental introduction to the value of libraries early in life would send a book-obsessed young person on the road to library school. Though that wasn't the case, Morris' path to the Westport Branch never strayed far from her love of reading and writing.

After completing her undergrad in business, Morris worked as a benefits administrator for MetLife before finding her way into teaching reading at an elementary school in Raytown. Then, she returned to school, studying English and creative writing at Avila University.

After a dispiriting stint as a writer for a direct marketing company, Morris found her way to the Kansas City Public Library's Westport Branch, where she's been happily working the service desk and running children's and adult programming (among many other tasks) for the past five years. 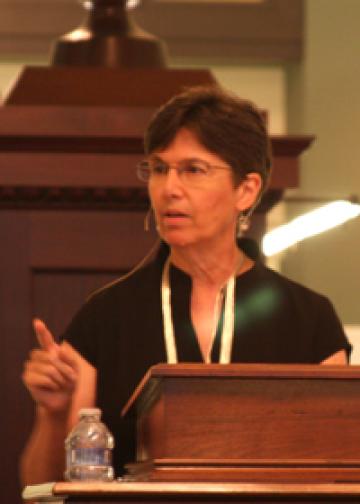 American Library Association President Molly Raphael began her address at the Central Library with an invocational reading: "The best restaurants in the world are, of course, in Kansas City. Not all of them; only the top four or five."

As any Kansas Citian worth his or her celery salt knows, those are the opening lines of native son Calvin Trillin's American Fried, the book that put Arthur Bryant's on the map. In fact, Raphael claims that she and her husband still have -- and still occasionally consume -- sauce from a two-gallon jug purchased at Bryant's 30 years ago.

"Lest you worry that the 30-year-old sauce might have spoiled," she told the audience of nearly 200 in Kirk Hall, "I assure you that nothing could possibly be living in that sauce. It's so hot!"

But Raphael didn't come to KC just to praise our food.

The Missouri Library Association's annual conference was held in Kansas City October 5 - 7, 2011, with most events and activities taking place at the KCI Expo Center.

Read more
Video: How to Build a Gigabit City 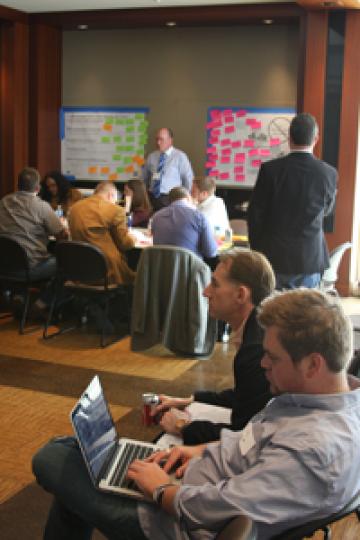 10.3.11 – As patrons browsed the shelves and logged in to the public computers at the Central Library, elsewhere in the building, a cadre of community-minded business professionals discussed how information moving at light speed could change life in Kansas City. 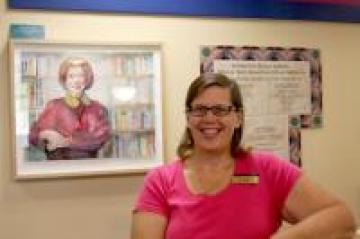 Julie Robinson remembers the first thing Irene H. Ruiz ever said to her: "How long will you stay at my library?" Robinson's answer: "Until they tell me I'm going somewhere else." Now, eight years later, Robinson has built a reputation for her branch as a unifying force in the community it serves. 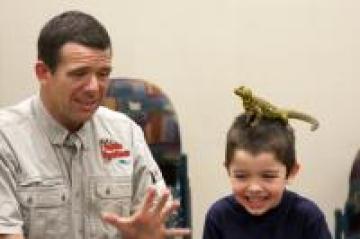 When the Library declared it would reach 16,000 kids and teens through this year's Summer Reading program, it quickly became an all-hands-on-deck proposition. Reaching more readers than ever would require advocacy at all the branches, with staff promoting it from the front desk to the childrens' areas and beyond.

It would also take the biggest Summer Reading Outreach campaign to date, with a team of librarians led by Outreach Manager Carrie McDonald conducting reading programs at 20 non-Library locations in hopes of signing up 2,500 kids.

It would be nothing less than Building a Community of Readers from the ground up. And when the numbers were tallied a few weeks ago, the Library found that it had built an even bigger community than it planned.

According to Children's and Youth Services, 20,770 children and 4,724 teens participated in Summer Reading through reading, program attendance, or both, for a total of 25,494. (Last year's total was approximately 15,000, according to Youth Services.)

"The results more than met any of our expectations," says Helma Hawkins, director of Children's Services. "We definitely brought in kids we hadn't reached before thanks to the Outreach program, and we also reached new children inside the Library."

Read more
Tune In to the Big Read Podcast 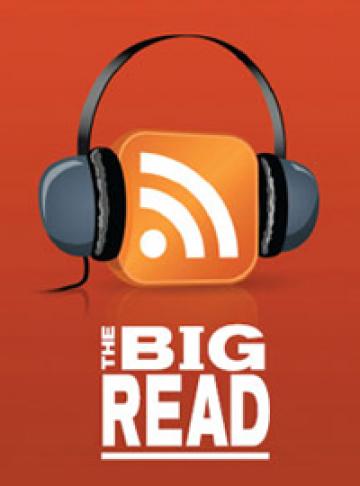 Did you know you can download the adventures of Tom, Huck, Becky Thatcher, and Injun Joe and listen to them on your iPod on the go? The Big Read Podcast is live, and it features The Adventures of Tom Sawyer as read by a huge cast of Kansas City luminaries.

The grandson of Iowa farmers, Thomas Hoenig began working at the age of 9. Now, at 65, he is about to retire after 20 years as the president and CEO of the Federal Reserve Bank of Kansas City, where he was the longest-serving leader in Fed history. 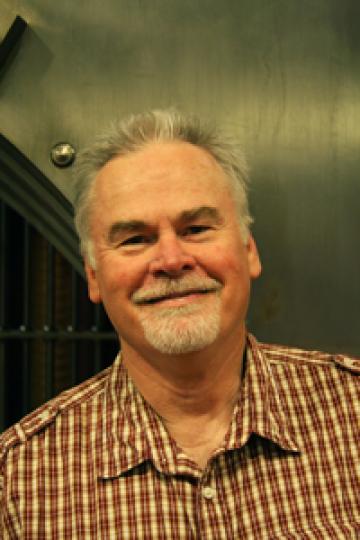 Robert W. Butler is a movie critic’s movie critic. He knows his early Buñuels from his later Godards and can talk Hollywoodese with the layman. When you prick him, he bleeds Peckinpah. It’s no wonder why, when Butler’s four decades at the Kansas City Star came to an end this past May, Roger Ebert summed up his feelings on Twitter in a single word: “Damn.”

Read more
School's In at the I.H. Ruiz Branch 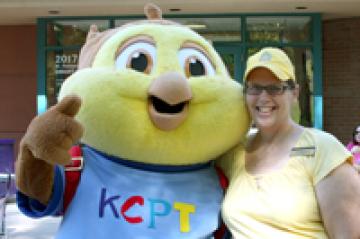 Thursday, August 11, 2011, marked the 10th anniversary of the Back to School Pep Rally at the Irene H. Ruiz Branch. And though it was a milestone for one of the Kansas City Public Library's biggest outreach-oriented events, according to Branch Manager Julie Robinson, the kids who came didn't care.

"What the kids care about is that this is for them -- and for them, it's a really big deal," Robinson says.

It's a big deal for the entire neighborhood. Each year before the start of school, a network of Westside community organizations and individuals circles around the I.H. Ruiz Branch. They put on a giant block party and give out scads of school supplies and books to students in grades pre-K through 12.

Around 2,000 people came out for the event, and 189 backpacks stuffed with grade-specific supplies were given to 72 families. Even more backpacks were given out in the ensuing days to families who had registered to receive them. 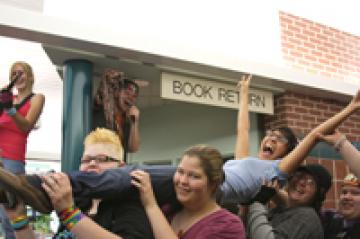 Who says you can't rock out in a library? At least, don't tell that to Amanda Barnhart, young adult coordinator at the Trails West Branch of the Kansas City Public Library. And certainly don't tell any of her teens.

Last Friday at Trails, Barnhart organized a teen lock-in to celebrate the end of Summer Reading. Even though the kids present had all been born around the turn of the millennium, they came prepared to celebrate the party's theme, "You Weren't Here: The '80s," wearing headbands, heavy-metal tees, and neon accessories.

Between turns on Rock Band, the kids engaged in activities such as making wallets from felt fabric and cassette tapes and testing their librarian skills on a scavenger hunt through the stacks.

Like much of Barnhart's teen programming, the evening mixed fun with a little learning.

"Teens really keep you on your toes, they're always challenging you, asking, 'Why do you do that?'" Barnhart says. "It's a different outlook on life that I like to be reminded of. It's like being a kid again."

Read more
Nominate an Entrepreneur to Speak at the Library 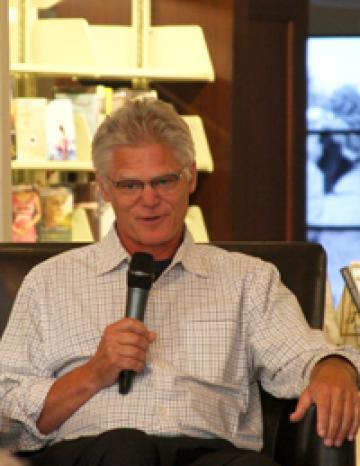 We want to hear from you! What local business owner has inspired you, uplifted your community, or provided a model for doing business? The Kansas City Public Library is hosting a series of public conversations with entrepreneurs who have made KC a better place to do business – and to live. We want your input. 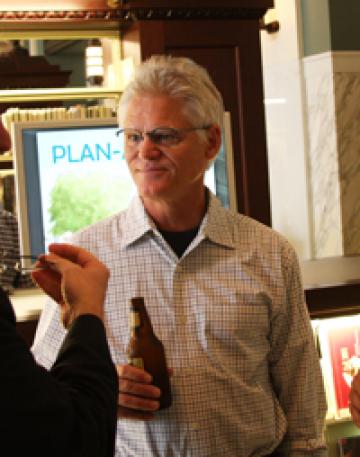 Last night a crowd of 538 gathered in Kirk Hall at the Central Library to hear the entrepreneurial story of Boulevard Brewing Co. founder John McDonald and drink his beer – 20 cases of Wheat, Pale Ale, and Pilsner, to be exact. In the words of Public Affairs Director Henry Fortunato, we effectively “put the pub in 'public library.'”

But we also learned a thing or two about the beer business. 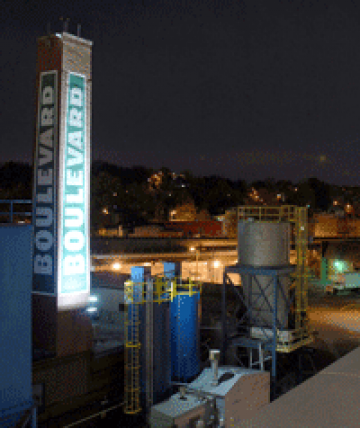 If beer, as Benjamin Franklin is sometimes believed to have said, “is proof that God loves us and wants us to be happy,” then it’s hard to think of a Kansas City entrepreneur who has made more people happy than John McDonald.

The founder of Boulevard Brewing Co., McDonald presides over the largest specialty brewery in the midwest and the second-largest brewery in Missouri. McDonald will visit the Kansas City Public Library tomorrow night, Wednesday August 3, for a public conversation with Crosby Kemper III. The event is part of our ongoing Cradle of Entrepreneurs series of talks with local business owners. The event is free; please RSVP online if you wish to attend. 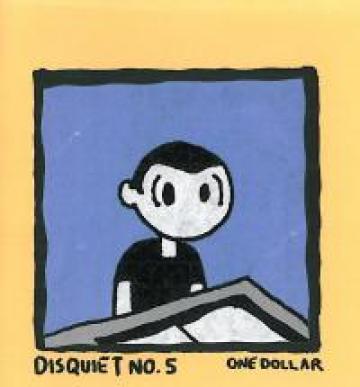 In a world of blogging, vlogging, and tweeting, anyone can broadcast their thoughts, creativity, and  identity to the world. But that wasn’t always the case – and for some even now, a pixellated platform isn’t enough. Thank heaven for zines.

If you’ve been to a locally owned coffee shop, record store, or music venue in the past quarter to half-century or so, you’ve probably seen them lying around or being passed from hand to hand. Self-published and resolutely independent, these paperbound notes from underground tell as many different stories as the lives of those who made them. Kansas City has been home to a thriving zine culture over the years, and thanks to the efforts of librarian Stephanie Iser, the Kansas City Public Library has begun collecting zines, mail art, and mini comics produced by local authors, artists -- and, in a few cases, anarchists.

Read more
Summer Is for Readers 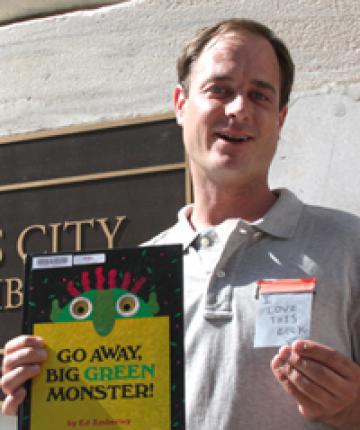 Nick Holmes has one of the best summer jobs ever: traveling around town, reading books to kids. While reading for a group of children on a recent July day, Holmes got some of the best feedback imaginable.

Working on behalf of the Kansas City Public Library's Summer Reading program, Holmes was sharing a book with a group of kids at Palestine Missionary Baptist Church. As is usually the case with Summer Reading, prizes had been given out to the kids for reading a prescribed amount of hours (up to 12 total), and one of those prizes was a toy sketch pad.

Midway through Go Away Big Green Monster, a girl in the audience wrote a message on her sketch pad and held it up for Holmes to see.

I love this book, her message read.

Young book lovers at local church activity centers aren't the only kids the Library is reaching this summer. In what is probably the biggest Summer Reading Outreach initiative in Library history, from June 13 through August 5, Holmes and his crew are taking the love of reading to 20 non-Library locations. Their goal: to enroll 2,500 kids in the Summer Reading program.