This past Thursday at the Plaza Branch, U.S. Supreme Court Justice Stephen Breyer stood before a crowd of nearly 700 people and made a strong case for civic literacy in the face of cynicism. 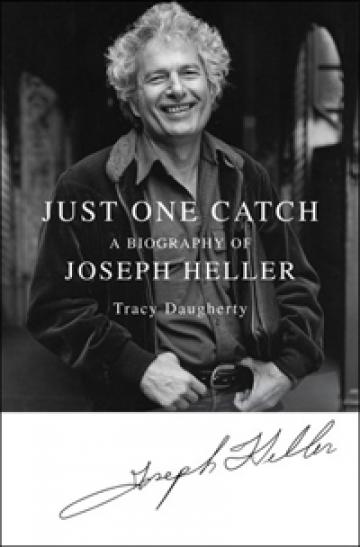 Joseph Heller was lying in bed in his four-room apartment on the West Side of Manhattan, New York, when suddenly it came to him: It was love at first sight. The first time he saw the chaplain, Someone fell madly in love with him.

The next morning, Heller went to work at the Madison Avenue ad agency where he was a copywriter and wrote, in longhand, the first chapter of what would become his masterpiece.

“Before the end of the week I had typed it out and sent it to Candida Donadio, my agent,” Heller recalled in a 1974 interview with George Plimpton. “One year later, after much planning, I began chapter two.”

That was 1953. Over the next eight years, in what would prove a laborious, agonizing, and, in retrospect, appropriately postmodern, process, Heller began birthing a book titled Catch-18. Working from a series of index cards, Heller crafted a nonlinear, looping, hilarious, and irreverent fictional narrative based on his career as a B-25 bombardier in World War Two.

As Donadio began shopping the manuscript, many editors found it incomprehensible.

We all know Emma Lazarus for giving voice to the Statue of Liberty through her sonnet "The New Colossus" (Give me your tired, your poor). But as Esther Schor shows in her enthralling biography of Lazarus, she was a feminist, a Zionist and an internationally famous Jewish-American writer – before those categories even existed. 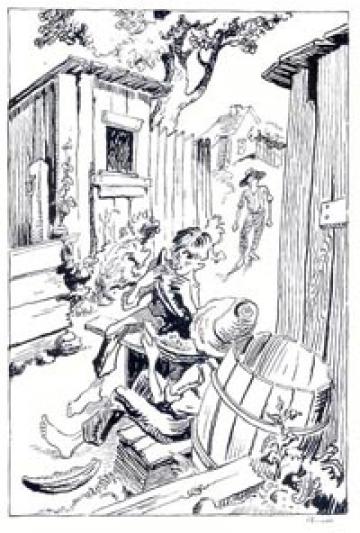 One of the greatest artistic collaborations in Missouri history is on display right now at the Central Library. Our exhibit Mark Twain and Tom Benton: Pictures, Prose, and Song features illustrations Benton made for three limited edition Twain novels, along with lithographs by Benton, a record album, first edition Twain books, and portraits of both men. 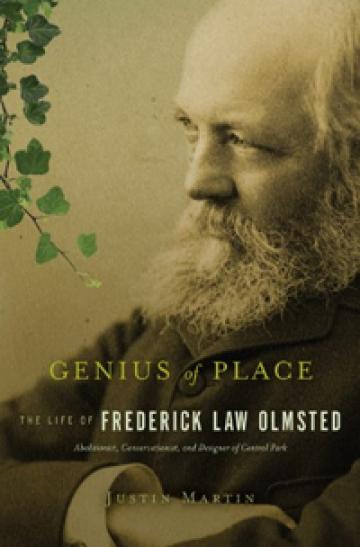 In his new book, Genius of Place, biographer Justin Martin says that Frederick Law Olmsted “may well be the most important American historical figure that the average person knows least about.”

If the average person, indeed, knows him at all, it’s most likely for Olmsted’s famous design of New York’s Central Park or possibly the U.S. Capitol Grounds. But as Martin, a former Kansas Citian, shows, there was a lot more to Olmsted than his green grounds.

“Fred-Law” (as his family sometimes called him) was born in Hartford, Conn., in 1822 – a time when Missouri was the westernmost state and middle names were fairly uncommon. The first three decades of his life would take him through a series of wildly divergent and fascinating careers before he more or less fell into the role of America’s premier landscape architect.

This Wednesday, September 7, 2011, at the Central Library, Martin returns to Kansas City to discuss not only Olmsted’s impact on the urban American landscape (and, by extension, its psyche) but also Olmsted’s other lives – as sailor, farmer, journalist, abolitionist, Civil War medic in an early version of the Red Cross, environmentalist, and, above all, reformer. The event begins at 6:30 p.m. following a 6 p.m. reception. RSVP now. 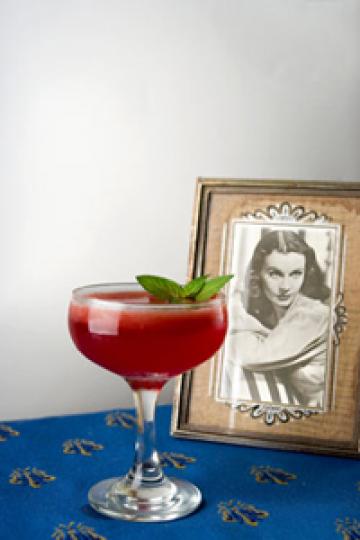 What do you call one part Southern Comfort, three parts cranberry juice, and a squeeze of lime shaken and served up in a martini glass? Answer: a bibulous good time for a bibliophile like yourself at the Kansas City Public Library this Tuesday night.

The name of the cocktail described above is the Scarlett O’Hara. It was invented by a post-Prohibition New York liquor distributor to boost sales by capitalizing on the mass popularity of Margaret Mitchell’s 1936 blockbuster novel.

The drink, like its namesake heroine, appealed to a deep-seated American nostalgia for a quainter, simpler, more genteel Old South – the antebellum land of plantations, moonlight, and magnolias, far away from the technological clatter and urban nightmares up North.

It was, unfortunately, also a South filled with reprehensible ethnic stereotypes.

In her new book, Dreaming of Dixie: How the South Was Created in American Popular Culture, University of North Carolina – Charlotte historian Karen L. Cox argues that pervading American conceptions of the South were framed by those who did not live there, i.e. white Americans of the East Coast.

Read more
Batmen: ‘Right off the Bat’ and 10 Other Smashing Stick-and-Ball Reads 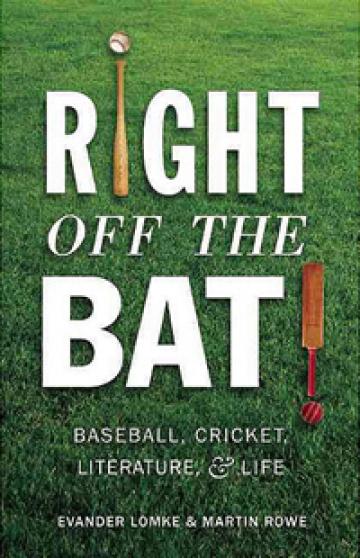 Screwballs or doosras? Pitchers or bowlers? Hot dogs and beer or cucumber sandwiches and tea? The strangely parallel worlds of baseball and cricket needn’t be mutually exclusive. 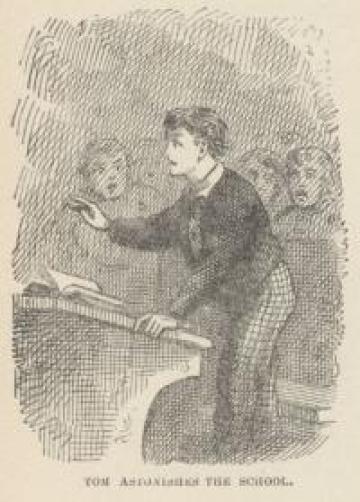 The Kansas City Public Library is bringing back The Big Read this year, and you needn’t plunk down cash to buy in. You can download e-book versions of this year’s selection, The Adventures of Tom Sawyer by Mark Twain from the Library’s website to keep and use on your e-reader free of charge.

For the fourth year, the Library has been awarded a grant from the National Endowment for the Arts to help fund a series of public programs to get everyone reading and talking about the same book. This year’s Big Read selection hits closer to home than ever before.

In fact, it’s going to be hard to escape the sounds of Sawyer this fall in Kansas City. One of the first productions in the brand-new, gush-worthy Kauffman Center for the Performing Arts will be the world premiere of Tom Sawyer – A Ballet in Three Acts, performed by Kansas City Ballet. As a special treat for our community of readers, the Library is partnering with KC Ballet to bring patrons a preview of the production, featuring Tony-winning composer Maury Yeston. Other Big Read events – including a visit from Autobiography of Mark Twain Vol. 1 editor Robert Hirst – will be announced soon. 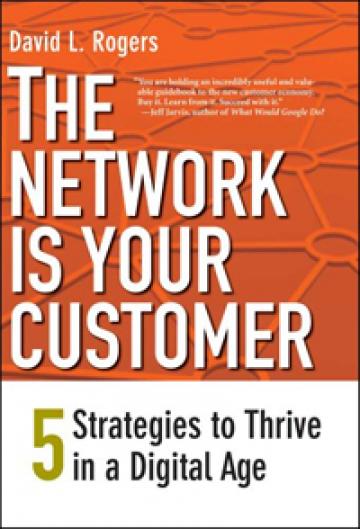 Three years ago, Blendtec CEO Tom Dickinson came up with a simple but highly effective means of advertising his product online to millions of people without spending millions of dollars. The secret formula: Household Object + High-end Blender = Supreme Entertainment for the Folks Online. 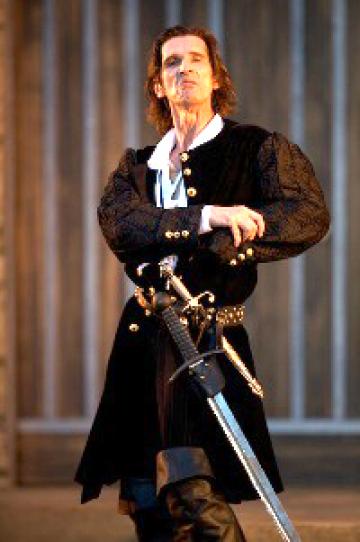 For a while there, it looked as if Birnam Wood would not come to Southmoreland Park, toil and trouble would not bubble in view of the Nelson-Atkins’ shuttlecocks, and cries of “Out, damned spot!” would not sound across midtown Kansas City.

But thanks to a tempest of support from the community, the Heart of America Shakespeare Festival was able to raise needed funds, and this year’s production of Macbeth will run from June 14 through July 3. It was just over a month ago that the Festival’s organizers announced they would need to raise $100,000 to keep the 19th season afloat. Luckily, the ducats came rolling in, and the show will go on.

That’s good news for the Kansas City Public Library, too. Not only are we fans of the Festival – which always brings veteran actors to top-notch productions of the Bard’s works – we’re also proud to host an annual Shakespeare lecture series that’s free and open to the community. In its 11th year, the series brings extra context and insight to the plays staged in the heart of our city. 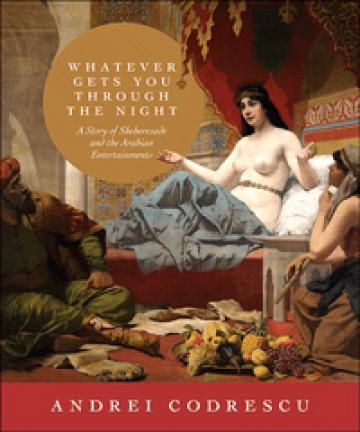 Andrei Codrescu has always been interested in the ways stories are told. As a poet, essayist, novelist, and founder of the avant-garde journal Exquisite Corpse – not to mention his hilarious NPR commentaries – Codrescu has made a name for himself as a master at both creating and exploding narrative forms.

On Thursday, June 2, 2011, Codrescu visits the Plaza Branch of the Kansas City Public Library to discuss his newest novel, a smart, dizzingly adventurous, and hysterical retelling of the Arabian Nights – Whatever Gets You Through the Night: A Story of Sheherezade and the Arabian Entertainments. (Please RSVP if you wish to attend this free event.)

Read more
Living for the City: Edward Glaeser & 11 Books on the American City 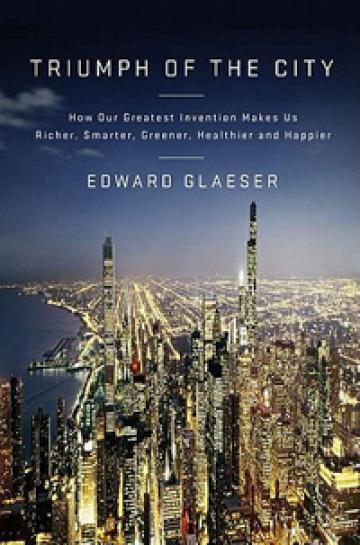 Some people look at big cities and see dirty streets, crowded subway cars, and muggers lurking around every falafel truck. But Harvard economist and author Edward Glaeser sees the American metropolis as more innovative, greener, and healthier than the leafy suburb.

Glaeser’s new book, Triumph of the City : How our Greatest Invention Makes Us Richer, Smarter, Greener, Healthier, and Happier shatters many myths about American cities.

For one thing, the human density of big cities drives innovation and competition – the more people, the more possibility for change and growth, Glaeser argues.

“Cities play to mankind’s greatest asset, which is being able to learn from each other face to face,” Glaeser recently said on The Daily Show with Jon Stewart.

Glaeser finds that far from being plagued by crime and filth, people in big cities are healthier and wealthier than other Americans, and they use 40 percent less energy than their suburban counterparts. 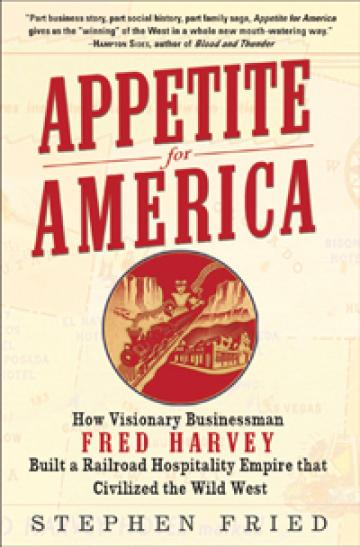 By changing the way Americans eat out, Fred Harvey changed the way we eat, period. As founder of America’s first interstate restaurant chain, the English-born entrepreneur filled bellies all along the westward-expanding Atchinson, Topeka & Sante Fe railroad at the turn of the 20th century.

Not only were Harvey House meals of consistent quality and value, they were served up by the refined, morally upright, and danged cute Harvey Girls  –  quite possibly the Platonic ideal of what it means to be a waitress. They even inspired a “gay and lusty” 1946 Judy Garland musical. (Watch the trailer.)

Harvey also had a major impact on Kansas City. In 1914, Union Station opened and became a nerve center for the American railroad. With the Fred Harvey company headquarters located in the building, alongside a 525-seater Harvey House, Harvey's enterprise was feeding the growth of Kansas City and the West. (Harvey died in 1901, but his name lived on through the company and its owner, his son Ford Harvey, who helped shape KC in his own right.) 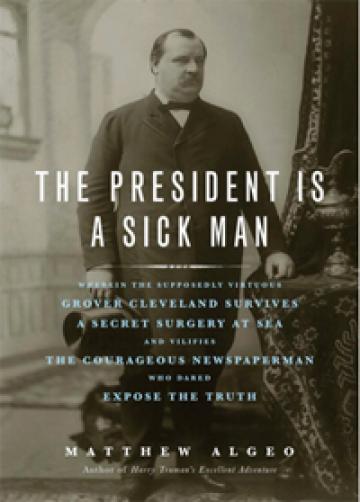 In today's 24/7 news cycle, it's impossible to imagine President Obama boarding a yacht to undergo major surgery, disappearing for two days, and spending weeks recovering on a fishing trip with no explanation beyond a case of rheumatism, a toothache, and a much-needed vacation.

But in the summer of 1893, that's exactly what Grover Cleveland did. And even then, he barely got away with it.

In his new book, The President Is a Sick Man, Matthew Algeo, author of Harry Truman's Excellent Adventure, recounts the story of how Cleveland pulled the wool over the public's eyes regarding his debilitating health problems – and then vilified the reporter who had the gall to tell the real story.

Algeo gives a free presentation about his new book – the first full account of this relatively forgotten but culturally revealing period in our nation's history – on Tuesday, May 3, 2011, at the Central Library, at 6:30 p.m. (RSVP to attend.) 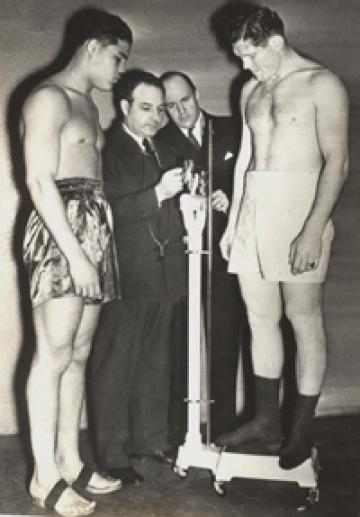 When Joe Louis fought in Kansas City on February 17, 1937, Boss Tom Pendergast was in power, jazz was jumping downtown, and black athletes were decades from being accepted as equal to their white counterparts. In fact, some historians believe that Louis' only local fight, against Jewish-American boxer Natie Brown at Municipal Auditorium, was the first interracial sporting event in Missouri history.