Strike was the action-packed sequel to Delilah S. Dawson's 2015 book Hit. Strike began with the main character, Patsy, on the run from her past, her employer, and the pseudo-government. She was also on the run from herself: experiencing guilt and PTSD after killing people to keep herself alive.

Although Patsy struggled with her ethics, she was definitely one of the good guys in this quasi-dystopian very near future. Her and her boyfriend, Wyatt, were caught between Valor Bank – an omnipresent, violent entity that used people's debts and credit cards against them – and Citizens for Freedom – the citizens militia that was using unscrupulous methods to stop Valor Bank. 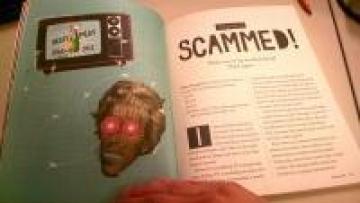 Messages bombard you constantly. At the recent KC Youth Services Summit, Teen Librarian Wick Thomas shared that teens see an average of 3,000 advertisements a day. He got that statistic from SF Environment: A Department of the City and County of San Francisco Somebody else is spending a lot of money in the hopes that they can make you spend even more money than you already are.

In Klickitat, Rock explored the subtle danger and loneliness that exists in contemporary suburban America.

The setting for Klickitat was a dreamy Portland, Oregon, full of tucked-away forests and hidden tunnels in the ground. The book focused on Vivian and her older sister Audra. Vivian was a young girl with a vague health issue that gave her “agitations” and led her parents to force her to take medications. Audra saw their parents' reaction to Vivian's agitations as just another example of the unnaturalness and captivity of modern life. Vivian didn’t think much beyond her life and what it is now, that is, until Audra met someone named Henry and ran away from the constraints of her childhood home.

Rock's writing style infused the book with otherworldliness and a low-level dread throughout. Here was Rock's description of a domestic argument between Audra and her mother, from Vivian’s perspective:

Library as Ally: Responding to the Orlando Massacre
Friday, June 17, 2016

You are not alone. Libraries are a resource, and it is in our mission to help. In fact, the American Library Association’s Division for Teens, YALSA, includes in its mission statement that our primary goal should be “alleviating the challenges teens face, and (in) putting all teens ‒ especially those with the greatest needs ‒ on the path to successful and fulfilling lives.”

The Haters by Jesse Andrews

This book, written by the author of Me and Earl and the Dying Girl, followed bandmates Wes, Corey, and Ash as they drove around the eastern US begging anyone to let them play.

Wes, a circumspect young man; Corey, Wes’s wildcard best friend; and Ash, their lonely and enigmatic bankroller, were not prepared – emotionally or musically – to drive, live, and play as a group. But they decided to ditch their parents and attempt a tour together.

Much of the depiction of these teens’ ill-fated tour was hilarious. The author permeated every scene and character description with humor. This is how Wes, a bassist, described how he felt when someone requested a bass solo:

Shakespeare can seem completely boring. Huge words and convoluted plots make it easy to feel overwhelmed. How many people have sat through the Shakespeare unit in high school waiting it out until something better follows? However, Shakespeare is actually funny, engaging, intriguing. His plays can draw up your amusement, adoration, and anger. 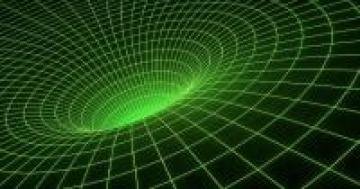 Apparently, one of the big trends in new young adult books coming out is time travel. That pesky fourth dimension that has us trapped right now isn’t going to stop authors. Imaginations aren’t bound by reality. So, characters hurtle though time and face the different triumphs and challenges of another era.

In this alternate history, Michael Grant asked: how different would World War II have been if women were allowed, and even drafted, on the front lines? The answer, at least according to Grant, was not very different at all.

Front Lines followed Rio Richlin, Frangie Marr, and Rainy Schulterman as they joined the fight against the Axis powers in 1943. Grant crafted these three characters to show the different experiences those serving in the armed forces would have encountered.

Rio was a young woman from an idyllic small town in California who signed up in response to the death of her sister. She underwent basic training and was sent to the front lines because of her proficiency in shooting.

We Are the Ants by Shaun David Hutchinson

If you were given the chance to either destroy the world, or to save it, what would you do? For some of us, there might be an effortless answer to that question. In We Are the Ants, that wasn’t the case for unhappy high school student Henry Denton. For him, the world was full of bullies and miserable people. So, when he was offered the chance to press the button that stopped the end of the world, he needed to think about it. In his words (and the first words of the book): Life is bullshit.

The quirk in the book, and what made it different from other books about a teen with an angsty life was that, for Henry, the end of the world wasn’t just some hypothetical event. Instead, as we discover very early on in the book, Henry was literally given the choice to save the world by the aliens who had been periodically abducting him: 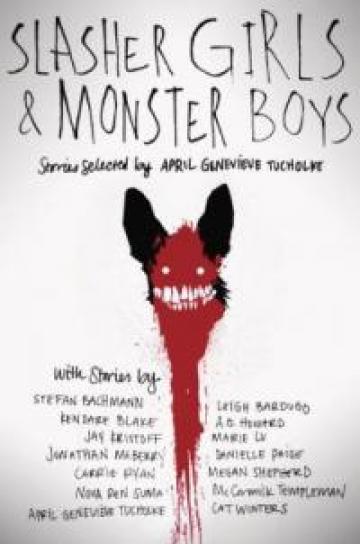 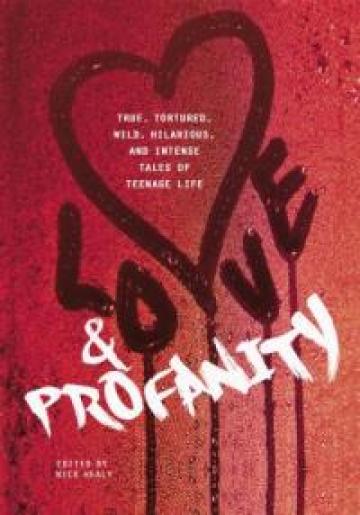 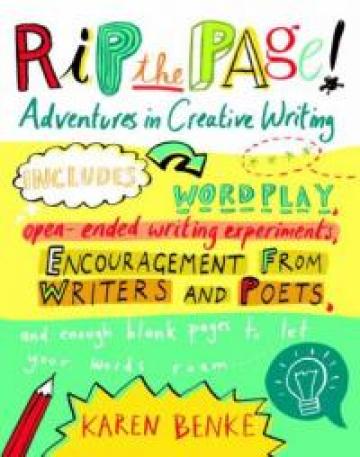 You are a writer. You may not know it, but you are. Everybody has stories. Unless you’ve been in a coma, you’ve been doing something. Even if you were in a coma, when you awaken, you have an incredible story to tell. I don’t recommend trying to fall into a coma for inspiration, though. There are a lot of methods that are far less traumatic.

Firstly, this is a library blog. The library is a resource. Sometimes, even with stories inside you, it can be challenging to get them out to the world. Where do you start? Writers’ block is a real problem, but there are exercises you can do to squelch it. 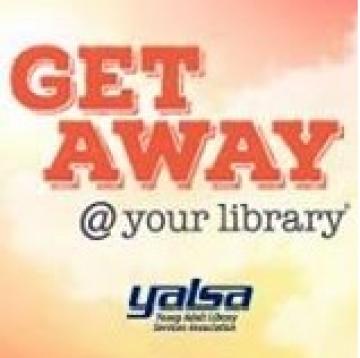 The Metro only goes so far. Your imagination, though, is limitless. This year’s Teen Read Week theme is “Get Away @ Your Library.” We are proud of how our ten branches all have books that transport readers to other places—both real and whimsical.

To see Epic Read’s map of the United States with the setting of one young adult book representing each state, click here. For young adult books about Americans in other countries, look at Reading Underground’s map here. To see what the Kansas City Public Library has for teens set in lands that don’t really exist, click here.

No matter when you read these books, enjoy the experience of being carried away. You don’t have to stay where you are, so long as an author has brought you along for the ride. 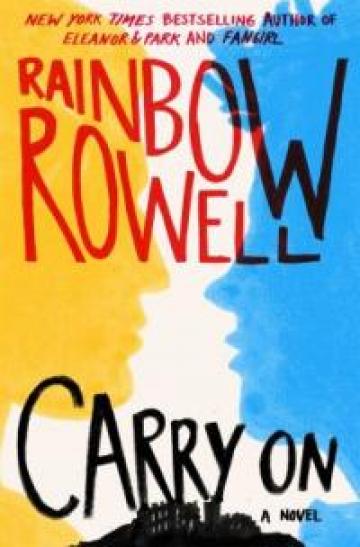 Carry On by Rainbow Rowell

Carry On was another entrant in the “Chosen One” category, a la Harry Potter, Frodo, and countless other (usually YA) novels wherein a main character is given a Herculean task and, after many trials and tribulations, completes it. However, our hero in this story -- Simon Snow -- wasn’t necessarily the wizard any of us would have chosen for the job. He’s a self-proclaimed “thug” who thought more about food than magic.

In fact, Rainbow Rowell precisely and perfectly constructed characters that broke the mold of the genre. A girlfriend who was more enamored with the bad guy. A mentor who was never around to counsel because he was off raiding people’s houses in a costume and a funny mustache. A wizarding world with cars, and laptops, and smart phones. 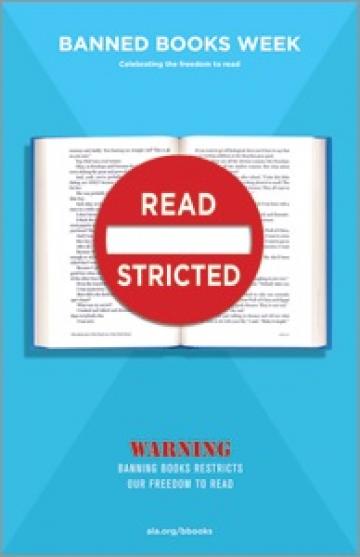 Imagine this: You hear about a book that sounds really interesting. Your friends have raved about it. You haven’t been this excited to get your hands on something to read in a long time. You go to the library to check it out. No can do. Somebody has taken all copies of those books off the shelves. Nobody will be able to borrow them for a long time. You are out of luck.

Does this sound extreme? For some people, this is life. They have experienced it. However, libraries are supposed to be places that protect our First Amendment rights to Freedom of Speech. That means being able to access the information that you want and need. Those of us who work here take that very seriously.