Changing KC, One Corrected Typo at a Time

Misspellings on marquees, apostrophe abuse in ads – Jeff Deck and Benjamin Herson have seen it all. The Great Typo Hunt documents their road trip with friends ridding America of grammatical errors. In honor of their presentation at the Plaza Branch (click here for details), we conducted a typo hunt of our own around Kansas City.

Over the past week and a half, we at the Kansas City Public Library have been leading a campaign to scour the local landscape for typos. Unlike Deck and Herson’s Typo Eradication Advancement League (TEAL), whose 2008 journey led to the correction of hundreds of public transgressions against the English language nationwide, our humble mission sought only to capture local violations. And we enlisted your help doing it.

After a Saturday spent driving around the metro in search of things like possessive/contraction confusion (i.e., “it’s” versus “its”) and finding only one mistake, we concluded that Kansas City is a more literate city than most. But just to be sure, we turned to our followers on Facebook and Twitter and asked them and their friends to send us photos. A trickle of misspellings and unnecessary quotations turned into a stream, and we ended up with around 20 questionable uses of the language.

We’re about to show you some of the best you sent in.

But first, lest anyone accuse us of being persnickety librarians, know that we do this in a spirit of good will. We are celebrating the standards of the language we share by pointing out instances where we, as a community, neglected to uphold them. Whether it’s in blogging, emailing, taping up a handmade sign or erecting a highway billboard, we’re all filling each others’ fields of vision with words, day in and day out. And some of us need help. As Deck points out, in the current economic climate, mom-and-pop businesses especially can benefit from some free editing.

Somewhere along the line I realized that – unfairly or not – stores and their products would be judged by their presentation. That included grammatical correctness. The big-box stores used professionally made (and edited) signs to enhance the visual appeal of their stores. The little guy printed something out and taped it to the tables, walls, or windows. They started out at a disadvantage, but a grammatical error could set them even farther behind. No matter how many clichés warn us against it, we are visually oriented creatures, and we do judge the books by their covers.

So don’t judge too harshly the grammatical lapses you’re about to see. After all, as you’ll find out below, we caught a typo right between our own bookshelves. 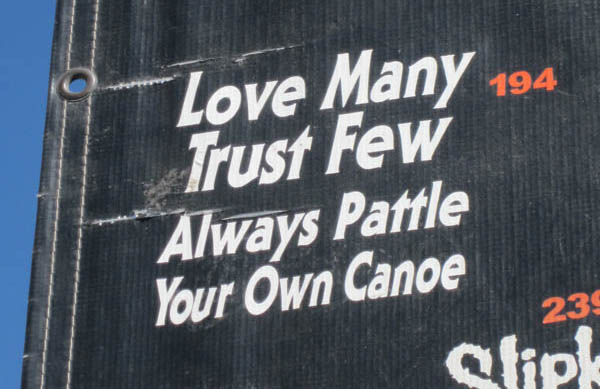 These are words to live by, except for the glaring misspelling. This was emblazoned on a tent at a local festival. 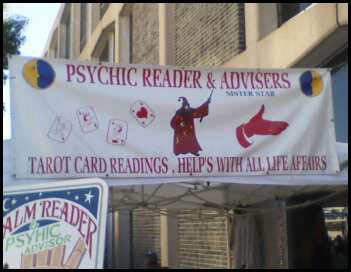 From the same festival, here’s a banner for a medium who might want to work on the message. Errors: “advisers” instead of “advisors” and the unnecessary apostrophe in “help’s”. 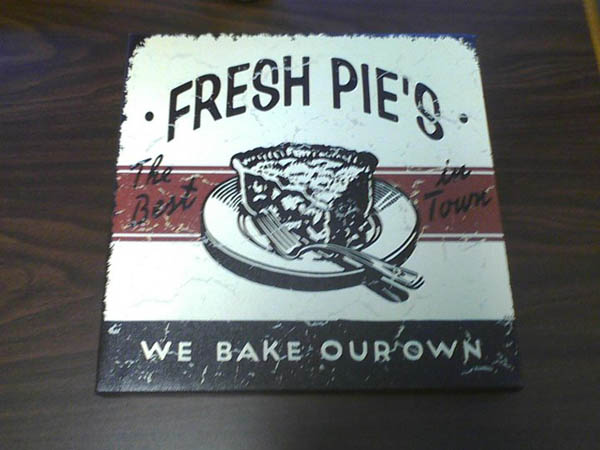 If you read this sign a certain way, it almost makes sense: “Fresh pie’s the best in town.” Sadly, we don’t think the sign’s designers intended “pie’s” to be a read as a contraction. 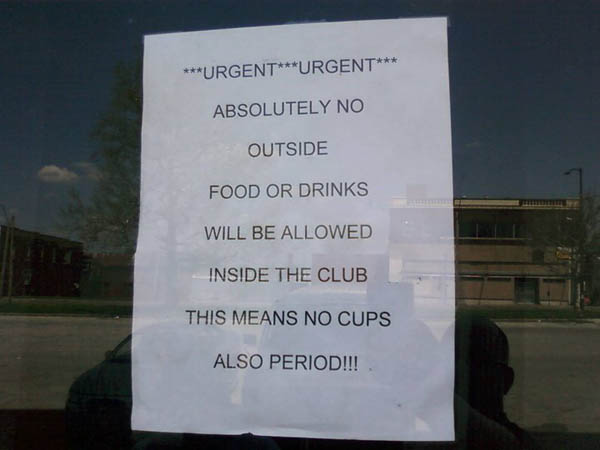 Had this sign been taped on the outside of the window, the typo hunter who snapped this pic could’ve added a period after “club” and a comma after “cups,” probably marking out “also,” too. As for the extraneous exclamation points – you be the judge! 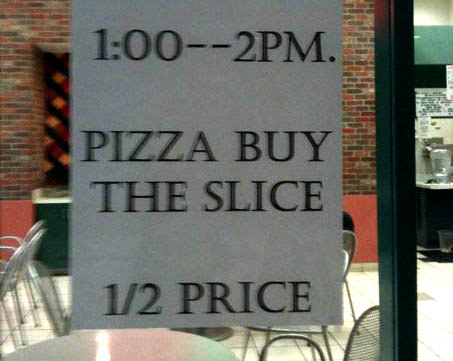 Is it a pun, or is it just a mistake? In addition to the awkward ambiguity of “buy,” this notice also features lack of consistency with the times. “1 to 2 p.m.” would’ve sufficed. 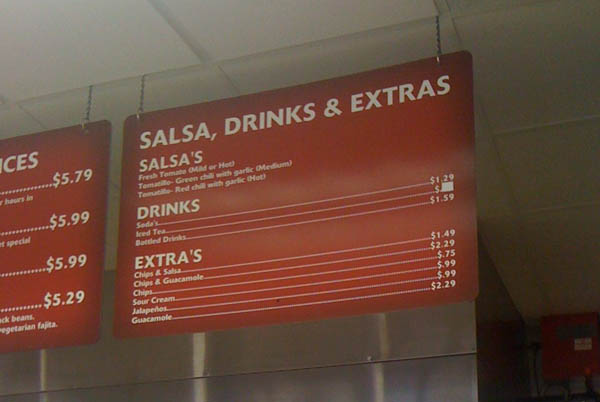 Salsas and extras show their possessive side on this local menu.

We have no doubt the purveyors of the property in question are consummate professionals. But that’s not how you spell “condominium.” 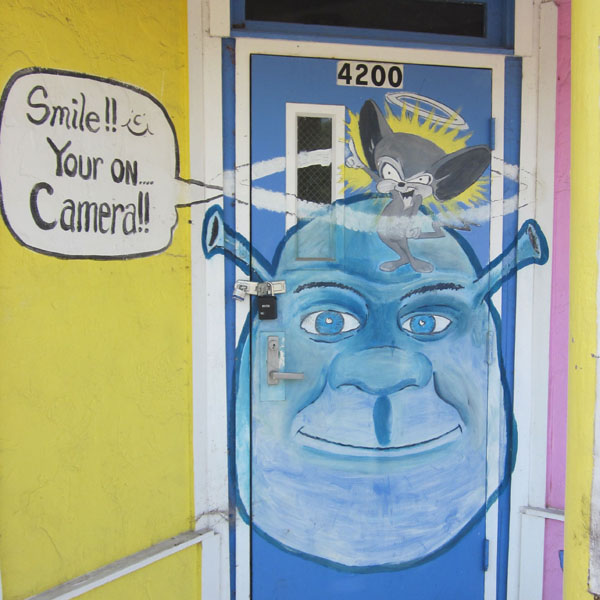 This midtown mural is really too adorable to complain about – much less vandalize with a corrective stroke of a Sharpie. Had we been there during the original painting, however, we might have humbly suggested going with “you’re.”

Oh, of all the words to misspell on this local school's sign.

And now, for the pièce de résistance... 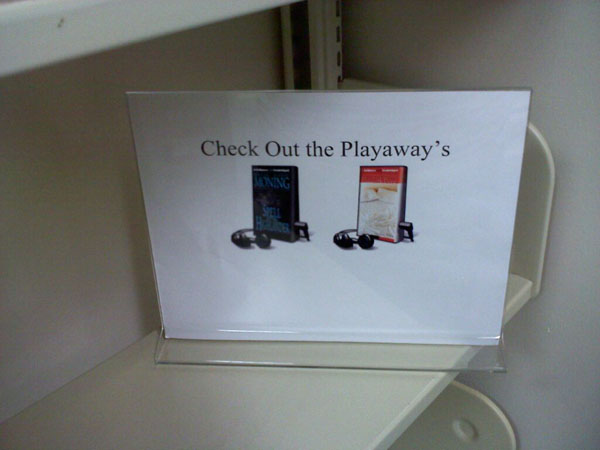 This sign advertising the Library’s audiobook Playaways proves that we make mistakes, too.

Thanks to everyone who sent in errors. We encourage you to keep ferreting out local typos and other grammar and punctuation bloopers, and we’ll see you tonight at the Plaza Branch at 6:30 p.m., for a presentation by the authors of The Great Typo Hunt.