I recently had the opportunity to speak with children’s author and illustrator Jon Klassen. His first solo book, I Want My Hat Back, was selected at one of the 10 Best Illustrated Children’s Books for 2011 by The New York Times. Klassen’s follow-up, This Is Not My Hat, just won the 2013 Caldecott Medal. He also received a 2013 Caldecott honor for his illustrations for Extra Yarn, written by Mac Barnett. He just collaborated with Daniel Handler (better known by Lemony Snicket) on the picture book The Dark, which was published this month.

So you just won the Caldecott. What was that like for you?

It’s crazy. There’s just no way to prepare yourself for that. […] I’ve been trying to put it into context: I’ve been really busy since it happened, so I haven’t been able to sit down and really do whatever you are supposed to do to make that settle into your head. The most I can think about is it gets me to be able to do this for a while longer. That’s the best part of it. ‘Well, alright… I’m not going to get fired probably for a little while.’ [Laughs] So thinking that is great, I don’t how to put the rest of it into context, in terms of history, but at least with my own stuff I get to do it for a little while. 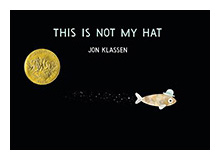 And what is it that you love about illustration? And writing?

For this stuff it’s very hand-in-hand, and I think I like that best about it. That it’s not really one or the other […] It becomes less about the illustration, and more about just thinking of ideas that serve as both things. […] You think of illustration ideas a lot, you might think of writing ideas a lot, but rarely do you get an idea that uses both, and that’s my favorite stuff. It’s an especially nice thing when that happens.

Is it a different approach you take with children versus adults, or is there anything you think about differently [when creating books]?

No, I think the most you can do is keep it simple, but for subject matter as what kids like, I don’t think about it like that at all. I think that – I’m not sure how it sounds to say – but you have to be either suited to it or not. You can’t keep a checklist by you with ‘Well, kids like this; they don’t like that. They should read this or shouldn’t read that.’ You have to do what you think is going to be good, and what you’re interested in, and if that clicks, then it clicks, but I don’t think that there’s any steering it consciously past that.

You just collaborated with Daniel Handler (Lemony Snicket) on The Dark. What was it like working with him? 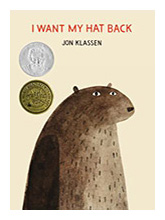 It was great. It was fantastic. I sent a picture of a boy with a flashlight, shining it down these stairs, and at the bottom was this black doorway, and the doorway just said ‘"Down here," said the Dark.’ And I sent it to his editor.

It was before I had done a lot of books, years and years ago , and I said ‘I don’t know how to arc this, or how to make this into a narrative thing, but I think it’s a cool visual set up for something,’ and she sent it to Daniel and then like a couple minutes later he sent back this finished text which is pretty much what the book is now, and it worked perfectly to the idea visually, and it was totally just built for illustration. It was a huge gift. It’s an amazing book.

What do you think we can do build a strong community of readers – as a community, as individuals, as writers?

I think that it’s always going to be about stories. We talk about kids falling into reading or out of reading, and what gets kids interested in reading itself. […] The act of reading is a really hard thing to promote on its own, because you associate it with all sorts of things, so you need to, I think that if you get a kid – and I was this way certainly – if you get a kid interested, or any audience interested in a story and reading just happens to be how they’re taking it in, They’re going to read it, and by association they’re going to read more after that.

But it’s not because they’re sitting there thinking ‘Reading is great!’ They’re going ‘This story is great! This character is really interesting!’ or whatever it is. They just happen to be reading. I don’t know how you promote reading abstractly. I don’t know how you would do it without the material to back it up. 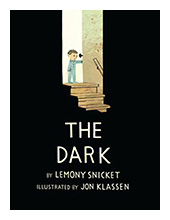 In the stories that you like. This goes back to the illustration thing too: that the best ones are completely suited to reading. We always talk about original books that are better than movies, or something like that, but that’s because they’re using their form perfectly. There are books that are just perfectly suited to that kind of story. You can’t tell that story as movies or something else, it has to be read. So as soon as you start recognizing that – what books are good at, what writing is best at – then you get excited about reading. It’s not because you like the act of reading, it’s because you know what books are best at and you like those kinds of stories.

For more information on Klassen and his work, you can check out jonklassen.tumblr.com. His books have been published by Candlewick Press and Little, Brown and Company. We also have a great selection of his works here at the Library available for checkout, just search in our online catalog.

Liesl Christman is the Digital Content Specialist for The Kansas City Public Library.