Library Interview: Brooks Blevins on "Ghost of the Ozarks"

“I’m a country guy and always will be,” explains author and educator Brooks Blevins. “For me, being an Ozarker means being able to get away from everything and be out in the country.”

Of course, it also has meant a career studying the region of his birth and its inhabitants.

Blevins is is the Noel Boyd Associate Professor of Ozarks Studies at Missouri State University, and the author of many books about the region. He’ll discuss his latest, Ghost of the Ozarks: Murder and Memory in the Upland South on Sunday, May 20, 2012 at 2 p.m. at the Central Library, 14 W. 10th St.

The event is part of the Library’s Missouri Valley Sundays series. Admission is free. RSVP online or call 816.701.3407.

Ghost of the Ozarks is the story of a 1929 murder/rape case in a remote corner of the Ozarks, a crime that generated national publicity and left many if not most Americans with an impression of the region as a hotbed of superstition, ignorance, and poverty.

That negative impression lingers to this day.

Born in north central Arkansas near the little town of Violet Hill, Blevins grew up on a farm. In fact, he still lives there.

“I didn’t have a lot of exposure to the outside,” he says of his childhood, “and I wasn’t really all that aware of how the rest of the world viewed the Ozarks.

“But about five miles from our farm was a retirement community filled with transplants from Iowa, Illinois, the upper Midwest. I remember picking up on the conflicts between the retirees and the locals. The retirees had this negative perception of the people they had settled among.

“My parents were teachers in our local school district, and at one time two or three of the school board members were Northern transplants. They had their ideas, we had ours, and there was lots of friction.

“But as a kid I thought of it more as a Northern/Southern thing than an Ozarks thing.”

It wasn’t until he was attending nearby Lyon College, Blevins says, that he became aware of the Ozark stereotype held by many people.

“I remember coming across this book on the Ozarks in the school library and seeing a map. And I noticed that where I came from was right in the middle of the Ozarks. 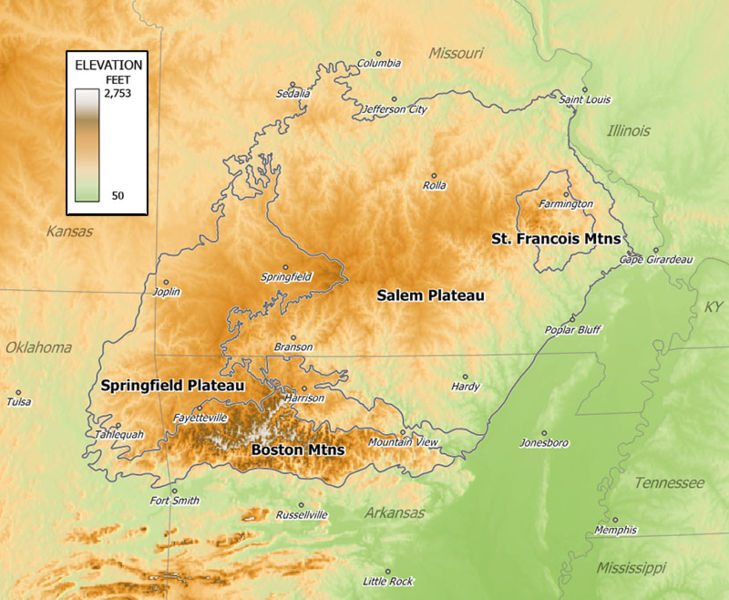 A specialist in the history of the South, Blevins realized that there was very little good history written about the region. Many books dealt with Ozarks folklore, Ozarks music, “the romantic stuff that perpetuated the idea of the Ozarks as a backwards region.”

For Blevins it was the beginning of a career.

He says he tries to be an objective historian.

“I’m not necessarily proud of being an Ozarker. But I have a real sense of place. I love the physical beauty of the region.

“Actually, I do not consider the Ozarks unique or special. If you get out enough you realize the Ozarks is more like other places in rural America than it is different from them. I don’t practice Ozarks exceptionalism.”

The irony, he said, is that it is the widespread stereotypes about the Ozarks that makes his program of study possible.

“For a program like mine to exist, students must be drawn to it. And if they’re drawn by the exotic nature of the Ozarks, so be it.”

In recent years, Blevins said, the American South has generated lots of interest thanks to the media, especially reality television, which has gravitated toward rural Southern characters.

The recent film Winter’s Bone had an impact, too.

“I liked Winter’s Bone. I thought they did a pretty good job of depicting a sub-section of the Ozarks. Meth cookers may not be a subject the Chamber of Commerce wants to emphasize, but they do exist. And the interest in that culture has been especially valuable for Ozarks studies.”