You’ve asked “What’s your KCQ?” a lot of questions over the years, and The Star and the Kansas City Public Library have been hard at work answering them.

Together we’ve explored this unfinished mansion, followed the trail of a 1970 Chiefs’ autographed barracuda and tracked down answers to your most pressing questions about Kansas City in the time of COVID-19.

Here’s a trip down memory lane: The best, and quirkiest, of KCQ.

1. KC is a city of caves and tunnels 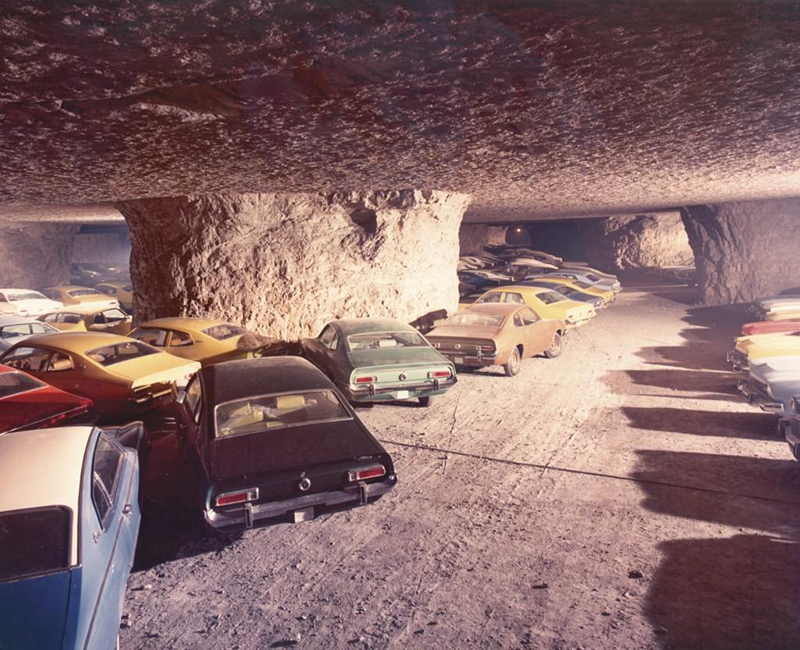 New Ford vehicles in the 1970s endured a dusty storage at Hunt Midwest but stayed out of the sun, rain and hail. | Hunt Midwest

Neither of these have caught on as Kansas City slogans, but they should.

2. How do Kansas City’s downtown buildings coordinate their lights? 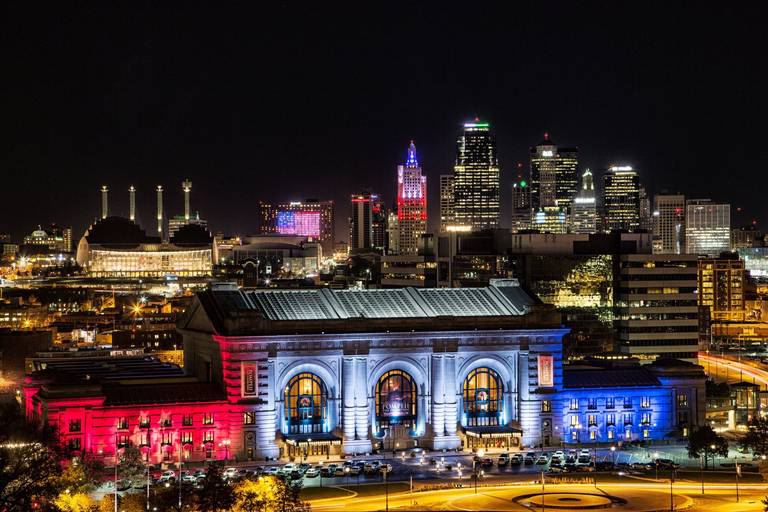 Every once in a while, the Kansas City skyline lights up in brilliant, seemingly coordinated hues — like everyone got together to make the city shine.

Kansas City hallmarks like Union Station, Power & Light and the Bartle Hall Pylons, alongside other downtown properties, often light their buildings for special occasions and holidays.

There’s no master calendar or grand plan. It’s up to each individual property whether or not to participate. But, you could call it a community building exercise.

Michael Tritt, chief marketing officer at Union Station said “the affection around Kansas City goes off the charts” when the buildings light up together.

“It’s one thing to put things in words. It’s an entirely different thing ... to create that unforgettable picture.” 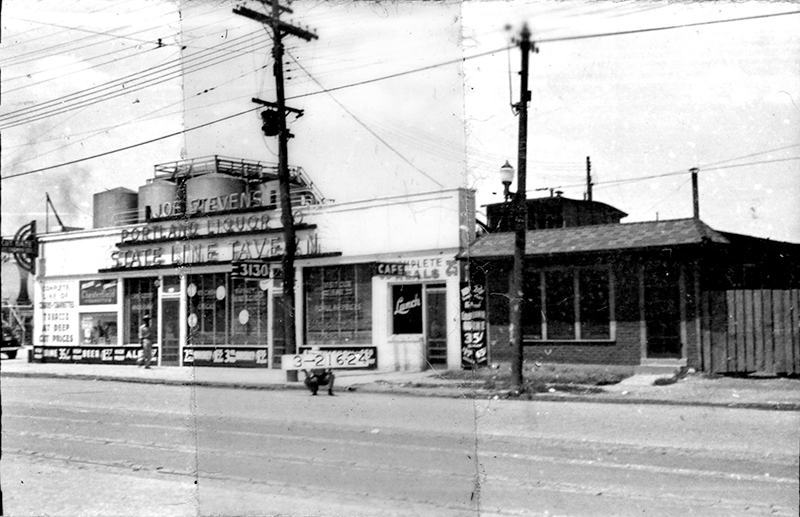 This installment of KCQ is a story of gambling, gangsters and geography.

Reader William Renegar wanted to know, “Was there once a gambling establishment on Southwest Boulevard on the state line that was part in Kansas and part in Missouri?”

There’s a story in his family about a relative, Fred Renegar, who supposedly ran a saloon on the state line before he was killed by the mob over an unsettled debt. His murder was never solved. Renegar wondered if there was any truth to it.

But things looked a little different a century ago, when 31st Street didn’t extend to Southwest Boulevard. It hit Bell Street, which led to the boulevard and its plethora of lumber yards, construction companies, garages, a brewery, and oil companies, as well as other industrial concerns — along with the occasional restaurant, lunch counter, and saloon or tavern.

A survey of early 20th century Sanborn Fire Insurance maps, city directory listings, and newspaper articles identifies two buildings on the state line that housed taverns. One, the Last Chance Tavern (or Saloon), was on the south side of the street at 3205 Southwest Blvd. On the north side, at 3130 Southwest Blvd., was the State Line Tavern.

If you’re wondering why two taverns happened to straddle the border between two states, it’s relatively straightforward: to take full advantage of the geographical limits of law enforcement.

4. Why is there a ‘bridge to nowhere’ in Kansas City? 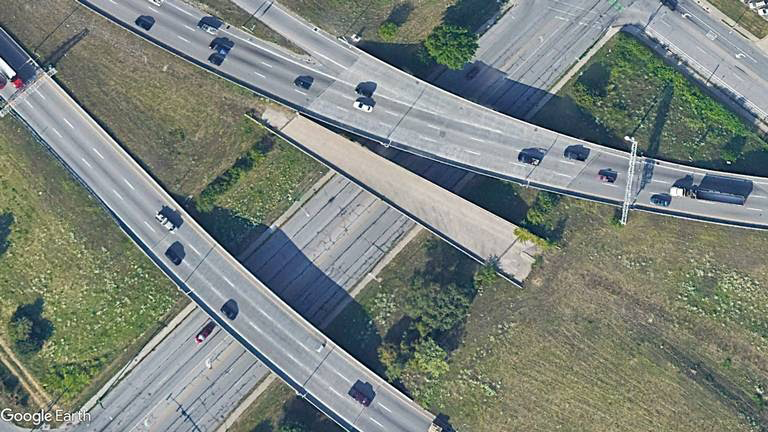 Kansas City has a ‘bridge to nowhere’ along Interstate 70 in the Benton Curve. GOOGLE EARTH

J.P. Morgan of Olathe suspects most people haven’t noticed the bridge that goes nowhere in Kansas City, even though thousands of drivers pass it on their daily commutes.

It’s in the Benton Curve on Interstate 70, between Benton Boulevard and Indiana Avenue.

What Morgan has noticed is an old highway bridge that spans Truman Road, connecting nothing but one patch of grass to another. It appears to serve no purpose and seems out of place, plopped down on the small green spaces between busy sections of active highway.

5. Where’s the Chiefs-autographed Barracuda from 1969? 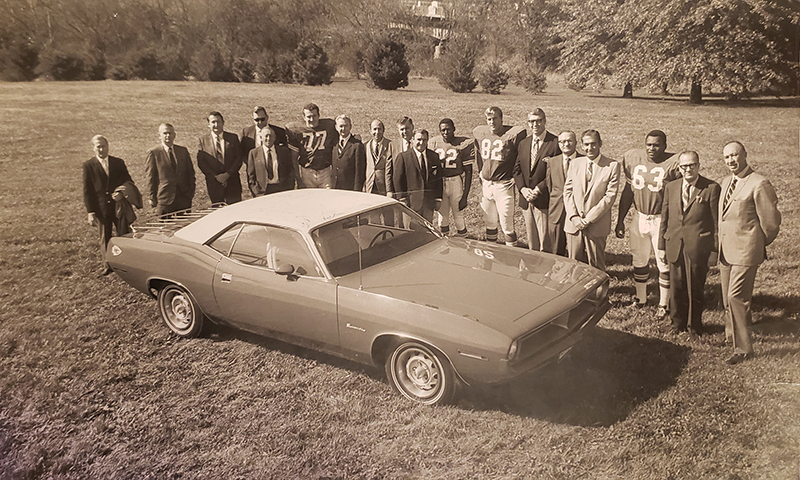 KC Chrysler/Plymouth dealers, Chiefs players and coaches pose with the car after practice in the fall of 1969. | Rod Hanna

Picture a high, wobbly punt. The football twisting and turning, taking a few crazy bounces before it rolls across the goal line.

That’s the sports equivalent of our KCQ quest to find an autographed car known as the Cuda Chief.

Lewis Jones recalls that sometime in the fall of 1969, a Plymouth Barracuda, autographed by everyone on the team, was given away at a Chiefs game. He’d like to know what became of the valuable sports collectible.

So we went to work. The assignment sounded easy enough. We found a few photos WDAF-TV had posted on Facebook that show the Cuda Chief on display outside the station. And an article from what appeared to be a Chrysler/Plymouth dealers newsletter extolled the promotion’s success — but didn’t include the winner’s name. 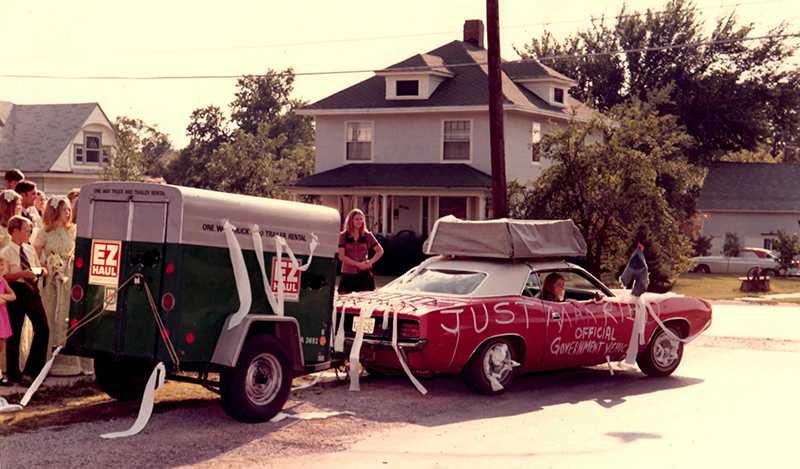 We finally tracked it down. But what ensued was a bit confusing. We tracked all the way to a Wilmington car lot — and the journey was quite interesting.

So here’s the rub. Without a VIN, or the kind of paperwork that no one seems to have kept, any further stops beyond that Wilmington car lot would be awfully hard to track. Then again, if the Chiefs can come roaring back from 24 points down, who’s to say the rest of this muscle car mystery can’t be solved?

As always, we are here for you. Do you have questions about our community’s history? Want to know more about an unusual KC landmark that caught your eye? Ask here, at the module below or email kcq@kcstar.com.