What’s your KC Q is a joint project of the Kansas City Public Library and The Kansas City Star. Readers submit questions, the public votes on which questions to answer, and our team of librarians and reporters dig deep to uncover the answers.

Stop and read this KCQ for the reason and history behind the red lights on U.S. 71

As sure as the morning commute, it’s time for another “What’s Your KCQ?”

The KCQ partnership between The Star and the Kansas City Public Library is here to answer readers’ questions about our region. And this one takes us back to the highways and biways of Kansas City. (It has been a popular KCQ topic.)

A KCQ readers asks: “Why does U.S. 71 (Bruce R. Watkins Memorial Drive) have stoplights instead of a straight run downtown?”

We dived into the archives of The Kansas City Star to help tell the story. 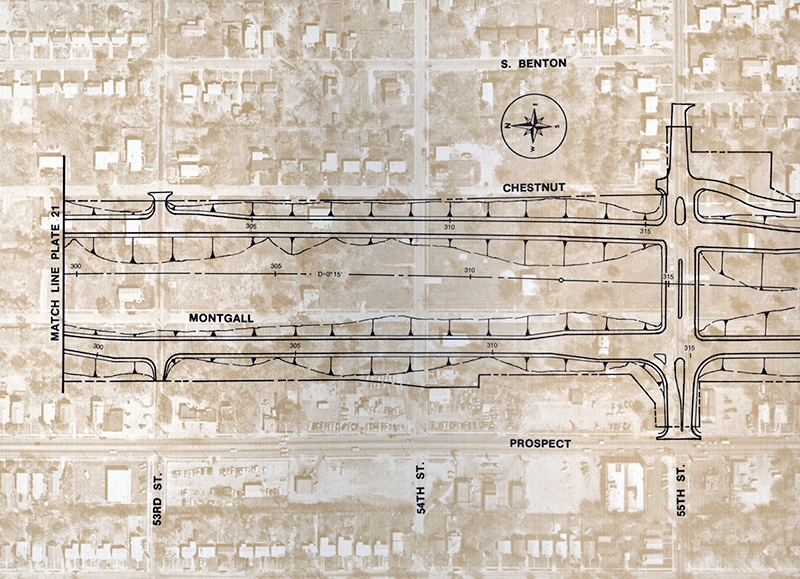 The simple answer can be found in this The Watchdog piece from August, 25, 2010.

“The stoplights resulted from a disagreement between the state of Missouri, which wanted to build a freeway along the entire 10-mile corridor, and some residents of the surrounding neighborhoods, who thought a freeway would damage and divide their community. Litigation held up the project for years, even as the cleared route scarred the East Side.

“But in a 1985 court settlement, neighbors won a concession: The part of Watkins from Gregory Boulevard to 55th Street would be a parkway, with lower speed limits and traffic lights at 55th and 59th streets and at Gregory. The idea was to give drivers easier access to nearby businesses and residential areas, increasing the likelihood of economic development. Also part of the deal was enhanced landscaping and fancier bridges along Watkins Drive.” 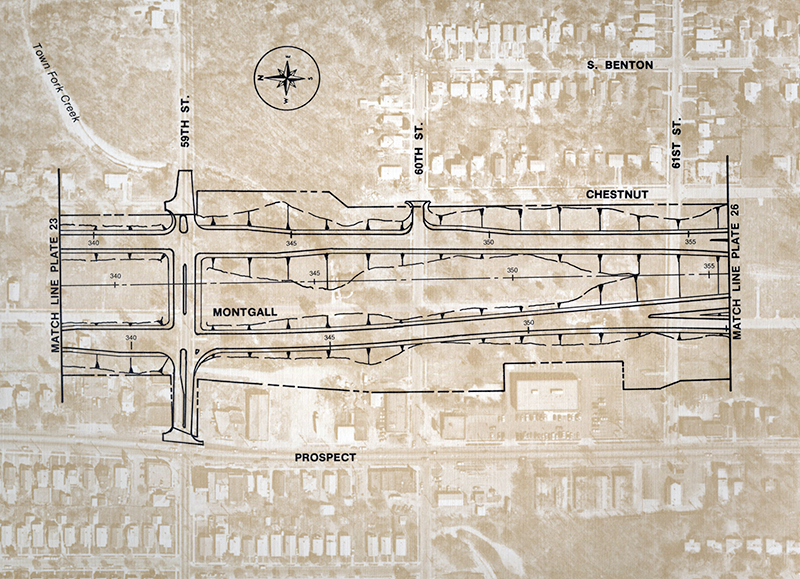 Upon its completion in October 2001, reporter Matt Campbell wrote about the long road to complete Watkins:

“The tortuous process scarred Kansas City, leaving bitter feelings that for some linger today. It was an example, many of the battle-worn say, of how government should not work.

“ ‘One of the negatives that we may never be able to erase is the perception that government cannot be trusted,’ said Emanuel Cleaver, who was in the trenches as a councilman and then mayor in the fight over taking people’s property.

“The battles helped shape Watkins Drive into a distinctive freeway unlike any other in Kansas City.

“Neighborhood leaders insisted on stoplights within the parkwaylike section. Bridges over the road were redesigned for beauty. Cantilevered sidewalks were added to make both sides accessible to the neighborhoods.

Despite early missteps, Bruce R. Watkins Drive today is a concrete reality. It ended up costing $220 million (as much as $300 million if you include design costs, land acquisition and amenities).

“An estimated 32,000 vehicles a day already use the road. When the connection to downtown opens - and when motorists discover it - that volume is expected to spike.” 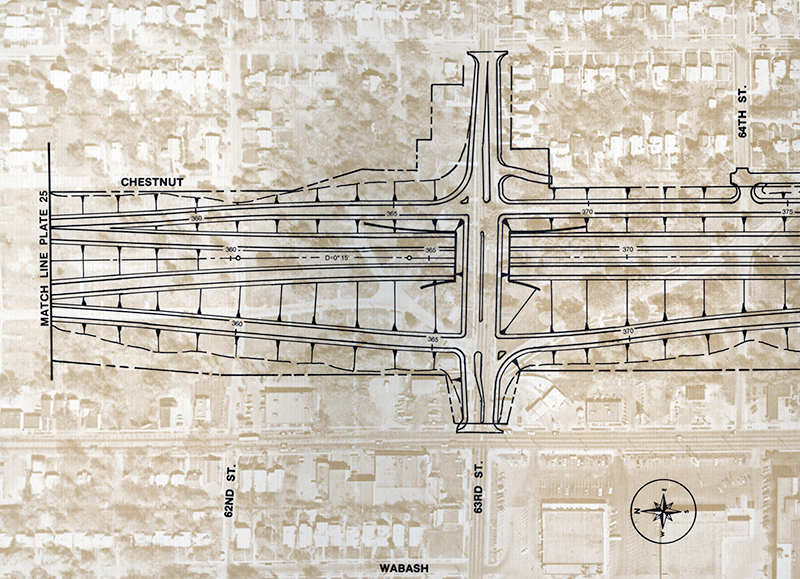 And Tim Engle took The Star’s readers on a ride in 2002. Here are some excerpts from his “journey of appreciation” for Bruce R. Watkins Memorial Drive.

“They say you can’t love something that can’t love you back, but Bruce R. Watkins Drive might be an exception. The final stretch of the new freeway that links southeast Kansas City with downtown opened last October. Since then a whole lot of area drivers have discovered how drivable it is. And lovely to look at - even lovely to look from.

“It sure took long enough to get here. The first earth was turned 30 years ago, but the need for a north-south thoroughfare was being talked about two decades before that, in 1951. The Watkins, sometimes described as ‘less than a freeway, more than a parkway,’ ended up costing about $300 million.

“We know it’s a little odd to rhapsodize about a stretch of concrete, but it’s just not your typical road. ...

“It’s not particularly evident now, but there’s going to be extensive landscaping along Watkins Drive. ...

“A good piece of Watkins Drive offers views of neighborhoods - houses and churches and schools. ...

“This thoroughfare was supposed to be the South Midtown Freeway or South Midtown Roadway (bor-ing!), but city leaders decided to name it Bruce R. Watkins Drive in honor of the late civil-rights activist and KC councilman. Ironically, Watkins was an opponent of the freeway project.”