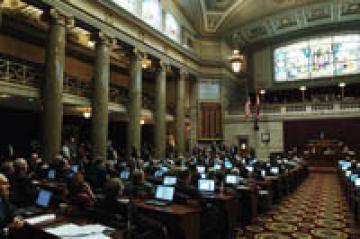 How to Navigate the 2010 Midterm Elections
Last modified:
Monday, November 1, 2010

Election Day is November 2. Do you know where your ballot box is? Because we love helping people exercise their right to participate in democracy, we thought we’d compile a short list of some resources to help you get your vote on in Tuesday’s midterm elections.

How to Find the Perfect Novel
Last modified:
Tuesday, September 14, 2010

What's next? It’s the book lover's eternal question. Your Facebook friends may have suggestions, but have they done the research? Amazon tells you what other people bought, but how relevant is that, really? When you're looking for that next great read, the book recommendation database NoveList finds fiction to match your tastes.

Developed by trained readers' advisory librarians, NoveList by EBSCOhost is a comprehensive fiction recommendation engine that you can use for free with your Kansas City Public Library card. To access it, go to our databases page and search by topic (Languages & Literature) or alphabetically (“N”). Or just click here. Log in by typing in the number on the back of your Library card and entering your PIN. (If you forgot your PIN, fill out this online form to have it immediately emailed to you.) 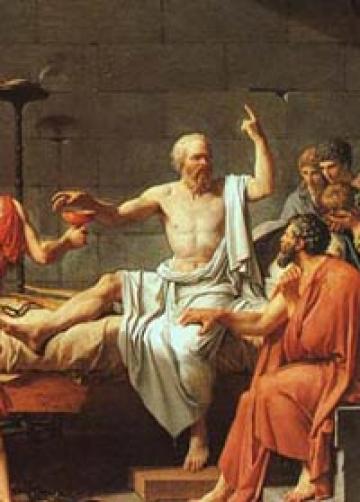 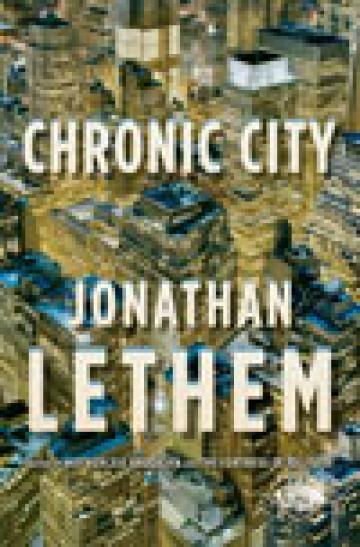 Looking for a good book to read or give? Check out these end-of-year “best of 2009” lists for some ideas.

These books at the Library explore the history of African Americans in aviation, with a special emphasis on the Tuskegee airmen who fought in World War II.

Blue Skies, Black Wings: African American Pioneers of Aviation
By Samuel L. Broadnax
Blue Skies, Black Wings recounts the history of African Americans in the skies from the very beginnings of manned flight. From Charles Wesley Peters, who flew his own plane in 1911, and Eugene Bullard, a black American pilot with the French in World War I, to the 1945 Freeman Field mutiny against segregationist policies in the Air Corps, Broadnax paints a vivid picture of the people who fought oppression to make the skies their own.

The National Book Foundation announced the 2009 National Book Award winners on November 18, 2009. Check out this year’s winners or take a look at the winners from previous years to find some great reading material.

Let the Great World Spin
By Colum McCann
McCann offers a dazzling and hauntingly rich vision of the loveliness, pain, and mystery of life in New York City in the 1970s.

Learn all about the business of real estate in these books at the Library.

Creating and Growing Real Estate Wealth: The 4 Stages to a Lifetime of Success
By William Poorvu
Drawing on his personal experience – and hundreds of interviews with many of the most successful real estate investors and entrepreneurs – Poorvu illuminates every stage of "life" in real estate: creating wealth, growing it, and managing it successfully.

The Real Estate Game: The Intelligent Guide to Decision-Making and Investment
By William Poorvu with Jeffrey L. Cruikshank
The Real Estate Game is a comprehensive guide to successful real estate investment from one of the masters in the field. Drawing upon four decades of experience developing, owning, and managing properties and on almost thirty years of teaching at the Harvard Business School, William J. Poorvu offers an insider's perspective on how to make smart decisions about real estate.

President James K. Polk was responsible for America’s second largest expansion, including parts of Colorado, Arizona, New Mexico, and Wyoming, as well as all of California, Nevada, and Utah, as part of the Treaty of Guadalupe Hidalgo, ending the Mexican War (1846-48). These books include biographies of Polk and histories of the Mexican War.

A Country of Vast Designs: James K. Polk, the Mexican War and the Conquest of the American Continent
By Robert W. Merry
In A Country of Vast Designs, Merry casts Polk’s accomplishments against the issues of the day, including debates over slavery and expansion, the appropriate use of military force, federal power and states’ rights, civility in the public square, and the fundamental principles of American foreign policy.

Carlotta Walls LaNier, one of the Little Rock Nine, had the courage to face daily insults and challenges as a teenager in the newly integrated Little Rock Central High School in the late 1950s. These books tell the stories of other everyday heroes who helped to turn civil rights from a cause into a movement that relied on the willingness of average citizens to make sacrifices for equality.

A Mighty Long Way: My Journey to Justice at Little Rock Central High School
By Carlotta Walls LaNier; Foreword by Bill Clinton
When 14-year-old Carlotta Walls walks up the stairs of Little Rock Central High School on September 25, 1957, she and eight other black students only want to make it to class. But the journey of the "Little Rock Nine" would lead the nation on an even longer and much more turbulent path, one that would forever change the landscape of America.

Robert Altman’s successful filmmaking career spanned over forty years. This list includes books that explore his work and a selection of movies directed by him.

Robert Altman: The Oral Biography
By Mitchell Zuckoff
The book is based on exclusive interviews with Altman as well as interviews with family and friends, a few enemies, agents, writers, crew members, and the stars who worked with him, including: Meryl Streep, Warren Beatty, Tim Robbins, Julianne Moore, Paul Newman, Julie Christie, Elliott Gould, Martin Scorsese, and Robin Williams.

Learn about the Chinese economy, its success, and growth in these books at the Library.

Superfusion: How China and America Became One Economy and Why the World's Prosperity Depends On It
By Zachary Karabell
The emergence of China as an economic superpower is now widely recognized, but as Zachary Karabell reveals, that is only one aspect of the story. Over the past decade, the Chinese and U.S. economies have fused to become one integrated system. How China and the United States manage their relationship will determine whether the coming decades witness increased global prosperity or greater instability.

November 9, 2009, is the 20th anniversary of the fall of the Berlin Wall. These books at the Library explore the history of the Wall and modern Berlin.

Tear Down This Wall: A City, a President, and the Speech That Ended the Cold War
By Romesh Ratnesar
This book explores the events leading up to and after the “Tear Down this Wall” speech that President Ronald Reagan gave in front of 20,000 people in West Berlin.

These books at the Library tell the personal stories of people who have experienced homelessness firsthand.

The Soloist: A Lost Dream, an Unlikely Friendship, and the Redemptive Power of Music
By Steve Lopez
This moving story of a remarkable bond between a journalist in search of a story and a homeless, classically trained musician, The Soloist was also made into a feature film starring Jamie Foxx and Robert Downey, Jr.

Nomads of a Desert City: Personal Stories from Citizens of the Street
Photographs & interviews by Barbara Seyda
Seyda interviewed and photographed thirteen homeless men and women, young and old, in Tucson, Arizona. This book presents a portrait of life on the street and in homeless shelters in the words of those who live it.

These memoirs and histories depict life in Hungary – from World War II to living under Communist rule to the Hungarian Revolution of 1956.

Enemies of the People: My Family's Journey to America
By Kati Marton
Renowned author Kati Marton tells how her journalist parents survived the Nazis in Budapest and were imprisoned by the Soviets. After obtaining secret police files detailing her family's activities in Budapest during Nazi and Communist regimes, Marton discovered terrifying truths: secret love affairs, betrayals inside the family circle, and brutalities alongside acts of stunning courage - and, above all, deep family love. Based on reports and her own interviews, she reveals how her parents - pawns in the Cold War between Washington and Moscow - were betrayed by friends and colleagues, even their babysitter, and eventually imprisoned.

The anti-Communist movement in the United States grew to a fever pitch in the 1950s. These books explore the impact, history, and personal stories of the Red Scare.