Learn all about John Brown, the abolitionist who rose to fame during the Bleeding Kansas years in the mid- to late-1850s, was executed for his raid on the armory at Harpers Ferry, and elevated to legend in the years that followed.

John Brown, Abolitionist: The Man Who Killed Slavery, Sparked the Civil War, and Seeded Civil Rights
By David S. Reynolds
This biography by the prize-winning cultural historian brings to life the controversial anti-slavery martyr who used terrorist tactics against slavery and single-handedly changed the course of American history.

Just in time for football season, these books examine high school football teams and the small towns they played in.

Our Boys: A Season on the Plains with the Smith Center Redmen
By Joe Drape
The football team in Smith Center, Kansas, has won sixty-seven games in a row, the nation’s longest high-school winning streak. Joe Drape, a Kansas City native and an award-winning sportswriter for The New York Times, moved his family to Smith Center to discover what makes the team and the town an inspiration even to those who live hundreds of miles away. His stories of the coaches, players, and parents reveal a community fighting to hold on to a way of life that is rich in value, even as its economic fortunes decline.

Learn all about Charlie “Bird” Parker, the Kansas City-born musician who became one of the most well-known jazz artists in America, with these books at the Library.

Chasin' the Bird: The Life and Legacy of Charlie Parker
By Brian Priestley
Priestley offers insight into Parker's career, beginning as a teenager single-mindedly devoted to mastering the saxophone through his death at 34 in such wretched condition that the doctor listed his age as 53.

Visual media, such as posters and photographs, play a significant role in shaping public opinion during war. These books at the library explore that role.

War Posters: Weapons of Mass Communication
By James Aulich
This book features more than 250 full-color illustrations of hard-hitting propaganda and groundbreaking graphic art. It encompasses iconic images such as Alfred Leete's "Your Country Needs You" as well as additional material drawn from the world of advertising and documentary photographs of posters in situ. Covering topics as diverse as advertising in World War I, the Bolshevik Revolution, the Spanish Civil War, Germany and Occupied Europe in World War II, anti-nuclear campaigns, and Vietnam, the book is comprehensive and highly analytical, yet accessible.

Annie Chambers ran a well-known brothel in Kansas City for nearly 50 years around the turn of the twentieth century. Read more about this local figure or check out a few books about the history of prostitution.

Annie Chambers
By Lenore Carroll
This novel was inspired by the life of Annie Chambers. She struggled to earn a living in an ignoble profession, was secretly in love with a respectable man, and enjoyed friendships and solidarity with women like herself who had no place to go.

“Biography of Annie Chambers”
By Daniel Coleman
This two-page article, prepared by the staff in the Missouri Valley Special Collections, provides a brief overview of Annie Chambers and her life.

Explore some of the many books about the Civil War in Missouri, including warfare along the Kansas/Missouri border, or pick up a few fictional accounts of the Civil War experience in this area.

The Civil War's First Blood: Missouri, 1854-1861
By James Denny and John Bradbury
The disagreements over states' rights and slavery gradually sharpened across the nation before the Civil War. In Missouri, due in part to the famous "compromise" that bore the state's name, those issues reached the boiling point during the 1850s. As a border state and a slave state surrounded by free neighbors, Missouri became one of the most hotly contested regions in the country. Missourians had strong loyalties to both the North and the South. When the conflict began, families, friends, and neighbors frequently found themselves on opposite sides.

Nelly Don: A Stitch in Time
By Terence Michael O'Malley
This companion book to the DVD tells the dramatic story of Nell Donnelly Reed’s life and includes many photographs and other illustrations.

Award-winning author Frank McCourt died in July 2009 at age 78. His memoir depicting a harsh childhood in Ireland, Angela’s Ashes, not only won the Pulitzer Prize for Biography, but also the Los Angeles Times Book Award and the National Book Critics Circle Award. Check out a few of Frank McCourt’s books at the Library or view some documentaries about his family and the feature film adaptation of Angela’s Ashes.

Angela’s Ashes: A Memoir
By Frank McCourt
This luminous memoir by Frank McCourt depicts his childhood in the slums of Limerick, Ireland. Frank's mother, Angela, has no money to feed the children since Frank's father, Malachy, rarely works, and when he does he drinks his wages. Yet Malachy - exasperating, irresponsible and beguiling - does nurture in Frank an appetite for the one thing he can provide: a story.

Enjoy the natural beauty of the Midwest and Western U.S. in these collections of landscape photography.

Places of Grace: The Natural Landscapes of the American Midwest
Photographs by Gary Irving; essay by Michal Strutin
This collection of photographs uncovers the mystery and beauty of a part of the country that for most people is hidden in plain view. Places of Grace reveals both the physical splendor and the natural history of a ten-state region encompassing Illinois, Nebraska, Wisconsin, Minnesota, Iowa, Missouri, Kansas, Ohio, Indiana, and Michigan. Open Places of Grace and be guided through forest, wetland, and prairie into the heart of the undiscovered Midwest. From the prairie grasses of western Nebraska to the boreal forests of Michigan's Upper Peninsula, this volume delights the eye and fires the imagination with unexpected images of lands that yet retain the marks of their primeval origins.

Celebrate Culinary Arts Month in July with these delicious novels – from drama to romance to mystery – which all feature chefs at work.

Eight people come together for cooking class at Chef Lillian’s restaurant each week in The School of Essential Ingredients by Erica Bauermeister. Their stories are told in vignettes tied together by the pleasure of food in this “remarkable debut” (Publishers Weekly).

Kate Jacobs, the bestselling author of The Friday Night Knitting Club, takes on the world of celebrity chefs in Comfort Food. About to turn fifty, Chef Augusta’s TV show “Cooking with Gusto!” ratings are falling and Augusta is forced to make changes that include the much younger Carmen Vega. Augusta must deal with the changes and a possible love interest while suffering a mid-life crisis.

The brutal murder of 14-year old African American Emmett Till in 1955 served as a catalyst for the Civil Rights movement. These books and films examine what happened and discuss its impact.

Death of Innocence: The Story of the Hate Crime that Changed America
By Mamie Till-Mobley and Christopher Benson
Speaking out for the first time, Mamie Till-Mobley offers a memoir of the 1955 slaying of her 14-year-old son, Emmett Till--the teenager whose murder galvanized the civil rights movement.

Money, murder, sex, and deceit – true crime stories depict the criminal element in society. Read about some of the worst in these books.

The Love Pirate and the Bandit's Son: Murder, Sin, and Scandal in the Shadow of Jesse James
By Laura James
Sparks flew when gold digger Dr. Zeo Zoe Wilkins and Jesse James, Jr. – the son of America's most legendary outlaw – crossed paths. The result: a tale of sex, deceit, money, and murder, grippingly told by noted true-crime blogger Laura James. 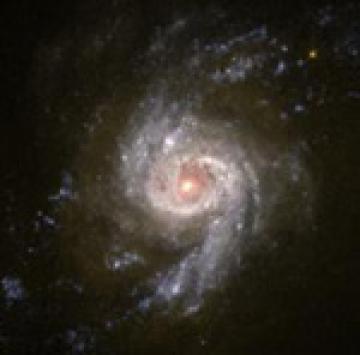 2009 is the International Year of Astronomy. To celebrate, explore our amazing universe through these books and films at the Library.

The New Solar System
Edited by J. Kelly Beatty, Carolyn Collins Petersen, and Andrew Chaikin
A distinguished team of researchers, many of them Principal Investigators on NASA missions, explain the solar system. The book examines the latest research and thinking about the solar system; looks at how the Sun and planets formed; and discusses our search for other planetary systems and the search for life in the solar system. In full-color and heavily-illustrated, the book contains more than 500 photographs, portrayals, and diagrams.

Born on July 7, 1907, in Butler, Missouri, Robert Heinlein wrote four Hugo Award-winning novels. The Hugo Awards, science fiction’s most prestigious award, are presented annually by the World Science Fiction Society. Pick one of these winners up for a summer read.

Heinlein’s best known and most influential novel, Stranger in a Strange Land published in 1961, tells the story of a human born and raised on Mars by Martians who returns to Earth as a young man with unique psychic abilities and a complete lack of knowledge about human customs and cultures.

Published in 1956, Double Star follows Lorenzo Smythe, an actor whose career is on the outs, who finds himself on Mars and takes on the role of impersonating a kidnapped politician. Smythe’s life and a potential interplanetary war are at stake.