Portrait of America: A Cultural History of the Federal Writers’ Project
By Jerrold Hirsch
Hirsch reviews the founding of the Federal Writers’ Project (FWP) and the significance of its American Guide series, considering the choices made by administrators who wanted to celebrate diversity as a positive aspect of American cultural identity. In his exploration of the FWP's other writings, Hirsch discusses the project's pioneering use of oral history in interviews with ordinary southerners, ex-slaves, ethnic minorities, and industrial workers. He also examines congressional critics of the FWP vision; the occasional opposition to local Federal Writers, especially in the South; and how the FWP's vision changed in response to the challenge of World War II. In the course of this study, Hirsch raises thought-provoking questions about the relationship between diversity and unity, government and culture, and, ultimately, culture and democracy.

Soul of a People: The WPA Writers’ Project Uncovers Depression America
By David Taylor
Soul of a People is about a handful of people who were on the Federal Writer's Project in the 1930s and a glimpse of America at a turning point. This particular handful of characters went from poverty to great things later, and included John Cheever, Ralph Ellison, Zora Neale Hurston, Richard Wright, and Studs Terkel. In the 1930s they were all caught up in an effort to describe America in a series of WPA guides. Through striking images and firsthand accounts, the book reveals their experiences and the most vivid excerpts from selected guides and interviews. This book was the inspiration for the documentary Soul of a People: Writing America’s Story.

The Dream and the Deal: The Federal Writers’ Project, 1935–1943
By Jerre Mangione
Operating in every state in the union for eight turbulent years, the New Deal's Federal Writers' Project provided needed jobs for more than 10,000 writers and would-be writers (among them Saul Bellow, Ralph Ellison, and Richard Wright) and produced some 1,200 published books and pamphlets, including the American Guide Series, which gave the nation its first self-portrait.

The WPA Guides: Mapping America
By Christine Bold
Christine Bold presents an argument for how the WPA guides shaped America’s conception of itself in the 1930s and 40s. Bold concludes that the image of America that the WPA fostered is closer to fabrication than to actuality.

Lay My Burden Down: A Folk History of Slavery
Edited by B.A. Botkin
B.A. Botkin compiled nearly three hundred of narratives of former slaves to create a rich, unvarnished portrait of lives lived half slave, half free. Their voices reach out across the decades and teach us what they know – our history and our legacy in their telling of an indelible truth.

Documenting America, 1935–1943
Edited by Carl Fleischhauer and Beverly W. Brannan
Between 1935 and 1943, a group of photographers under the direction of Roy Emerson Stryker set out to photograph the United States for the Farm Security Administration and the Office of War Information. Photographs taken by this celebrated group, whose ranks included Dorothea Lange, Ben Shahn, Gordon Parks, Russell Lee, and Walker Evans, have since become icons of the 1930s and 1940s. This book presents fifteen case histories – photographic series accompanied by texts summarizing information about the photographers, their work in the field, and their assignments and subjects.

American-Made: The Enduring Legacy of the WPA: When FDR Put the Nation to Work
By Nick Taylor
In 1935, the Works Progress Administration was created, which would forever change the physical landscape and the social policies of the United States. The WPA lasted for eight years, employed 8.5 million men and women, and gave the country not only a renewed spirit but a fresh face.

State by State: A Panoramic Portrait of America
Edited by Matt Weiland and Sean Wilsey
Inspired by the example of the legendary WPA American Guide series of the 1930s and '40s, now 50 of our foremost writers have produced original pieces of reportage and memoir that capture the 50 states in our time, creating a fresh portrait of America as it lives and breathes today.

America Eats: On the Road with the WPA
By Pat Willard
Willard takes readers on a journey into the regional nooks and crannies of American cuisine where WPA writers – including Eudora Welty, Saul Bellow, Ralph Ellison, Nelson Algren, and others – were dispatched in 1935 to document the roots of this diverse culinary cuisine.

Missouri: The WPA Guide to the "Show Me" State
Compiled by workers of the Writer's Program of the Work Projects Administration in the state of Missouri
First published in 1941, this reprint includes a current road map with the book, so travelers can compare sights and tours described in the antiquated guide and see how they have developed or disappeared. As Missouri Historical Society President Robert R. Archibald states in the foreword, "If you are the kind of traveler who has no intention of stirring from a comfortable chair near the reading lamp, this reprint is really all the equipment you require for a fascinating journey through the Missouri of the past".

The WPA Guide to 1930s Kansas
Compiled and written by the Federal Writers' Project of the Work Projects Administration for the State of Kansas
The guide was first published in 1939. After several decades, its pages still provide a wealth of reliable historic, geographic, and cultural information on Kansas, as well as some intriguing lore that many modern-day readers will find new. Not the least of its contributions is the accurate picture it gives of Kansas between the Great Depression and World War II – of its industrial, agricultural, and natural resources. The volume is divided into three sections: seventeen topical essays covering subjects such as Indians, folklore, religion, and architecture; touring information on the eighteen largest Kansas cities and towns; and twelve automobile tours spanning Kansas.

First-Person America
By Ann Banks
This book presents eighty life stories, collected by Ralph Ellison, May Swenson, Nelson Algren, Jack Conroy, and other members of the Federal Writers’ Project, so that we hear again the voice of a North Carolina patent-medicine pitchman, a retired Oregon prospector, a Bahamian midwife from Florida, recent immigrants to New York, a Key West smuggler, and Chicago jazz musicians.

Gumbo Ya-Ya: A Collection of Louisiana Folk Tales
Louisiana Writers’ Project
A charming look at the legends and practices of the bayou country, especially New Orleans, Gumbo Ya-Ya has endured as a classic in its genre.

Such As Us: Southern Voices of the Thirties
Edited by Tom E. Terrill and Jerrold Hirsch
These Are Our Lives, a very early experiment in the publication of oral history, consisted of thirty-five life histories of sharecroppers, farmers, mill workers, townspeople, and the unemployed of the Southeast, selected from over a thousand such histories collected by the Federal Writers' Project in the 1930s. The editors of Such As Us have taken up the abandoned task of publishing more of this content. From the perspective of forty years we can now read these stories as vivid chapters in the social history of the South, reaching as far back as slavery times and as far forward as the eve of World War II.

Missouri Slave Narratives: A Folk History of Slavery in Missouri from Interviews with Former Slaves: Typewritten Records
Prepared by the Federal Writers' Project, 1936-1938
This collection of narratives from ex-slaves living in Missouri was collected as part of the Federal Writers’ Project of the Works Progress Administration during the 1930s.

When I Was a Slave: Memoirs from the Slave Narrative Collection
Edited by Norman R. Yetman
This book contains more than 2,000 interviews with former slaves, who, in blunt, simple language, provide often-startling first-person accounts of their lives in bondage. It includes some of the most detailed, compelling, and engrossing life histories in the Slave Narrative Collection, a project funded by the U.S. Government.

Homeless, Friendless, and Penniless: The WPA Interviews with Former Slaves Living in Indiana
Compiled by Ronald L. Baker
The Indiana slave narratives provide a glimpse of slavery as remembered by those who experienced it, preserving insiders' views of a tragic chapter in American history. Though they were living in Indiana at the time of the interviews, these African Americans had been enslaved in 11 different states from the Carolinas to Louisiana. The interviews deal with life and work on the plantation; the treatment of slaves; escaping from slavery; education, religion, and slave folklore; and recollections of the Civil War. 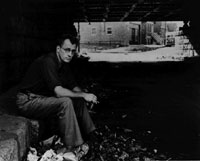 Many significant authors, including those in this list, worked for the Federal Writers’ Project.