The Libraries of Greater Kansas City have joined The Big Read to celebrate the Tobias Wolff novel Old School through a series of talks and workshops, movie screenings, book groups, a public discussion with Wolff, and a regular radio broadcast. This book is a modern classic about an ambitious but insecure teenager attending an elite prep school in the early 1960s who competes in a writing contest in which the prize is a personal meeting with a visiting famous author – Robert Frost, Ayn Rand, and Ernest Hemingway.

So, go Old School and read this novel, check out a few of the authors featured in this work, pick up a novel with a prep school theme, or read some more work by Tobias Wolff.

Event:  A Conversation with Tobias Wolff, May 12

The Authors in Old School

Selected Poems
By Robert Frost
A four-time winner of the Pulitzer Prize for poetry, Frost created a new poetic language that has a deep and timeless resonance. In addition to Robert Frost's first three books, this collection includes eighteen early poems that did not appear in his eleven books of poetry and have rarely been reprinted.

Collected Poems, Prose & Plays
By Robert Frost
This book brings together in a single volume all the major poetry, a generous selection of uncollected poems, all of Frost's dramatic writing, and the most extensive gathering of his prose writings ever published. The core of this collection is the 1949 Complete Poems of Robert Frost, the last edition supervised by the poet himself.

The Collected Prose of Robert Frost
Edited by Mark Richardson
This volume allows readers and scholars to appreciate the Robert Frost’s forays beyond poetry, and to discover in the prose that he did make public--in newspapers, magazines, journals, speeches, and books--the wit, force, and grace that made his poetry famous.

Find more books by Robert Frost in the library. 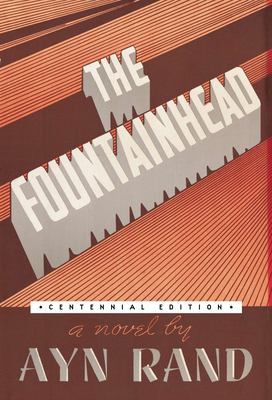 The Fountainhead
By Ayn Rand
When it was first published in 1943, The Fountainhead won immediate worldwide acclaim. This instant classic is the story of an intransigent young architect, his violent battle against conventional standards, and his explosive love affair with a beautiful woman who struggles to defeat him.

Atlas Shrugged
By Ayn Rand
Published in 1957, Atlas Shrugged was Ayn Rand's last work of fiction. In this novel she dramatizes her unique philosophy of Objectivism through an intellectual mystery story that integrates ethics, metaphysics, epistemology, politics, economics, and sex. Set in a near-future U.S.A. whose economy is collapsing as a result of the mysterious disappearance of leading innovators and industrialists, this novel presents an astounding panorama of human life.

Anthem
By Ayn Rand
A brilliantly realized future world in which individuality has been crushed is the theme of Ayn Rand's bestselling Anthem. Rand presents her tale of a man who dares to make individual choices, to seek knowledge in a dark age, to love the woman of his choice. In a society in which people have no name, no independence, and no values, he is hunted for the unpardonable crime: having the courage to stand above the crowd.

Find more books by Ayn Rand in the library. 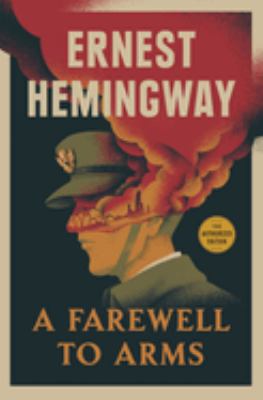 A Farewell to Arms
By Ernest Hemingway
By turns romantic and harshly realistic, Hemingway's story of a tragic romance set against the brutality and confusion of World War I cemented his fame as a stylist and as a writer of extraordinary literary power. A volunteer ambulance driver and a beautiful English nurse fall in love when he is wounded on the Italian front.

In Our Time
By Ernest Hemingway
First published in 1925, this collection of 32 short stories and vignettes marked Hemingway's American publishing debut. In Our Time not only provides a key to Hemingway's later works, but remains one of the most original short story collections in 20th-century literature and includes the famous Nick Adams stories.

The Old Man and the Sea
By Ernest Hemingway
Winner of the Pulitzer Prize for Fiction, Hemingway's triumphant yet tragic story of an old Cuban fisherman and his relentless, agonizing battle with a giant marlin far out in the Gulf Stream combines the simplicity of a fable, the significance of a parable, and the drama of an epic.

The Sun Also Rises
By Ernest Hemingway
Hemingway's first bestselling novel, the story of a group of Americans and English on a sojourn from Paris to Paloma, evokes in poignant detail, life among the expatriates on Paris's Left Bank during the 1920s and conveys in brutally realistic descriptions the power and danger of bullfighting in Spain.

Find more books by Ernest Hemingway in the library. 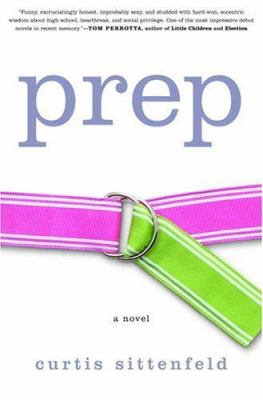 Prep: A Novel
By Curtis Sittenfeld
A perceptive, achingly funny first novel featuring a middle-class Midwestern teenager trying to fit in at an elite East Coast boarding school, Prep is also a brilliant dissection of class, race, and gender in a hothouse of adolescent angst and ambition.

The River King
By Alice Hoffman
The small town of Haddan, Massachusetts, is divided between native villagers and those who attend the prestigious Haddan School. One night, an inexplicable death thrusts the two worlds together, and the town's division is revealed in all its complexity.

Prodigy
By David Kalstein
This thriller set in the future at an ultra-elite prep school asks: what is the price of perfection? In the year 2036, the world's best boarding school is the Stansbury School. The students are screened at a young age and then given twelve years of the finest education and developmental drug regiment available. When a string of alumni are murdered, school officials decide to keep the police in the dark. They discreetly ask the school's Valedictorian to solve the mystery, but he discovers that the most obvious culprit is being framed. Together, the two unlikely allies uncover a massive conspiracy that reaches to the highest levels of the Stansbury administration and the U.S. government.

The Headmaster's Dilemma
By Louis Auchincloss
The Headmaster’s Dilemma is the story of what happens when Michael Sayre, the handsome, avant-garde headmaster of Averhill, the great New England prep school, is faced with a school administrator’s worst nightmare: a lawsuit brought by fervent parents in response to an incident involving their son and an upperclassman.

A Separate Peace: A Novel
By John Knowles
Set at an elite boarding school for boys during World War II, A Separate Peace is the story of friendship and treachery, and how a tragic accident involving two young men forever tarnishes their innocence. 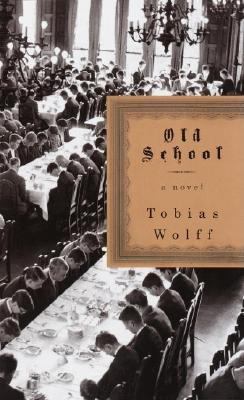 Old School
By Tobias Wolff
This novel about a young boy at New England prep school obsessed with visiting authors is at once a celebration of literature and a delicate hymn to a lost innocence of American life and art.

The Night In Question: Stories
By Tobias Wolff
A man is shot dead while standing in line at the bank, another is fired for printing an obituary of a citizen as yet undeceased. A young woman visits her father following his nervous breakdown, and a devoted sister is profoundly unsettled by the sermon her brother insists on reciting. Whether in childhood or Vietnam, in memory or the eternal present, these people are revealed in the extenuating, sometimes extreme circumstances of everyday life, and in the complex consequences of their decisions - that, for instance, can bring together an innocent inner-city youth and a little girl attacked, months earlier, by a dog in a wintry park. Yet each story, however crucial, is marked by Wolff's compassionate understanding and humor.

In Pharaoh's Army: Memories of the Lost War
By Tobias Wolff
Wolff provides a brilliant and unflinching account of his tour in Vietnam. As a young officer he ricochets between boredom and terror and grief for lost friends. Then and in years to come, he reckons the cost of staying alive in both body and spirit.

This Boy’s Life: A Memoir
By Tobias Wolff
In this New York Times Notable Book, author Tobias Wolff recounts his own growing up in the 1950s, creating a story that has captured the hearts and minds of thousands of readers across the country. Separated by divorce from his father and brother, Toby and his mother are constantly on the move.

Back in the World: Stories
By Tobias Wolff
To American soldiers in Vietnam, "back in the world" meant America and safety. To Tobias Wolff's characters, Back in the World is where lives that have veered out of control just might become normal again. Unfortunately, the men and women in these gripping and wonderfully skewed stories have only the vaguest notion of what normal is. As he moves among these unfortunates, Wolff observes the disparity between their realities and their dreams, in ten stories of exhilarating lucidity and grace.