Open Up and Say Ahhh: The 10 All-Time Greatest Poisonings 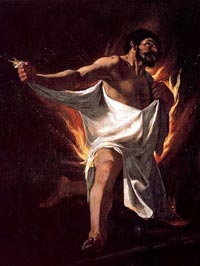 Death of Hercules (detail) by
Francisco de Zurbarán (1634)
After vanquishing the many-headed hydra, Hercules invented the world's first (mythical) biological weapon by dipping his arrow's in the serpent's venom. But along with this discovery came consequences. Hercules' wife, angered by his infidelity, sent him a robe she had dipped in the blood of an enemy Herc had killed with his poison arrows. As he lay dying swaddled in the poison garment, he entrusted his arrows to a young Greek archer who also had bad luck with the venomous missiles and ended up stashing them away in a temple of Apollo, the Greek god of healing. Incidentally, “toxic” comes from the Greek “toxicon,” which means “arrow.”

9. Socrates
399 BC
Poison: Hemlock
Most people know the basics: As punishment for corrupting the youth of Athens by leading them away from the gods (in the eyes of the law, at least), the philosopher Socrates was forced to drink poison hemlock. What you may not know is that Socrates probably could've gotten off by paying a fine. However, the amount he offered was so low that the jurors were insulted and voted for the death penalty. Also, Socrates was given a choice as to the method of execution: he could either be thrown into a pit, fastened by iron bands secured with nails to a board, or drink the hemlock. He chose the hemlock. Wouldn't you?

8. Mithradates
63 B.C.
Poison: Unknown mixture
Like Hannibal before him, the Persian king Mithradates carried a vial of poison with him at all times to insure that he’d never be taken alive by his Roman enemies. Whereas Hannibal kept his poison in a ring, Mithradates kept his in the handle of his dagger. And while Hannibal’s poison did the trick, Mithradates had spent so much of his life building up immunity to various poisons that, after serving some of the poison to his daughters, who immediately perished, the amount of poison that remained failed to kill him. He ended up ordering his guard, Bituitus, to put him out of his misery.

7. Hamlet’s Father
Fictional (1603)
Poison: Henbane poured in ear
Don’t put anything into your ear sharper than your elbow, the saying goes. Don’t pour henbane – Hyoscyamus niger, also known as “stinking nightshade” – into it, either. Such was the method Claudius used to dispatch his rival, Hamlet’s father, in Shakespeare’s great tragedy. The ghost of the departed appears in Act 1 to tell Hamlet the truth of his demise, launching a chain of events that will leave just about everyone in the play dead. But is it possible to kill a man by pouring a poisonous plant extract in his ear? At least one doctor believes that it is. Read his report below, then get some Hamlet to go. 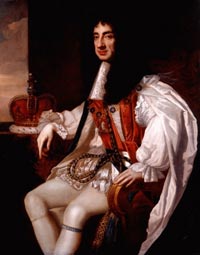 6. Charles II
1685
Poison: Mercury (theory)
Though Charles II's death is widely believed to have been from some sort of stroke, John Emsley's The Elements of Murder argues that the king accidentally poisoned himself while trying to turn lead into gold. Because of its gold-dissolving properties, mercury was a favorite of alchemists (including Sir Isaac Newton) engaged in the vain pursuit of turning base metals into bullion. Though relatively safe to swallow, mercury produces deadly fumes when heated. Emsley argues that an autopsy performed after King Charles II's death revealed symptoms of mercury poisoning that were not known at the time.

5. Emma Bovary
Fictional (1857)
Poison: Arsenic
Spoiler alert. In Gustave Flaubert’s masterwork, Madame Bovary, the eponymous heroine, Emma Bovary, the wife of a doting but boring country doctor, conducts a series of failed affairs, falls into steep debt and commits suicide by taking arsenic. In contrast to the quiet demise she envisioned, Emma’s death is not pretty. In Poison: A History and Family Memoir, Gail Bell takes a look at a poisoning in her own family’s past in the context of famous cases of poisoning. About Emma Bovary’s gruesome death, she writes: “The first hint of misery comes as an inky, acrid taste in her mouth, accompanied by an unquenchable thirst. Ten pages later, her tongue is protruding from a gaping mouth, her eyes are rolling back, and, then, mercifully, she convulses and dies.” Arsenic – don’t do it, kids. 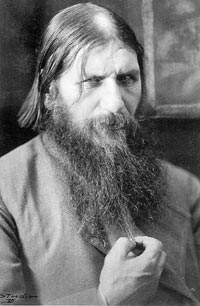 Rasputin (1908)
4. Rasputin
December 16, 1916
Poison: Cyanide (attempted)
In his tell-all memoir, Prince Felix Yusupov describes how the monk Rasputin wove a “tangle of dark intrigue, egotistical self-seeking, hysterical madness and vainglorious pursuit of power, which wrapped the throne in an impenetrable web and isolated the monarch from his people." Yusupov also tells how he and the Grand Duke Dmitri, in an effort to free Czar Nicholas from Rasputin’s clutches, served the dreaded advisor a meal of cakes and wine laced with cyanide. The prince and duke watched in amazement as Rasputin gobbled down the poison with no ill effect. They then shot him multiple times and threw his body into the Neva river.

3. The Victims of Typhoid Mary
Early 1900s
Poison: Salmonella typhi
Nicknamed “Typhoid Mary,” Mary Mallon was a cook working in New York City at the turn of the century who was linked to 33 cases of typhoid fever, three of which resulted in death. Caused by food or water infested with human feces, typhoid has a gestation period of 14 days, and those who survive it typically carry it the rest of their lives. Such was the case with Mallon, who, after spreading the disease through a series of jobs, was apprehended in the summer of 1906 while working at a house in Oyster Bay on Long Island’s North Shore. She was imprisoned for three years and returned to cooking – and spreading typhoid – after her release. The next time she was put away, it was for a much longer stretch. Mary died in her 23rd year of incarceration at North Brother Island.

Source: Gordon, John Steele. "The Passion of Typhoid Mary; Mary Mallon could do one thing very well, and all she wanted was to be left to it." American Heritage May-June 1994.

2. The Jonestown Massacre
November 18, 1978
Poison: Cyanide-spiked fruit punch
After the Rev. Jim Jones’ gunmen killed a U.S. congressman who had flown to Guyana to investigate Jones’ People’s Temple cult, Jones ordered his followers to drink a lethal concoction of cyanide and sedatives mixed into grape punch. The few who protested were shot by guards, though some did manage to escape. Just over 900 people were killed, and the phrase “drink the Kool-Aid” was born, even though the mixer was probably the more generic Flavor Aid.

Source: Eric Banks “The Legacy of Jonestown --- Thirty years after the murder-suicides in Guyana, the country struggles with memories of the event.” Wall Street Journal (Eastern edition) Dec. 13 2008. 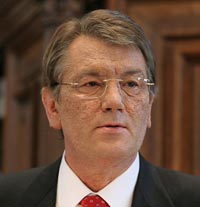 1. Victor Yuschenko
September 2004
Poison: Dioxin
On September 10, 2004, Ukrainian presidential candidate Viktor Yuschenko was admitted to the hospital with a nasty case of dioxin poisoning. Doctors determined that he had been given the poison five days prior to hospitalization – the same day he’d dined with leaders of the Ukrainian Security Service. The dioxin found in Yuschenko was the same chemical used in Agent Orange, the US military’s Vietnam-era pesticide of choice. In addition to various other nasty problems, the poison caused Yuschenko’s face to break out in serious acne, radically altering his appearance. He lived, and won the election.