The Kansas City councilman offered a moving tribute to libraries in general, and the Kansas City Public Library in particular, at a recent event at which the city and the Library were presented a 2017 LibraryAware Community Award. Given by Library Journal and the reading recommendation database NoveList, the honor goes to cities and libraries or library systems that have demonstrated an ability to make their communities aware of what libraries can do for them – and have delivered on that promise.

Lucas, who represents the city’s 3rd District, delivered the presentation’s keynote address. The fourth-generation Kansas Citian recalled frequenting libraries from the time he was growing up in the urban core.

“I moved often as a child,” he said, “so I got the fortune of going on what then felt like a world tour of KC libraries. The old location downtown that, while lacking charm, was literally bursting at the seams with books. Locations in the northeast part of our city with titles, clientele, and languages that reflected the diversity of the area and our city. The Prospect location (named for former Call editor Lucile Bluford) that respects the life and legacy of a heroine of journalism and civil rights in Missouri. And many other places, including a kiosk at the old Landing Shopping Center at 63rd and Troost with the simple mission of librarians engaging our community members wherever we could be reached.”

Books, he said, “first taught me to dream and built a connection to experiences half a world over that were similar to my own. In the late 1990s, the Waldo Library's assortment of materials on the last days of apartheid South Africa convinced me that I one day needed to study there myself, long before I knew how I'd ever pay for it.”

Lucas wound up studying for a semester in Cape Town, South Africa, while a senior at Washington University in St. Louis. After receiving a degree in political science, he went on to earn a law degree from Cornell University in 2009. 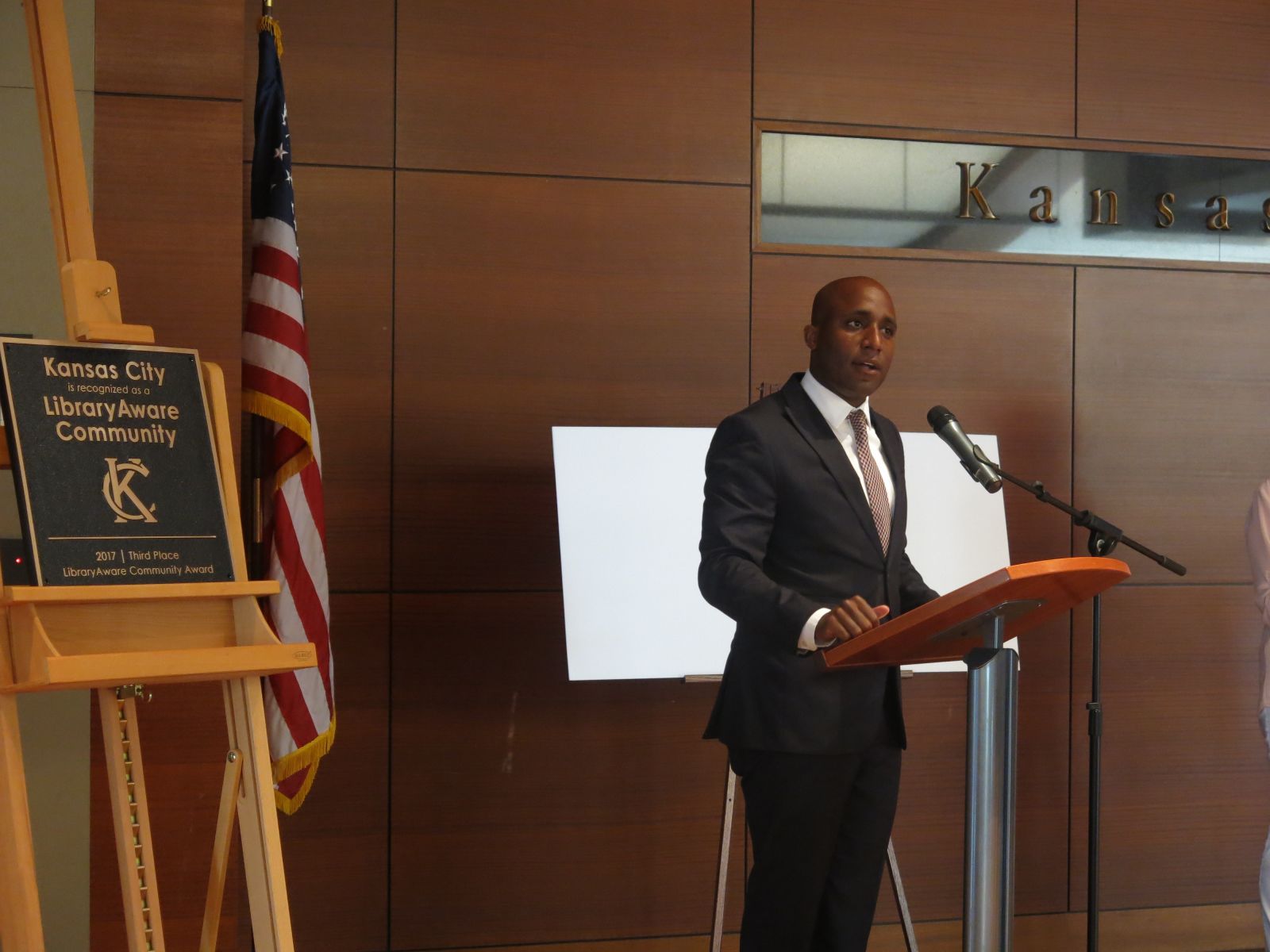 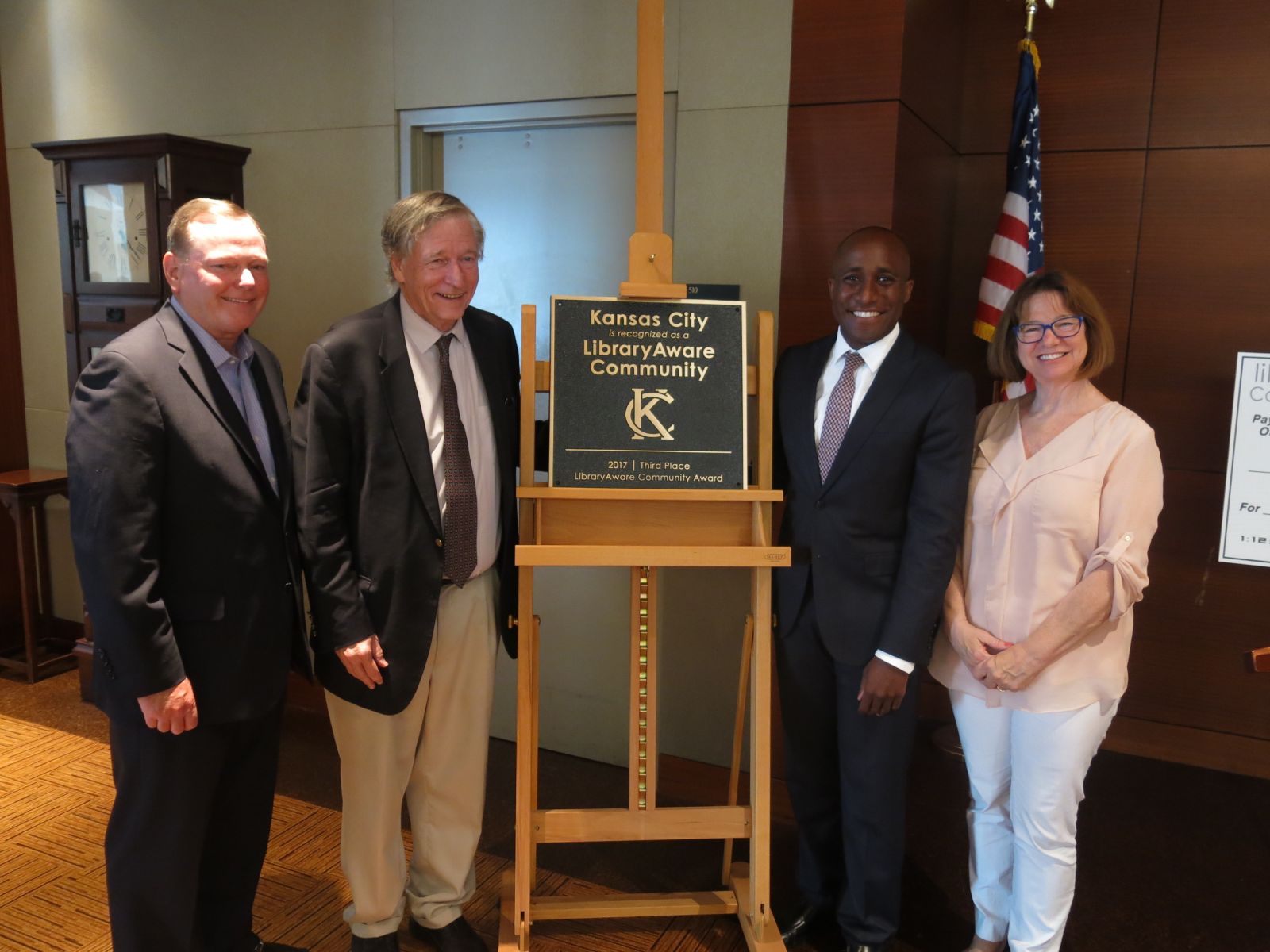 It extended a recent series of nationwide honors for KCPL. The 60,000-member American Library Association named the Library as the recipient of its 2017 Paul Howard Award for Courage, given biannually for “unusual courage for the benefit of library programs or services.” Steve Woolfolk, KCPL’s director of programming and marking, was selected for the 2017 Lemony Snicket Prize for Noble Librarians Faced with Adversity, established by the best-selling author and the ALA to recognize individuals who have “faced adversity with integrity and dignity intact.”
Both stemmed from a Library event a year ago, when Woolfolk advocated for the First Amendment rights of a patron who was accosted during the public program’s question-and-answer session by outside security personnel under the direction of an event co-sponsor. The awards were presented during the ALA’s annual conference in Chicago in June.

Lucas underscored the Library’s value to the Kansas City community.

“As I have come to public service back home, I have seen that the Library is not just a place for precocious youth. It is a place for the job seeker, the retiree, the family, and the new arrival in our country,” he said to crowd of approximately 80 people at the LibraryAware presentation.

“Your innovation each day, your work as a safety net, and your love of learning and truly equality for all, build our city each day.  I thank you tremendously for all that you do.”