The Day the Dinosaurs Took Over the Library!

Post date:
Tuesday, August 8, 2017
The children’s book What the Dinosaurs Did Last Night became hugely popular after its 2014 publication. It features photographs of dinosaur toys caught in the middle of making messes in different rooms around the house.

For their latest book, Kansas City-based authors Refe and Susan Tuma decided to see what would happen when those same curious dinosaurs ended up at school! The Tumas came to a very special storytime at the Central Library on July 25 to read their new book What the Dinosaurs Did at School.

More than 160 kids, parents, and caregivers came to hear what happened when the dinosaurs got loose at school during the night and made their way around through the vents. Storytime attendees were delighted to see their beloved Central Library pop up on one of the pages, showing what the dinosaurs do when they are left to their own devices. The Tumas used the second-floor children’s library as location for the school library scene. You can see the chaos below! 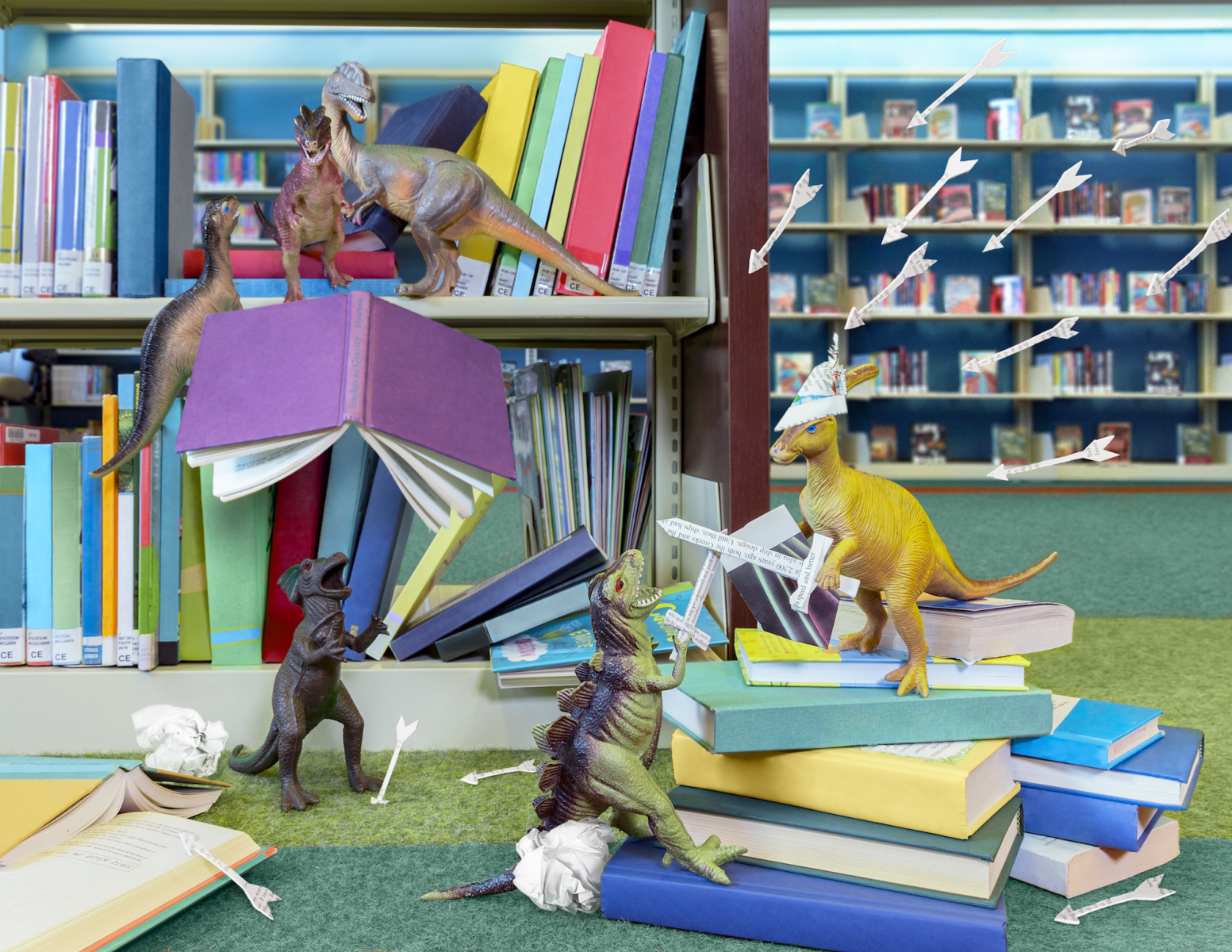