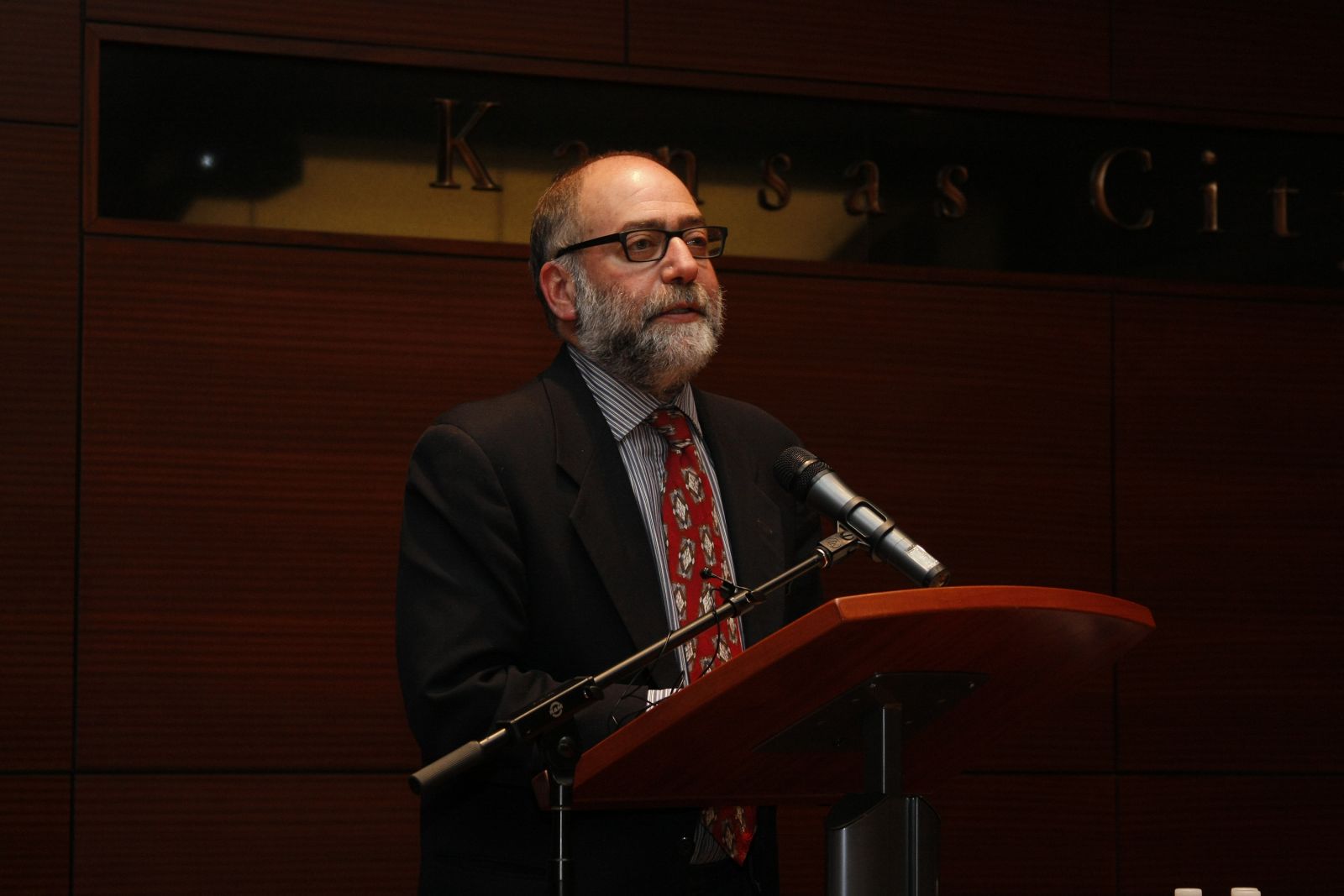 Henry Fortunato's imprint extends from the East Coast to his adoptive Midwest, and really across an entire country. As the Kansas City Public Library's director of public affairs for a little more than nine years, he imagined and developed revolutionary public programming that earned national recognition and helped redefine the role of the modern library.

He left literal footprints on the state of Kansas. Fortunato didn't drive—some people weren't meant to, he always said—but he was an avid and prolific walker and, in 2014, hiked approximately 500 miles from the front door of his home in Overland Park to westernmost Greeley County. The trek took 39 days.

On Monday night, February 5, 2018, Fortunato died at his home after a short illness. He had turned 62 a month earlier.

"No one who knew him will ever forget him," Kemper said. "As much as anyone, he created the Library's great public programming. He wasn't just good, so frequently good, at what he did. He also wanted it to mean something to his adopted home in the heartland. And it did. And it was always interesting. He made sure of that.

"Very few people live life so fully and so much to the joy of the rest of us."

Fortunato served as the Library's director of public affairs from June 2006 to August 2015, a period in which he joined Kemper in building a programming juggernaut and affirming the Library as a vital component in the life of the city. Fortunato planned and oversaw thousands of public events ranging from speaking appearances by Sandra Day O'Connor, Anita Hill, and two-time Pulitzer Prize-winning biographer David McCullough to cultural presentations and civic forums.

A native of Long Island, New York, and graduate of Georgetown University in Washington, D.C., Fortunato fully embraced life in the heartland after moving to the Kansas City area in 1997. He directed the University of Kansas' KU History Project while earning his master's degree in American history, and was the 2013-14 Simons Fellow in Public Humanities at the school's Hall Center for the Humanities.

Later, as a consultant, he spearheaded the development of interpretative signage along the Indian Creek Trail in Johnson County.

Fortunato took delight in his renown as a pedestrian. He walked 240 miles from Overland Park to Wichita, Kansas, in 2012, and followed with his nearly border-to-border hike across the state—into the Mountain Time Zone—in September and October 2014.

He became a frequent speaker, himself, chronicling the journeys for local audiences.

The Library hosted a tribute to Fortunato at its Plaza Branch in January, a day before his 62nd birthday. It drew a crowd of 262 and warm remarks from a procession of speakers including television travel impresario Rudy Maxa, Washington Post columnist David Von Drehle, and others who had become a part of the Library's programming at Fortunato's behest.

Fortunato is survived by his wife Eileen O'Hara and their three children, sons Alexander and Peter and daughter Victoria (Tory). Visitation will be held Friday, February 9, 2018, from 5-8 p.m. at the InterUrban ArtHouse, 8001 Newton St., Overland Park. A memorial mass will be celebrated Saturday, February 17, in Stirling, New Jersey.

Memorial contributions may be made to the Kansas City Public Library's Missouri Valley Special Collections, the InterUrban ArtHouse, or the Freedom's Frontier National Heritage Area.