Post date:
Thursday, January 12, 2017
Tucked amid the other amenities of the Kansas City Public Library’s downtown Central Library — the shelves of popular new books in stately Kirk Hall, the inviting environs of the children’s library and the array of resources available in the business and career center — are a couple of gleaming art galleries.

Why not art? Today’s libraries are community gathering places, places of civic and cultural engagement open to young and old, rich and poor, students and professionals. That audience diversity has made them increasingly attractive destinations for both emerging and established artists who can expose their work to more than the usual arts-centric, big-gallery crowd.

So it was, as Kansas City’s arts-nurturing Charlotte Street Foundation planned a yearlong celebration of its 20th anniversary, that it collaborated not only with a number of traditional institutions including the Nelson-Atkins Museum of Art and Kemper Museum of Contemporary Art. It connected, too, with the Library.

The Library is devoting its premier space, the Genevieve Guldner Art Gallery in the downtown Central Library, to a series of exhibits featuring the works of four former Charlotte Street award winners: painter Warren Rosser, visual artists Rodolfo Marron III and Jessica Kincaid, and photographer Mike Sinclair. Each has continued to work in the Kansas City area, underscoring the Library’s desire to feature more local artists. 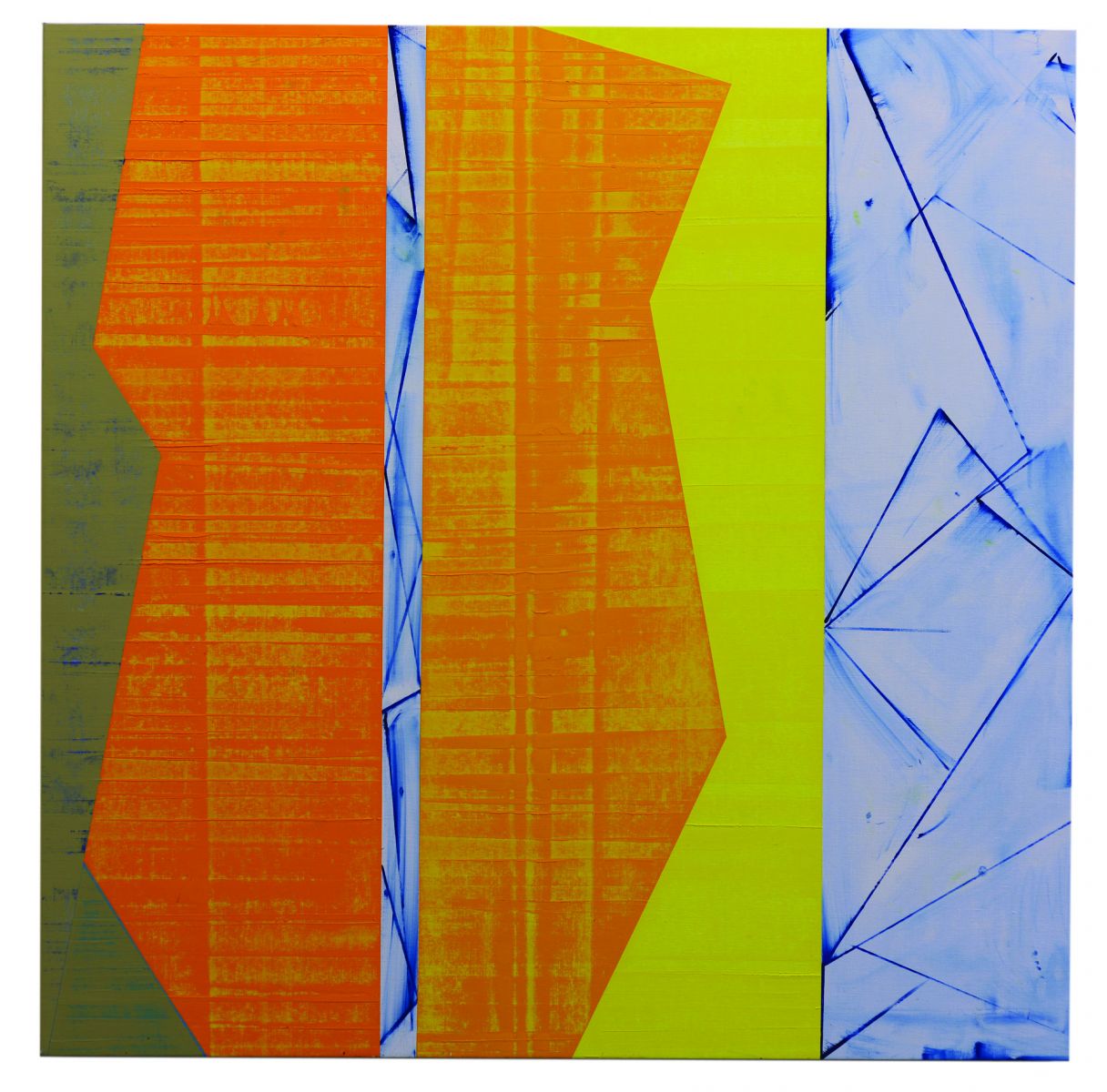 Longtime Kansas City Art Institute faculty member Warren Rosser
created this oil painting, "Default #1," in 2015.
“It seemed like a great opportunity for us,” says Anne Ducey, the Library’s exhibit director. “You’ve got organizations like the Nelson and the Kemper. We’re really in very good company with people who want to celebrate what Charlotte Street has done for the art community here.”

The Charlotte Street series also strengthens the Library’s foray into Kansas City’s monthly First Friday observance, Ducey says. It hosts Art Starts at the Library every other month, billing itself as a First Friday starting point from which attendees can move on, via streetcar, to the Crossroads Art District. Interesting gallery offerings are a requisite.

Ducey, who oversees two formal galleries in the Central Library, wanted to be a part of the Charlotte Street anniversary celebration from the moment she heard about it last summer from Charlotte Street Foundation Executive Director Amy Kligman. The two had collaborated  previously on a Library exhibit when Kligman was involved with the Plug Projects collaborative.

Charlotte Street was founded in 1987 to support and recognize the city’s visual and performing artists, initially through annual cash awards. It still hands out the awards — now valued at $10,000 and going to three visual and two performing artists a year — and has expanded to include a residency program, exhibitions, public programming and other initiatives.

Rosser, who taught for more than four decades at the Kansas City Art Institute and served as chair of its painting department for 28 years, was a Charlotte Street Award recipient in 2000. Marron, a Charlotte Street winner just last year, grew up on Kansas City’s West Side in the early 1990s after moving with his family from Los Angeles. He’ll reflect that upbringing in a number of new pieces created for the Library exhibit.

Kincaid is best known for her small, beaded tapestries. A Charlotte Street award winner in 2007, she was diagnosed with epilepsy in 1991 and has incorporated images from her own radiological studies and visual phenomena accompanying seizures. Sinclair was a Charlotte Street winner in 1999 for “photographs documenting forays into the curious realms of leisure pursued by middle-class American society,” and remains known for documenting life in the Midwest.

Ducey chose them, and their works, from a list of 86 winners of Charlotte Street visual awards dating to 1987.

The Library also will feature Charlotte Street Foundation founder David Hughes in a Jan. 31 evening program at the Central Library as part of its Cradle of Entrepreneurs series. And it will host a presentation by another former Charlotte Street award winner, performance poet Glenn North, who’s now the director of education and community at Black Archives of Mid-America.

Each of the exhibits will run in the Guldner Gallery for a little less than 2 1/2 months. Kligman, a painter and mixed media artist, herself, who has directed Charlotte Street Foundation since 2015, lauds the space.

“A lot of libraries may have exhibition spaces, but they’re not always gallery quality or up to snuff,” she says. “But the Central Library certainly has that — now has two spaces — and it understands and respects artists and is working with them in a way that’s as good as most galleries in the city.

“That’s great on its own. But it’s more interesting when you pair it with the people who are coming in and out of the library. They’re very different from those who may come in and out of a gallery (focused solely on art). It’s a great opportunity for artists to intersect with people they may not reach otherwise.”

A version of this item originally appeared in KC Studio magazine.
RELATED PROGRAMS AND EXHIBITS: