The award was established in 2005 to highlight the contributions of Missouri’s senior citizens to their local communities. Platt was recognized for his volunteer work and advocacy for the Library.

“As the great-great grandson of James Greenwood, who served for 40 years as Superintendent of Kansas City Public Schools and founded the Kansas City Public Library, Thomas M. Platt lives and breathes for the Library,” Kemper wrote.

“We estimate that he contributes nearly 300 volunteer hours to the Library every year, serving as the Treasurer (and former President) of the Friends of the Kansas City Public Library, coordinating the Library’s book donation program, and representing the Friends at countless Library events. We see Tom every single week, whether he’s picking up books and lugging them to his warehouse … or sitting at the Friends information table at the City Market selling books and encouraging fellow Library lovers to join the cause.”

“Not content with solely donating his time, Tom has become one of our most generous and committed donors. He is a member of both the MVR Club, which supports and preserves our local history special collections, and the Greenwood Society, named after his great-great grandfather and the legacy of lifelong learned he instilled in Kansas City.

“Tom pours his heart into the Library and every organization he’s involved with. He truly is a volunteer extraordinaire and just about the kindest person we know.”

This year, the lieutenant governor received 153 nominees and selected 60 to receive the award.

Platt was among those recognized during an April 24, 2017, ceremony at the Missouri State Capitol in Jefferson City. 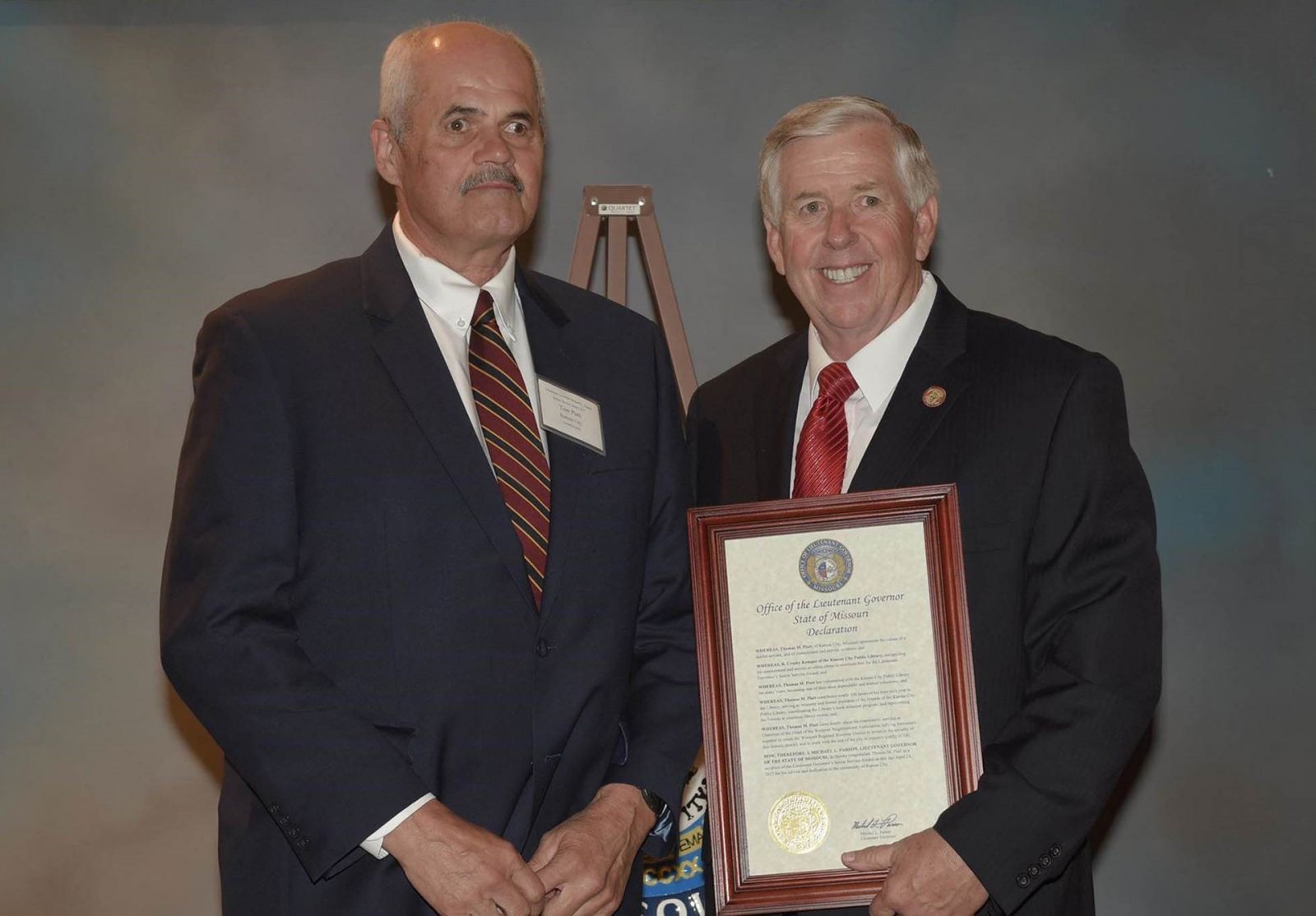