Post date:
Wednesday, June 14, 2017
The opening reception and premiere for Indisposable was June 2 during the Art Starts at the Library open house at the Central Library. The photography exhibition spotlighted the work of patrons experiencing homelessness who documented their lives, photographed what they found interesting or beautiful, or simply expressed themselves – all with disposable cameras. The featured photographers worked with Anne Ducey, the Library’s exhibits director, and professional photographer Mike Sinclair to curate the exhibition.

Jason Pearl and Emily Luedtke, Outreach AmeriCorps VISTAs (Volunteers in Service to America), began work in March after raising the prospect of the photo project during a Kansas City Star interview about another Library outreach program, Coffee and Conversation.

Pearl asked for donations of disposable cameras, and the Kansas City community responded in full force with donations of both cameras and money. Pearl and Luedtke then were tasked with curating an art exhibition backward, initially lacking art, artists, or a theme to shape the project around. 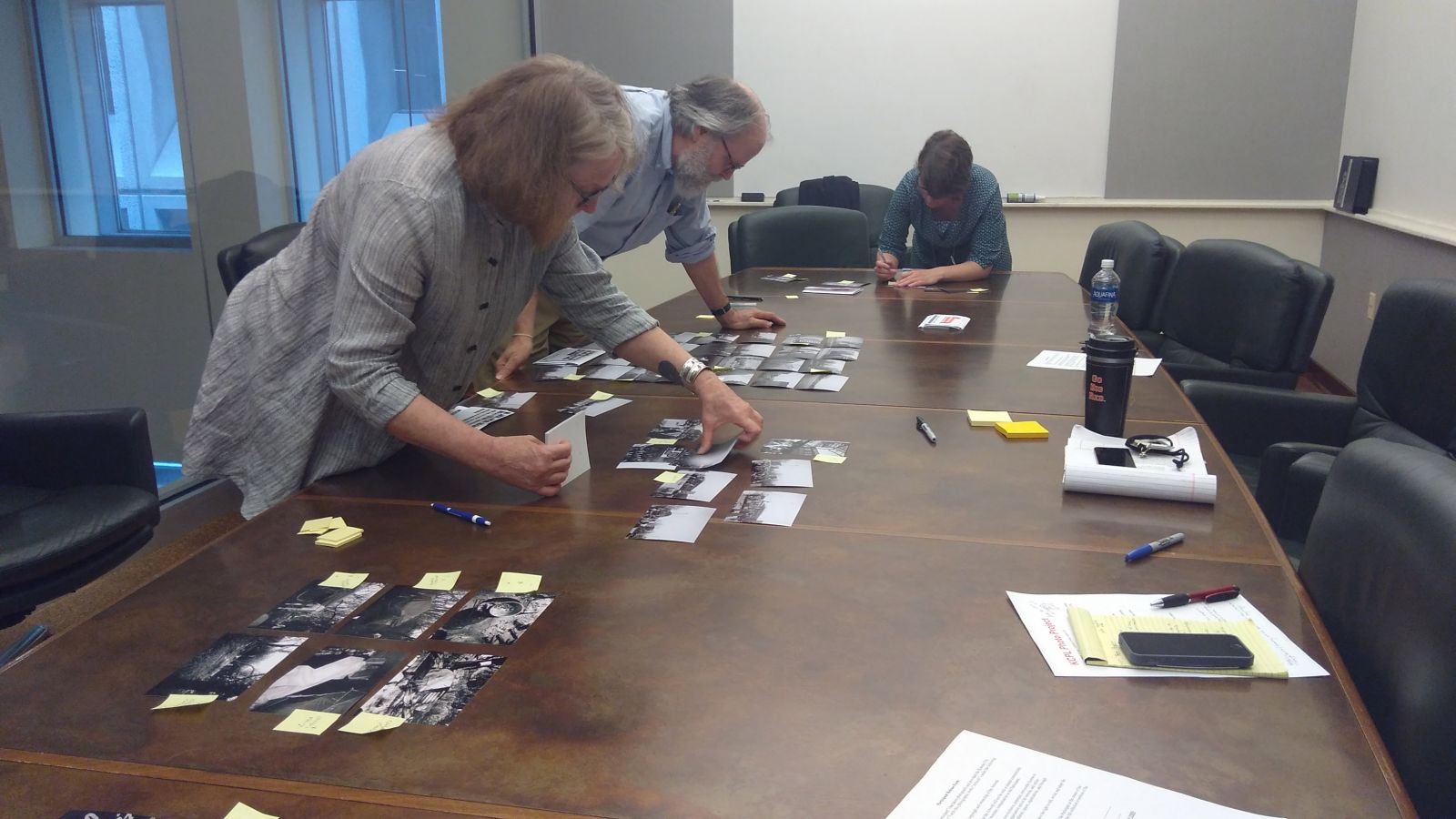 They contacted community agencies for assistance, put together a committee of Library staff members and representatives from other organizations, and began the search for photographers. Relationships were built with 12 photographers who agreed to participate, and all worked together to comb through more 150 photos and select a final 46 for the exhibition. Stories behind the images were fleshed out during Coffee and Conversation sessions. The final curation featured several photos from each of the photographers.

During the opening reception, photographers who wanted to discuss their work were given name tags and an opportunity to interact with attendees, explaining the photography process and the artists’ inspirations. Ultimately, the event served to raise social consciousness about the reality of homelessness in Kansas City and offer glimpses of the city from a perspective rarely seen. 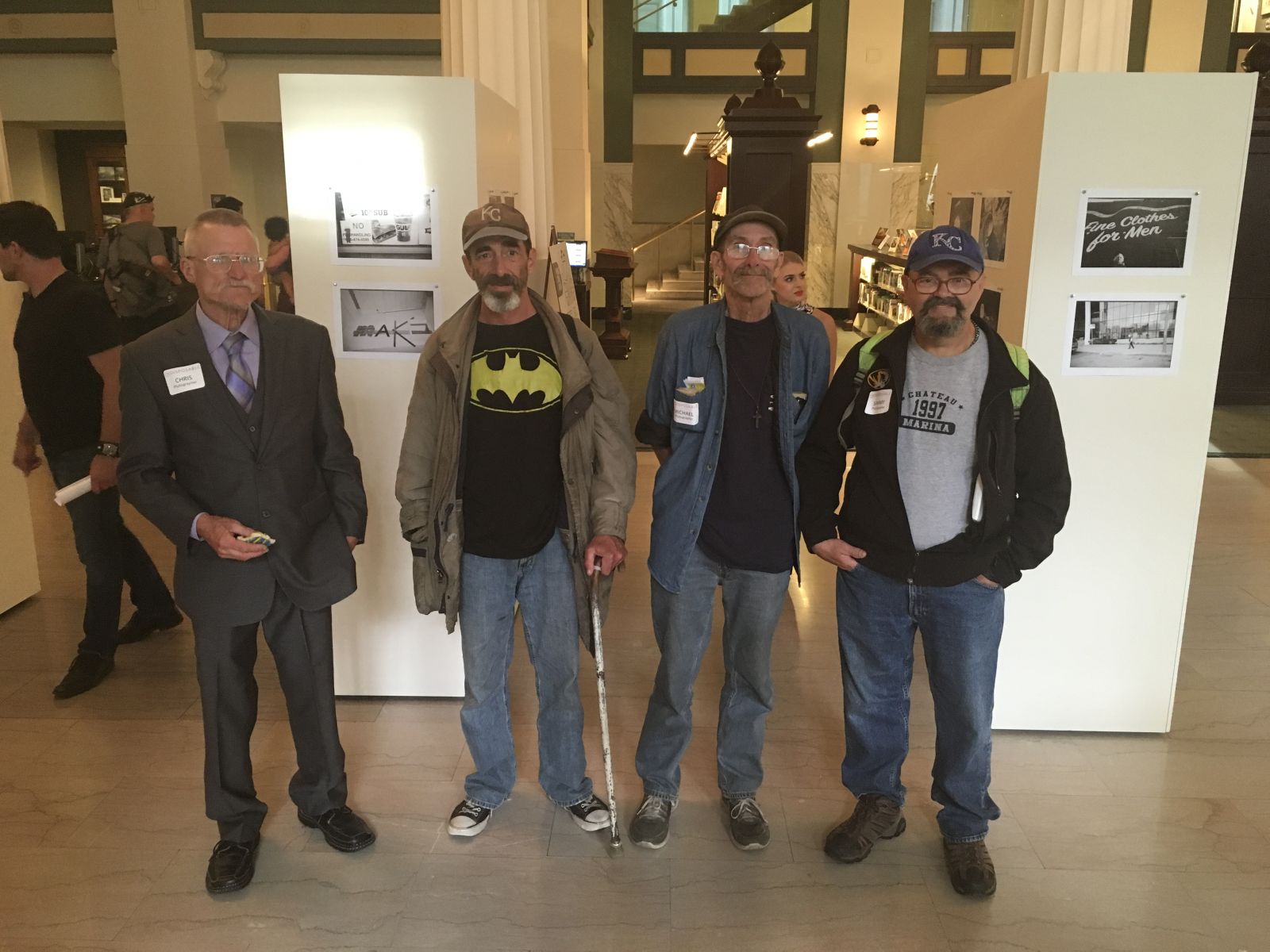 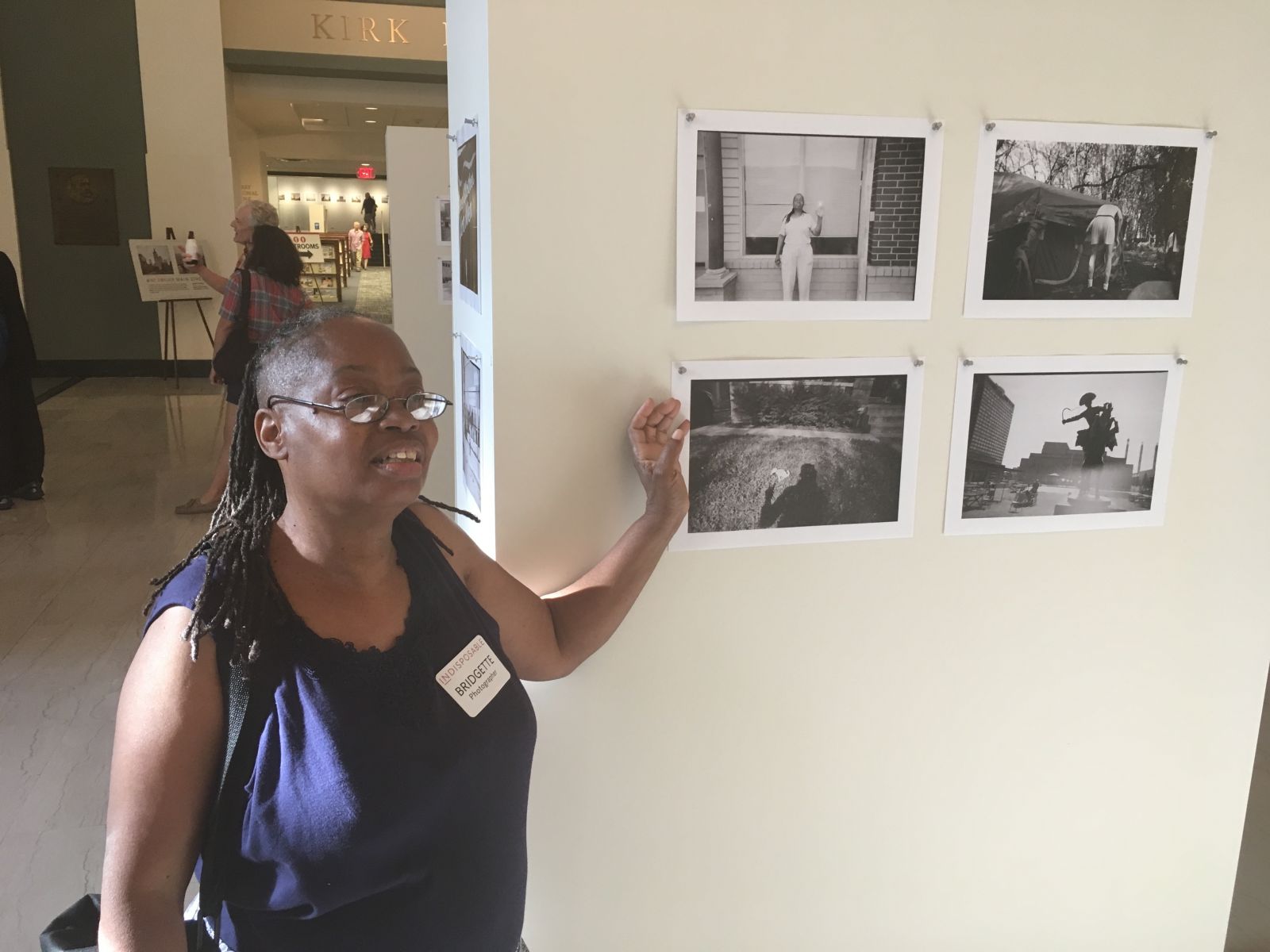 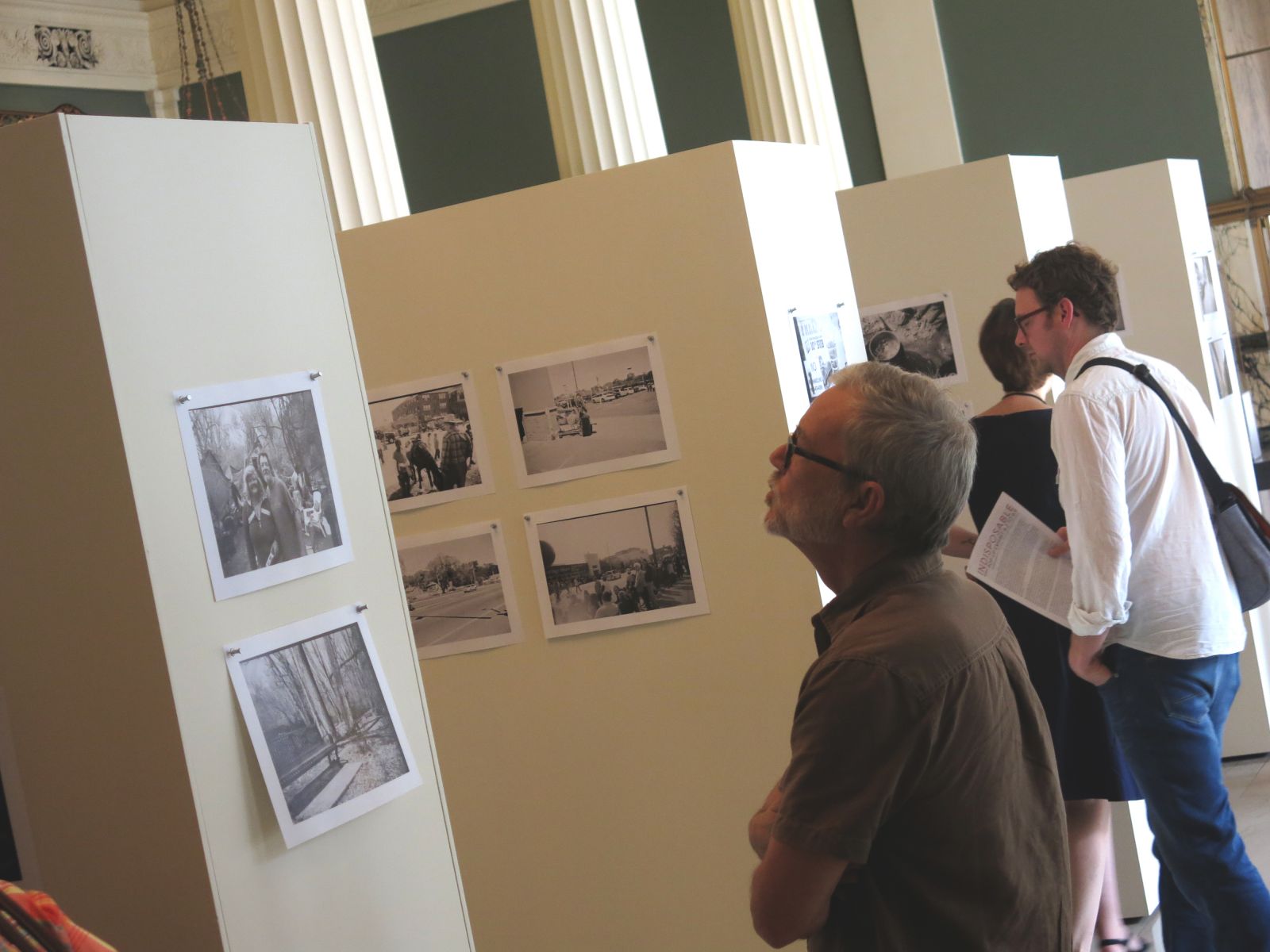 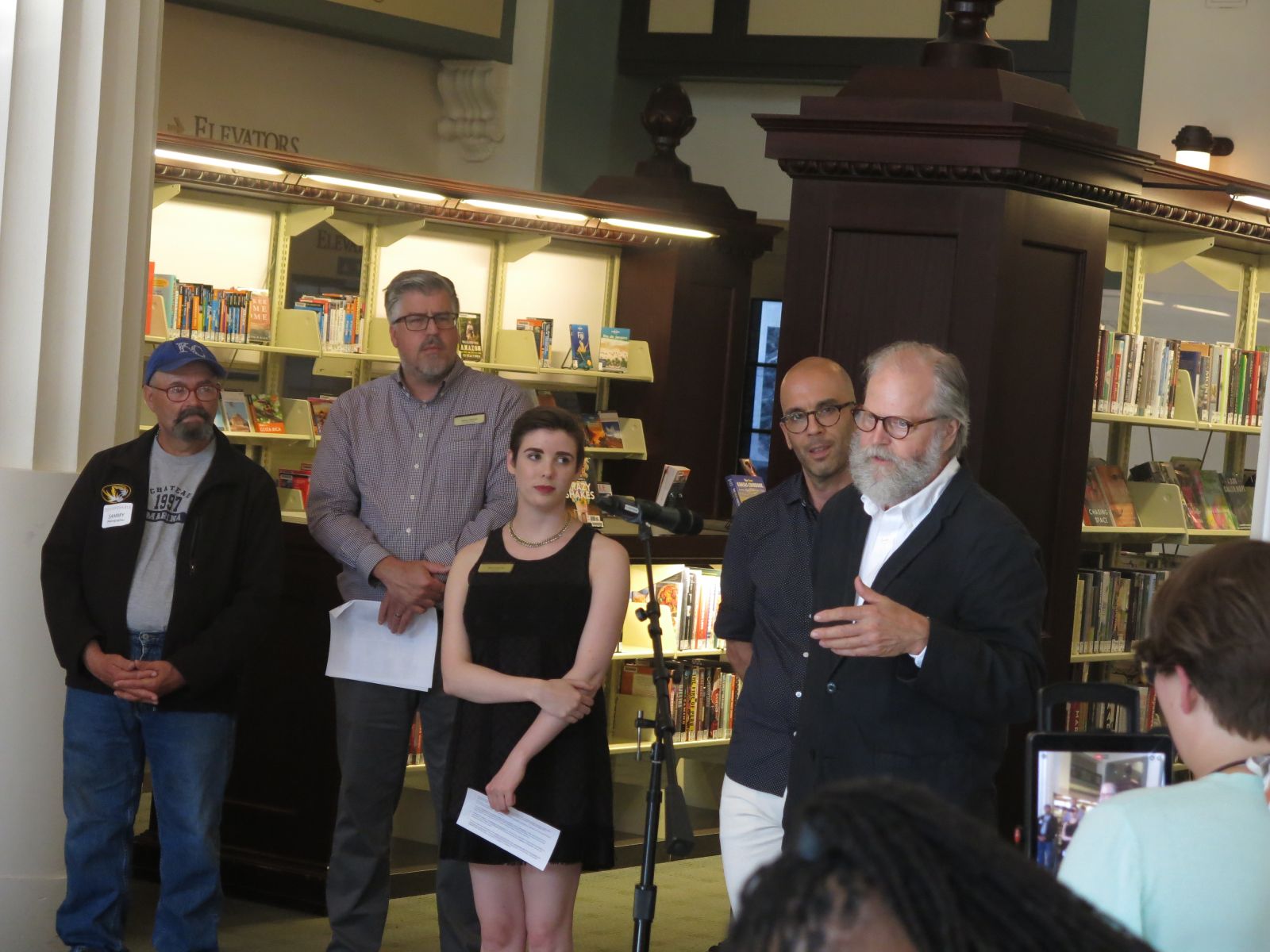 Learn about the photographers: 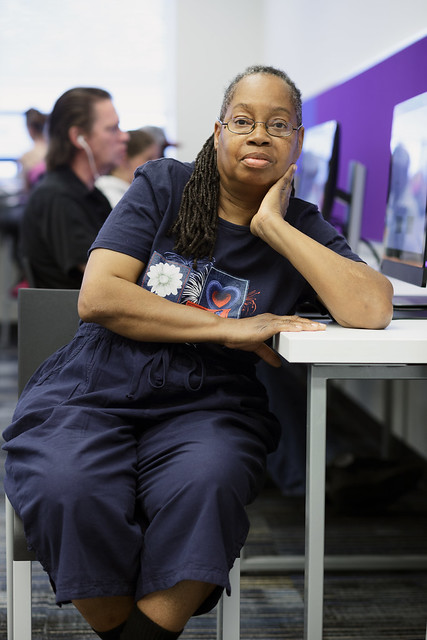 The exhibit at Art Starts at the Library on June 2: 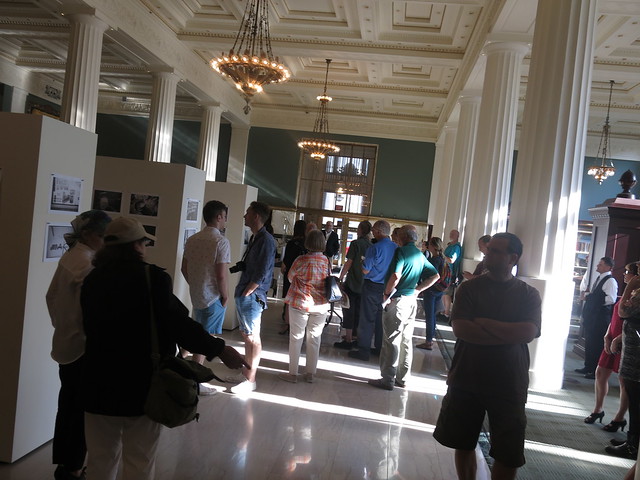 If you missed the Indisposable exhibit when it was up at Central Library, it will be traveling to area organizations:
***Check back here for updates.***