In by far the biggest landslide of this entire literary All-Star extravaganza, Hannibal's own Samuel Clemens (better known to book-ball fans as Mark Twain) was chosen Off-the-Shelf coach.

But lest you think the contest for chief was a shutout, this final draft saw some of the most creative write-in voting of the entire series so far.

Though Twain took an early lead, candidates rolled in from all corners of Kansas and Missouri. Here's the final ballot as it appeared on facebook.com/kclibrary this morning at the close of voting: 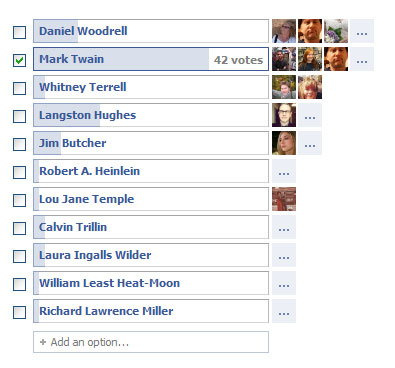 And with that, our Literary Midsummer Classic closes. 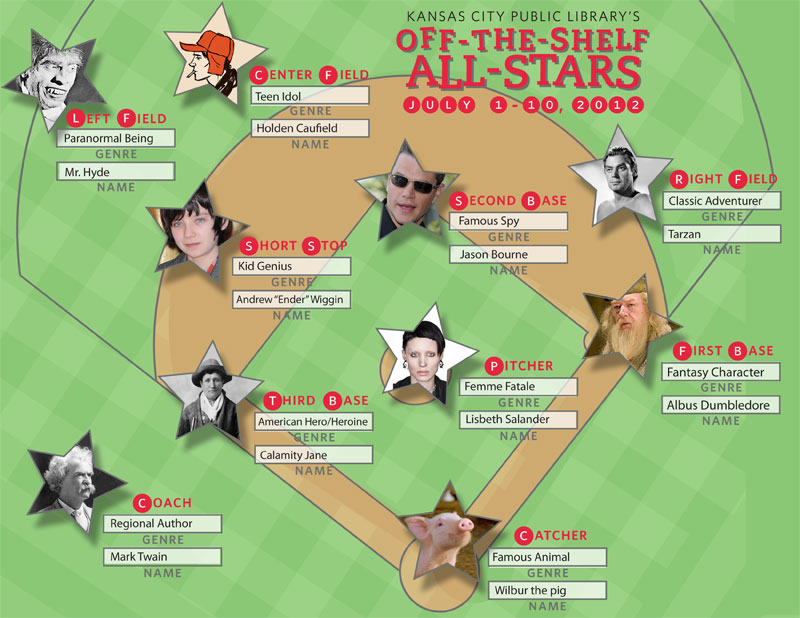 With Mark Twain leading the team, how could our Off-the-Shelfers lose?

After every good game, there's always plays to be discussed, outcomes to parse. So tell us: What did you think about the results? Any surprises? Disappointments?

Lastly, what would the team look like if you had designed it yourself? Post your All-Star selections in the comments.

We'll see you next time, friends. Keep your book bases loaded and swing for the fence.

*Big thanks to true Librarian All-Star Kaite Mediatore Stover for engineering much of the official roster.