Tips for Shooting the Eclipse with your Smartphone

Post date:
Wednesday, August 16, 2017
Wanting to photograph the upcoming solar eclipse with your smartphone? Do it with care, professional photographer Reed Hoffmann says.

Hoffman, who has shot for outlets including The New York Times, USA Today, and the Associated Press over a more than 30-year career, offered a tutorial on Thursday, August 10, speaking to a crowd of more than 260 people at the downtown Central Library.

“You can make pictures with a smart phone or a simple point-and-shoot or compact camera,” he said. “It’s pretty simple. You’re still going to need a filter. You’re going to have to set focus and exposure.” 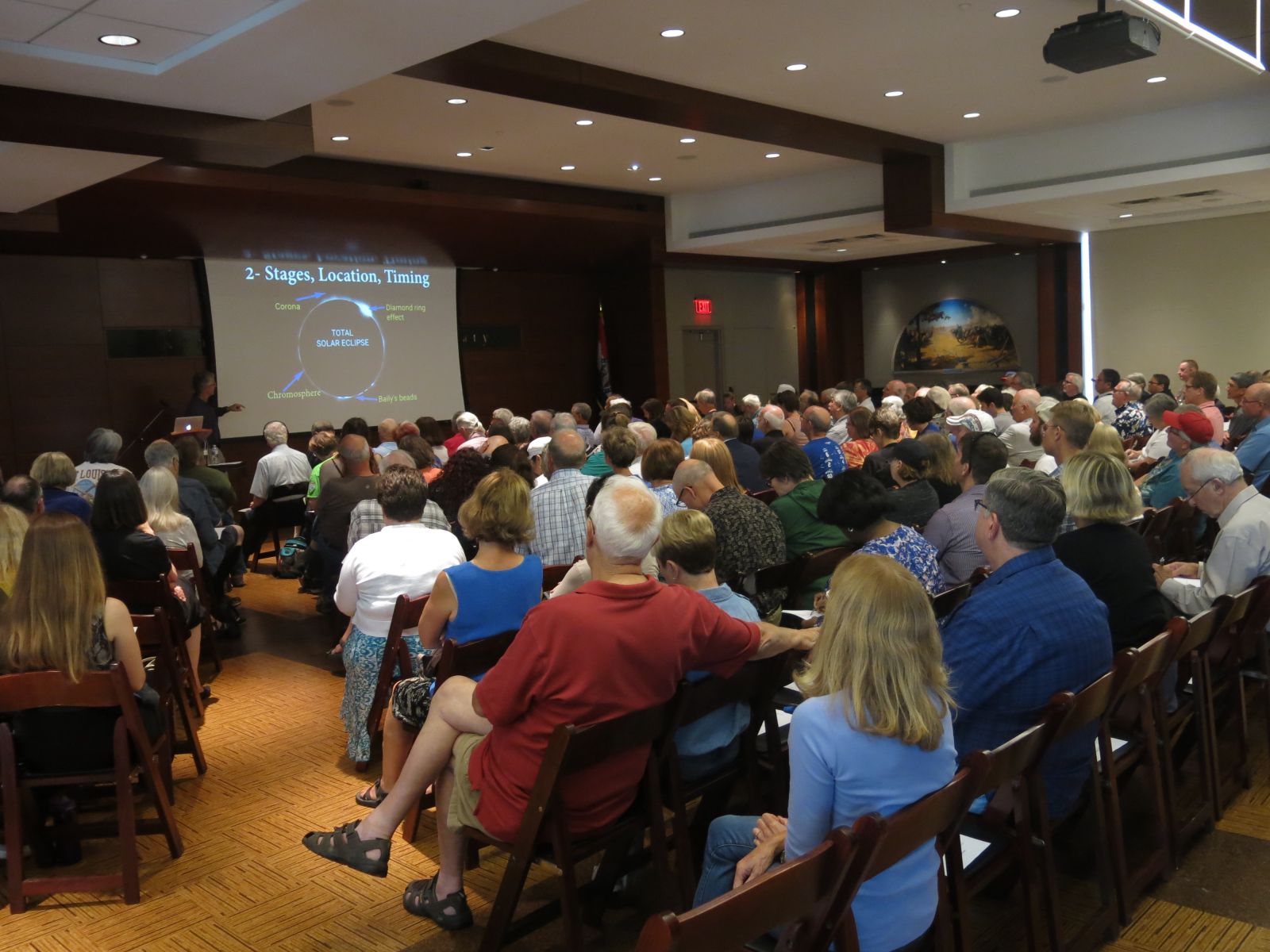 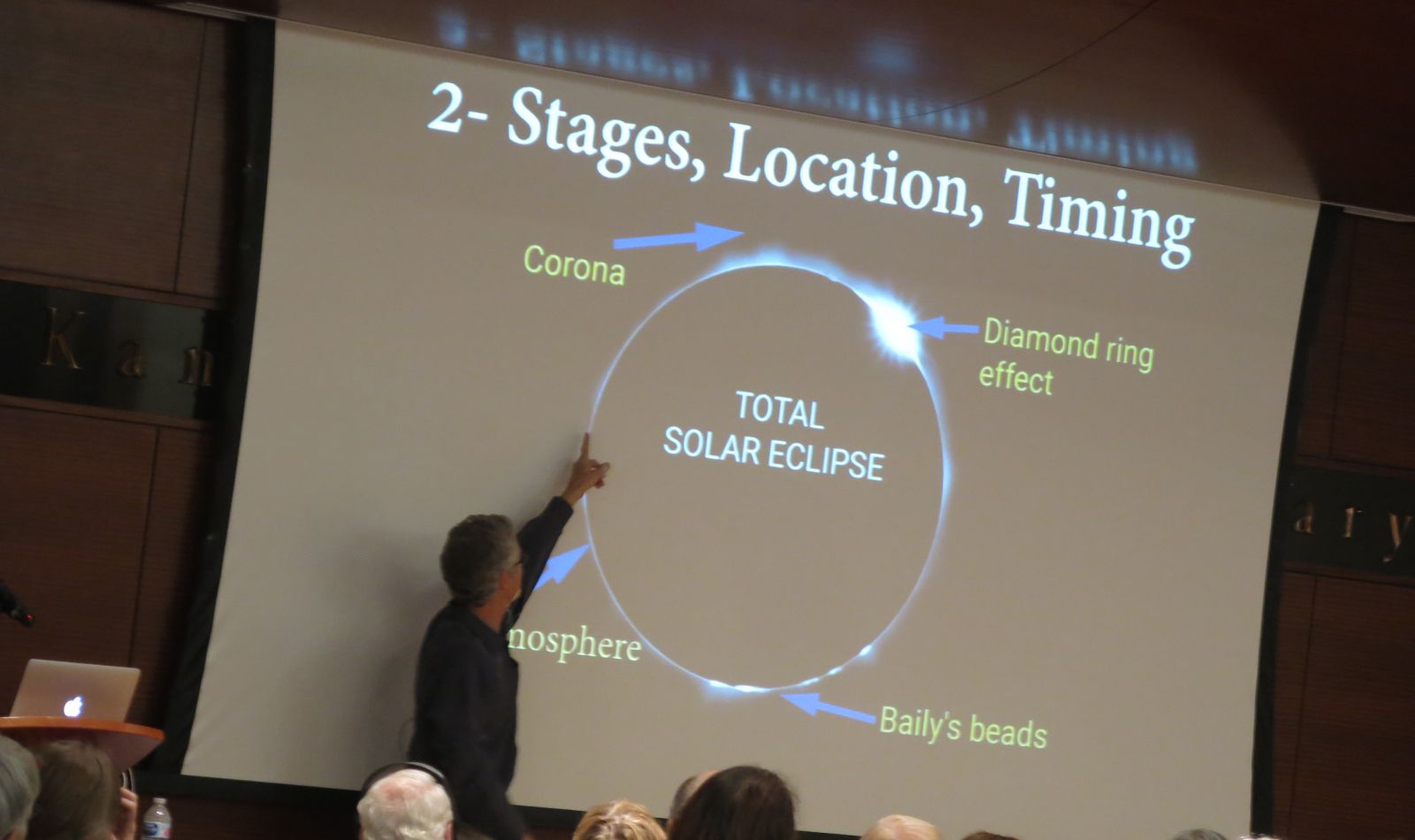 While it is safe for you to view the sun on the screen of your smart phone, Hoffman noted that it still can damage the camera’s sensor. “No camera is designed to photograph the sun, which is incredibly intense,” he said. “So what you’ll want to do is take an extra pair of eclipse glasses, put that in front of your smart phone lens, and use that as a solar filter.”

To make it easy, take an extra pair of eclipse-viewing glasses, cut them in half, and tape one lens of the glasses over the smart phone lens. When the eclipse reaches totality – and briefly is safe for viewing with the naked eye – you can easily remove glasses lens to shoot. 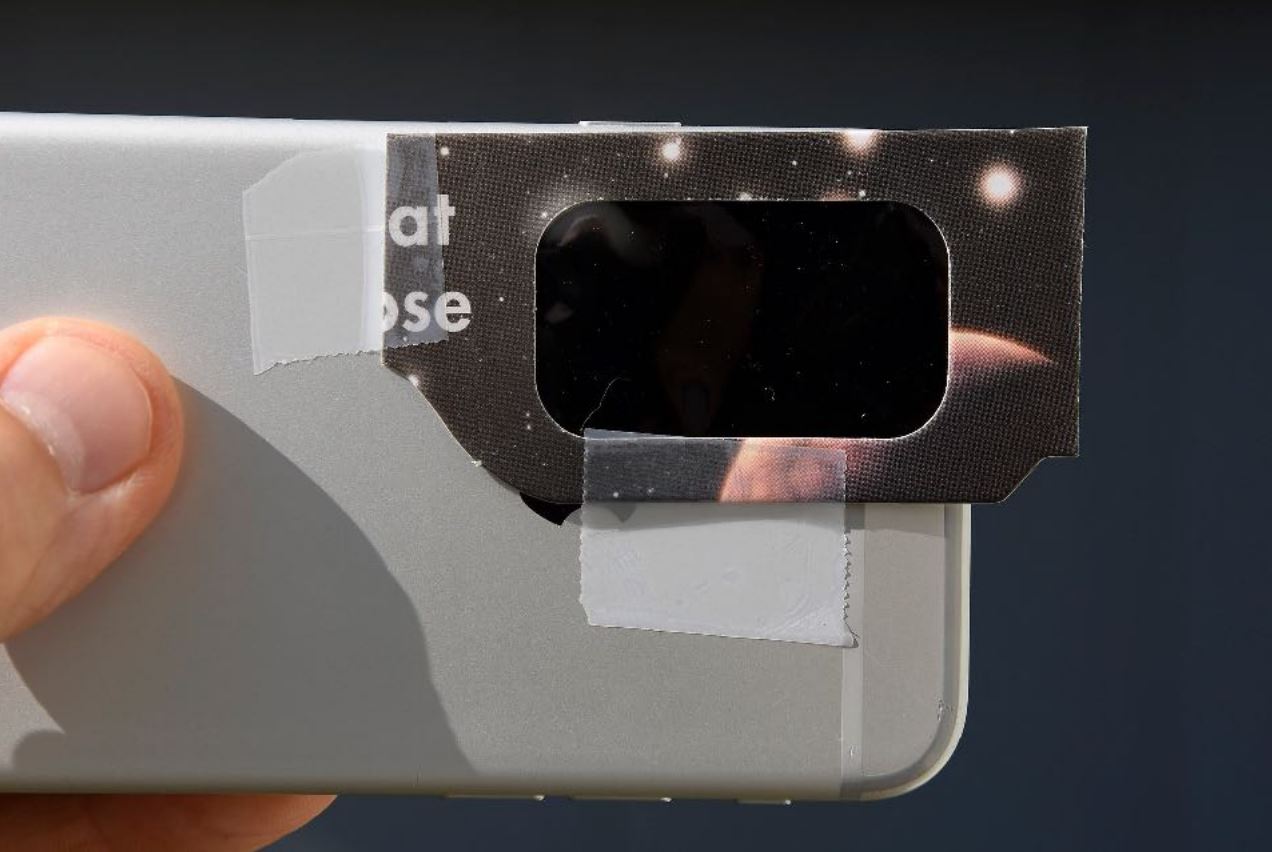 Hoffman advised turning on the phone’s HDR (High Dynamic Range) mode and turning off the camera’s flash. The no-flash recommendation goes for all cameras, he added.

People can buy an accessory telephoto lens for their phones, adding zoom capability. Or, if you have one, you can put a smart phone or compact camera up to the eyepiece of a telescope, turning it into a telephoto lens.

Hoffman doesn’t recommend using the smart phone’s zoom because you can achieve the same thing by zooming afterward on the actual photo. All you’d do is make the pixels larger, not enhance image quality.

Most smart phones allow you to tap where you want the camera to focus, though Hoffman noted that they have difficulty focusing on the sun. Tap your screen as normal – on the sun – and most phones then will allow you to adjust exposure by sliding your finger up or down a small bar on the screen.

One more tip: Practice ahead of time.

“We can test what we’re doing photographically before the day of the eclipse,” Hoffman said, “because most days, the sun is up … and we can take a picture.”


We DON'T Have Eclipse Glasses, But …>