'What Surrounds Us’: Central Library Rooftop Offers Self-Guided Tour of KC Skyline, Past and Present

Pick a pretty day – sun out, slight breeze, temperatures mild – and there are few more pleasant places to while away an hour or two than the downtown Central Library’s Rooftop Terrace. Five stories up, you’re surrounded by skyline.

The landmark, brick and brownstone New York Life building looms to the north. To the east, lining Petticoat Lane, are buildings that once housed such swanky shopping establishments as Harzfeld’s and Pecks.

There is much, too, in what you no longer see. Baltimore Avenue was once a craggy lane carved into an 80-foot bluff, tracing an old cow path. The Orient building and Shubert Theatre sat side by side at 10th and Baltimore, connected by a passageway created by Kansas City Southern Railway founder Arthur Stillwell as a shortcut to the famed entertainment palace for his employees.

Past and present are spelled out in a series of painstakingly researched interpretive panels recently installed along the Central Library’s rooftop perimeter. Collectively titled “What Surrounds Us: Reading the Past and Present,” they weave more than a century and a half of Kansas City history into narratives and accompanying illustrations – “a fresh way to look at Kansas City’s rich built environment from the ground up,” as architectural historian Cydney Millstein puts it. 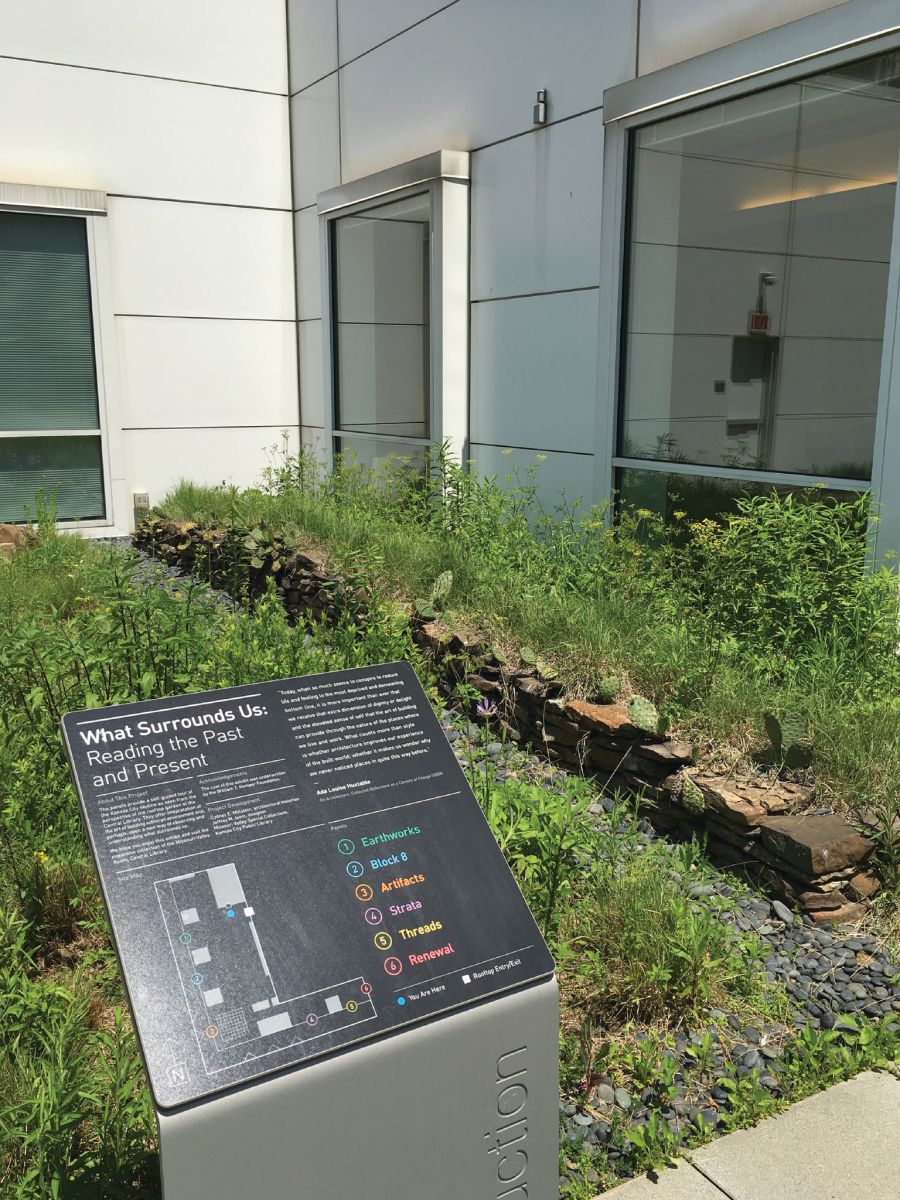 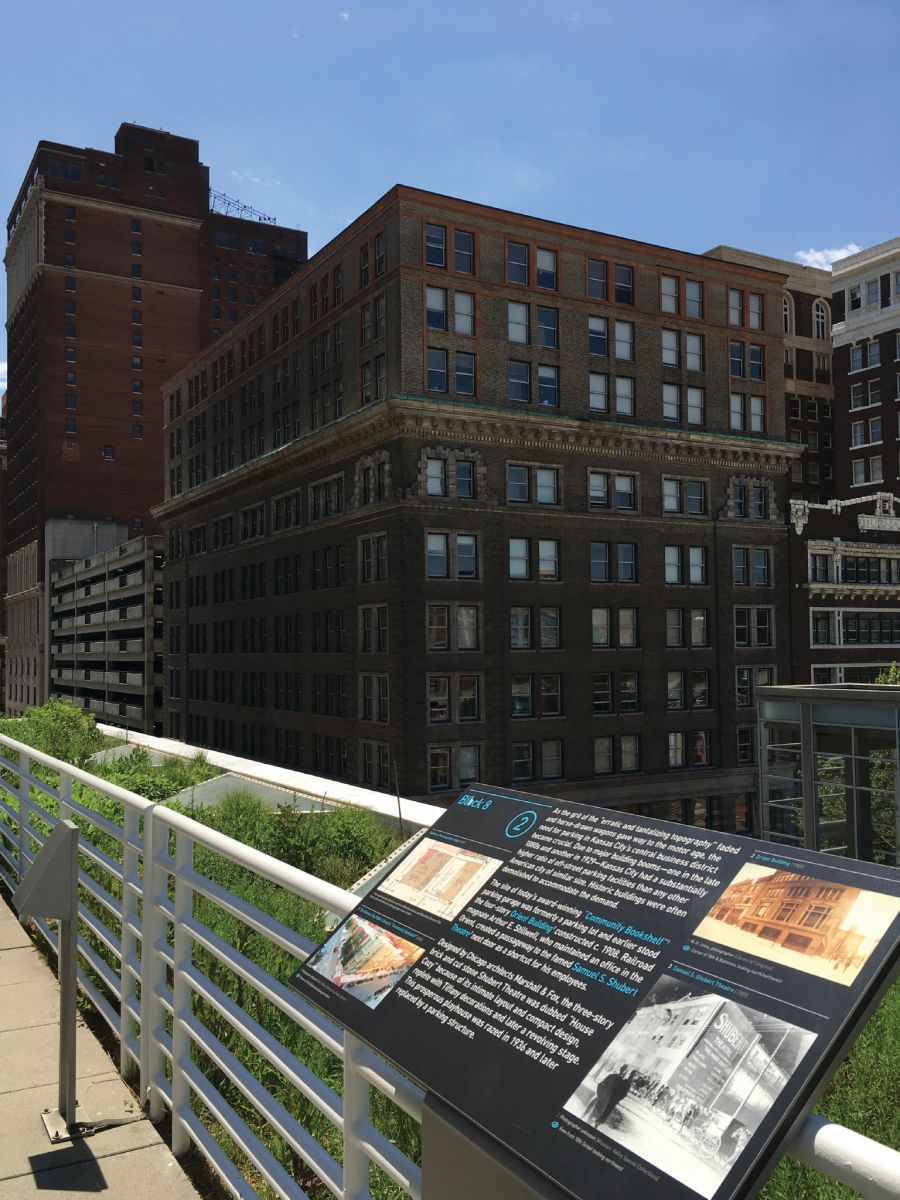 The project was years in the making, conceived and driven by Commerce Bank’s Jonathan Kemper, who heads the Library’s board of trustees, and embraced by Library Director Crosby Kemper III. Millstein was contracted to research and author the six-panel guide. Fellow Kansas Citian Jeffrey Isom did the design. 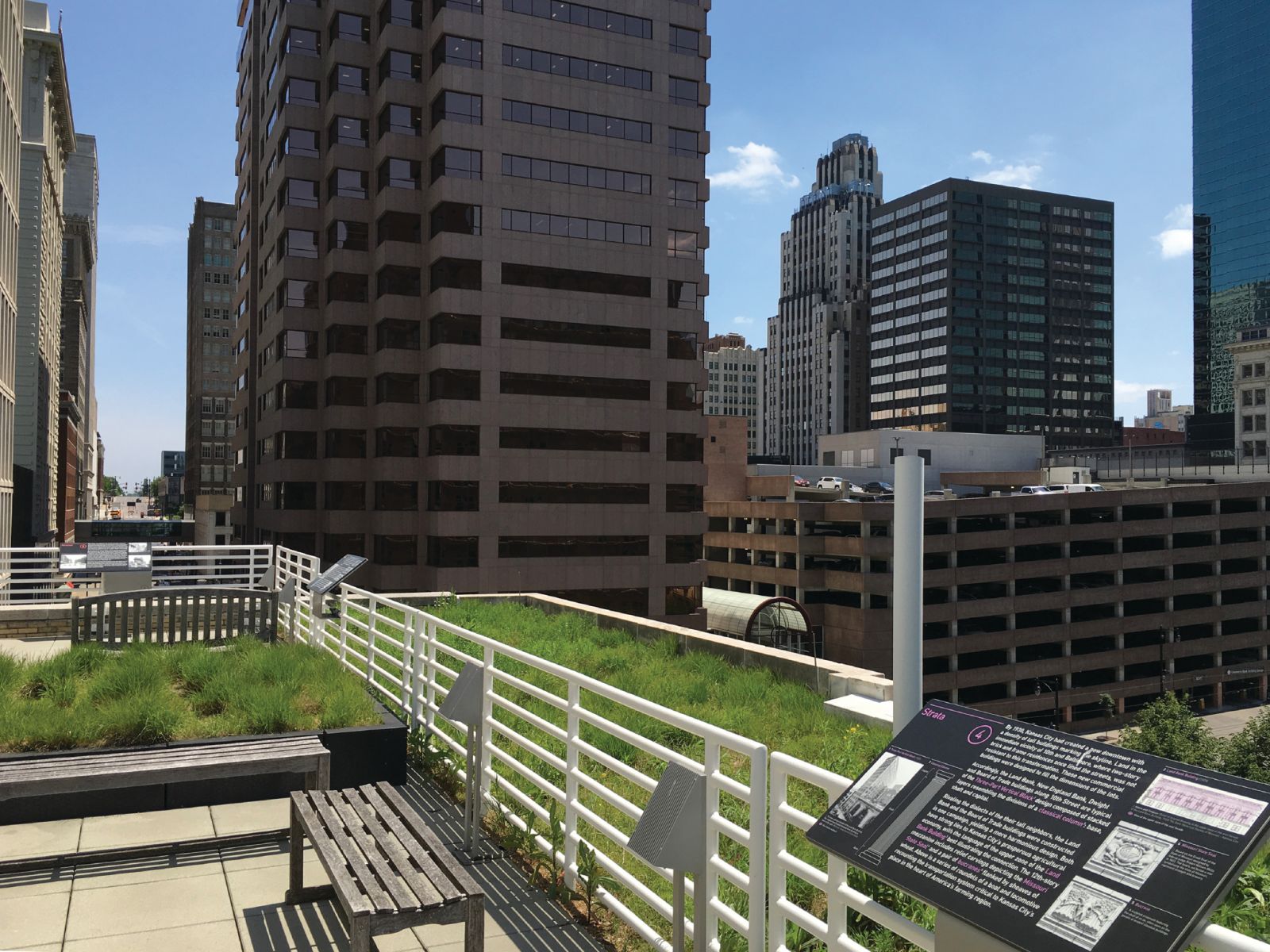 The panels were installed in November 2016, stamping the Rooftop Terrace as something more than a scenic urban overlook. 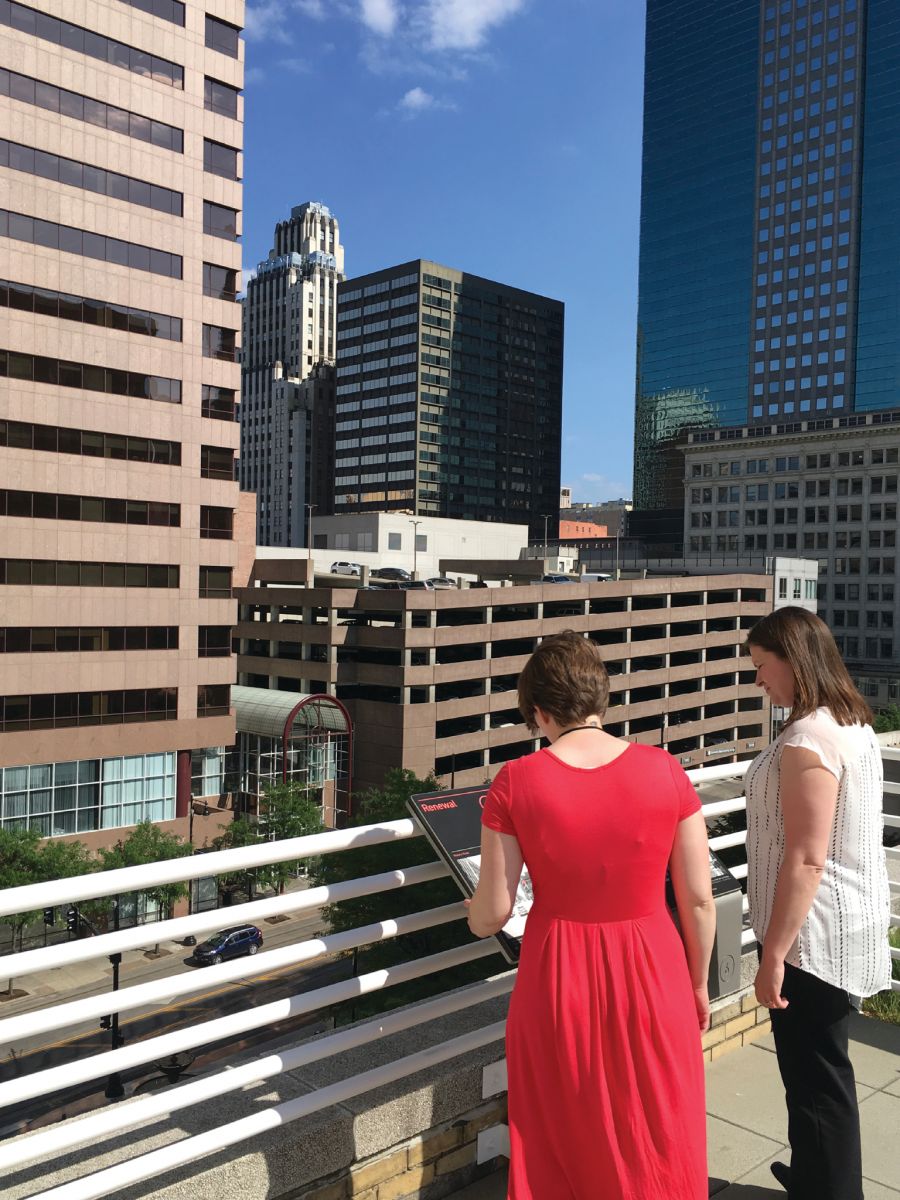 The self-tour markers walk viewers from the arrivals of riverboats on the Missouri River in the 1850s to development along Baltimore Avenue and Main Street and urban renewal. Part of the story is the move of the Central Library into the elegantly restored First National Bank Building and design of the striking Community Bookshelf, resembling a giant collection of books, on the south façade of the four-story parking garage across the street.


Millstein, the founder and principal of Architectural & Historical Research, LLC, also provides a guide to the area’s architecture, from the “chorus line of carved modillions” decorating the Burnap Building on West 10th Street to the Art Deco stylings of the Carbide and Carbon Building to the north on Baltimore. “What this has allowed me to do,” Millstein says, “is dip into my own experience as an architectural historian … to bring together years of working with the built environment in Kansas City and relay it, in hopefully a digestible way, to a lot of different types of people.

“You can get your history lesson about the Missouri River and Baltimore and trade, about the building booms, the advent of parking garages, Petticoat Lane. But there are nuances in between that have to do with iconography and building types, a lot of things that are lost and quite possibly a lot of viewers don’t even know about.”

She offers a heads-up: “You can’t really digest everything in one visit.”

A version of this article, written by the Library’s Steve Wieberg, first appeared in the July-August edition of KC Studio magazine.