All locations will be closed from Thursday, Nov. 26 to Monday, Nov. 30 (reopening Tuesday, December 1) to allow extra time to prepare, coordinate and ensure adequate staffing amid rising cases of COVID-19. Get the latest updates on the Library's COVID-19 response

The Library is adding its own imaginative twist to the run-up to Sunday and the Chiefs’ showdown with the San Francisco 49ers in Miami – evident the minute you step inside the downtown Central Library and other KCPL locations.

Kirk Hall, the Central Library’s first-floor grand foyer, is strikingly emblazoned in animated, Chiefs-themed projection lighting. The Library has created an Andy Reid alter ego, Coach Read, featuring him prominently in social media posts and in colorful, life-size cutouts near the Central circulation desk and inside its Plaza and Southeast branches. He’s featured, too, in a batch of new Library Instagram stickers.

(B-roll and images available in this Google drive folder.) 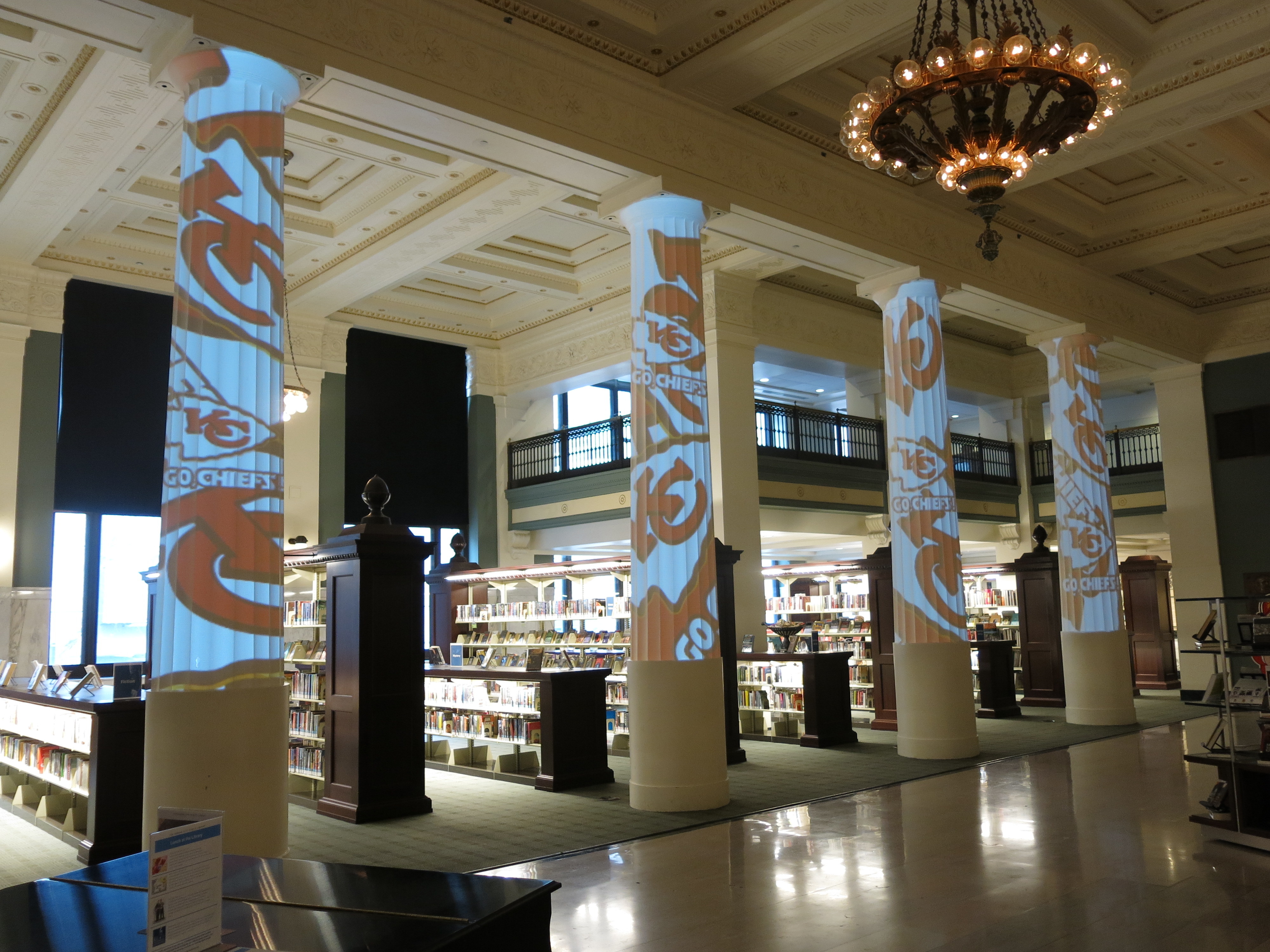 The Central Library exterior will be bathed this week in red, joining the citywide color scheme.

The Library’s game plan extends to social media, where it drew national attention in 2015 with a friendly trash-talking exchange with the public libraries of Toronto and New York City during the baseball Royals’ American League and World Series championship run. Library-themed celebratory posts and tweets in the wake of the Chiefs’ AFC championship win over the Tennessee Titans two weeks ago brought engagement from more than 10,000 people on Facebook, Twitter, and Instagram.

Now, the Library is … um, throwing the book at San Francisco and its Super Bowl underdog football team in a literary-themed, Chiefs-vs.-49ers series of exchanges on Twitter. Using #SuperBowlLIV, it plays off well-known book titles.

Think Ketchup-22 (“Pour it on @PatrickMahomes”) and Fear and Loathing in Miami (“We were somewhere around South Beach on the edge of the Everglades when the @Chiefs offense began to take hold …”). Both are among KCPL’s posts in the past week.

Perhaps the San Francisco Public Library’s best shot: 49 Shades of Grey (subtitled Because We Are That Hot).

The libraries’ rivalry extends to a friendly wager. A Chiefs victory on Sunday would require SFPL to feature a display of books by Missouri authors. A 49ers win would require the Kansas City Public Library to feature works by California writers.

KCPL offers its spin on Red Friday – Read Friday – on January 31, inviting Kansas Citians to submit photos of themselves in Chiefs attire, holding a book, via Facebook, Twitter, or Instagram. 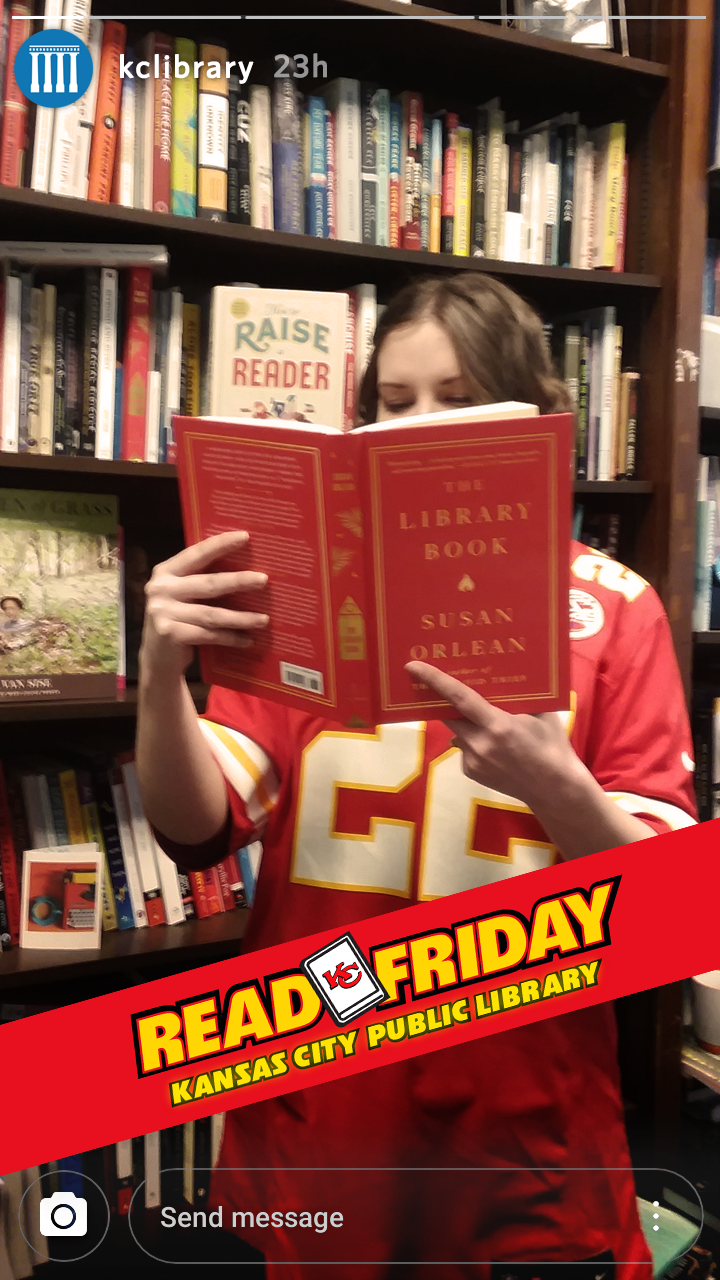 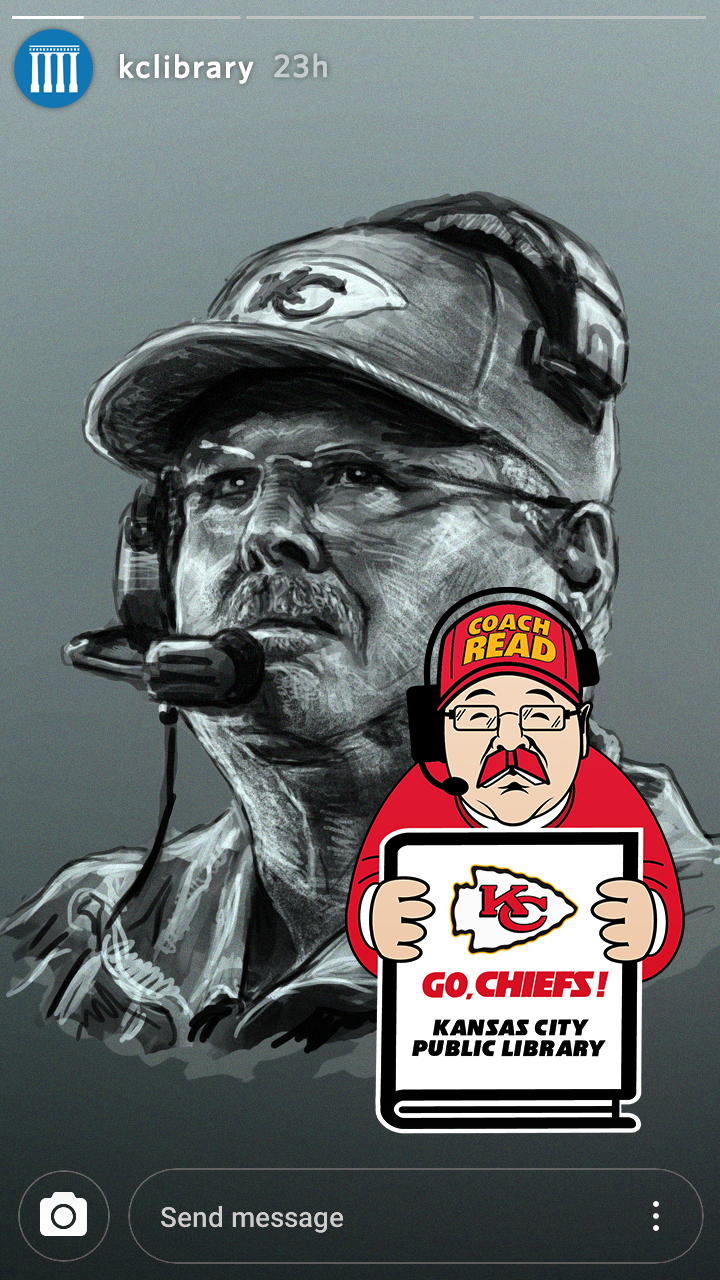