Kansas City has the best haunted house in the U.S.? This KC Q shows why that’s dead on

Kansas City and haunted houses have a long history.

At one time, we were considered the haunted house capital of the world. We still have what is billed as the oldest commercial haunted attraction in the country. And on Oct. 1, America Haunts — the organization of the nation’s premier haunted attractions — ranked The Beast the No. 1 haunted house in the country for 2019. "These expert 'fear generators' have a lifelong gift of scaring and dare-devil ingenuity to inflict fright," American Haunts writes. 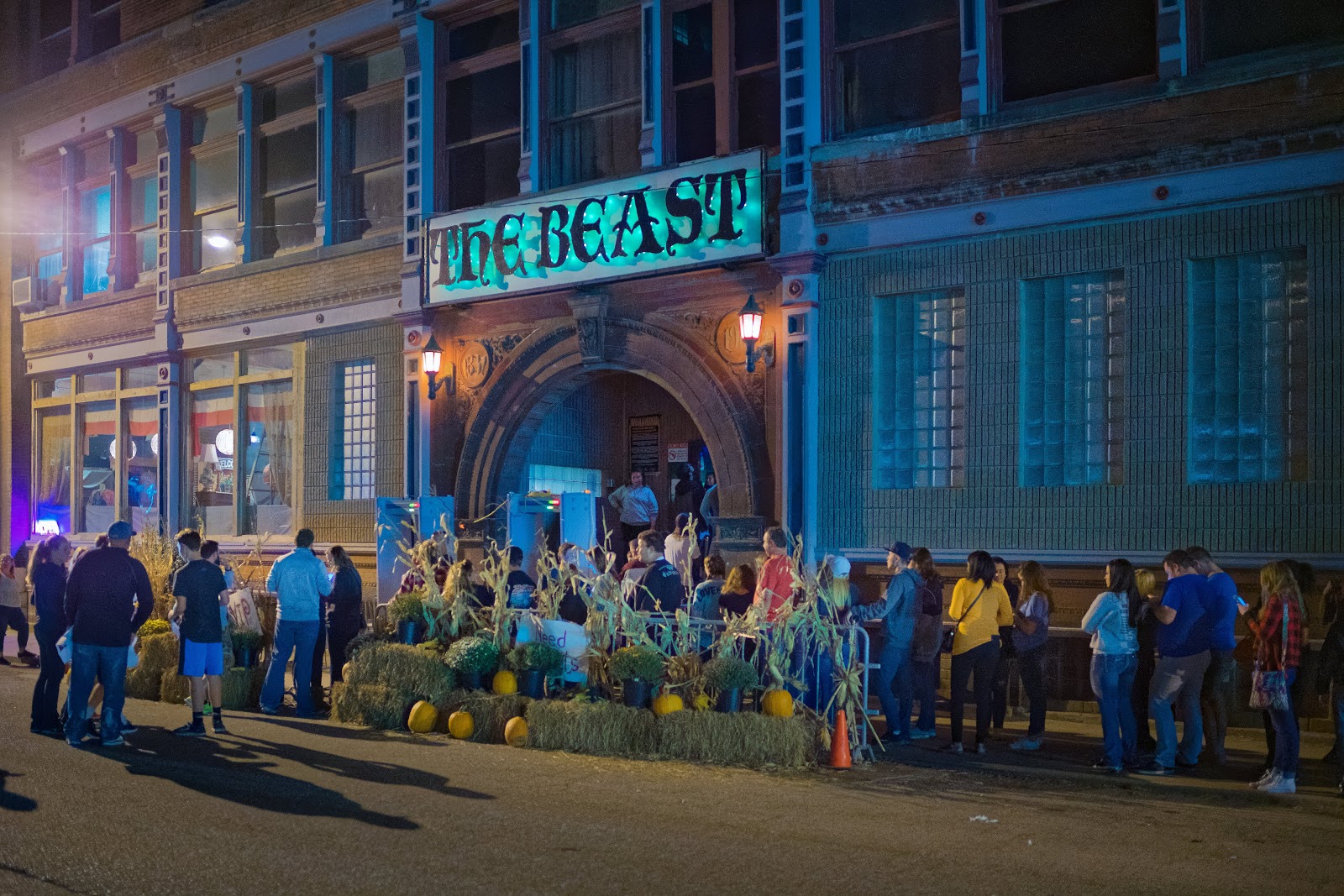 The Beast was recently ranked the best haunted house in the country by America Haunts. David Arbogast | Visit KC

Reader Kyle Romine, who went to the area’s haunted houses as a high school student some 20 years ago, wonders about their origins. He asked What’s your KC Q: "How long have the haunted houses in the West Bottoms been in business? Did they have predecessors?"

What’s Your KC Q? is an ongoing series in which The Star and the Kansas City Public Library partner to answer reader queries about our region. In the spirit of October, we asked readers specifically for Halloween-related questions and Romine’s submission was among them. 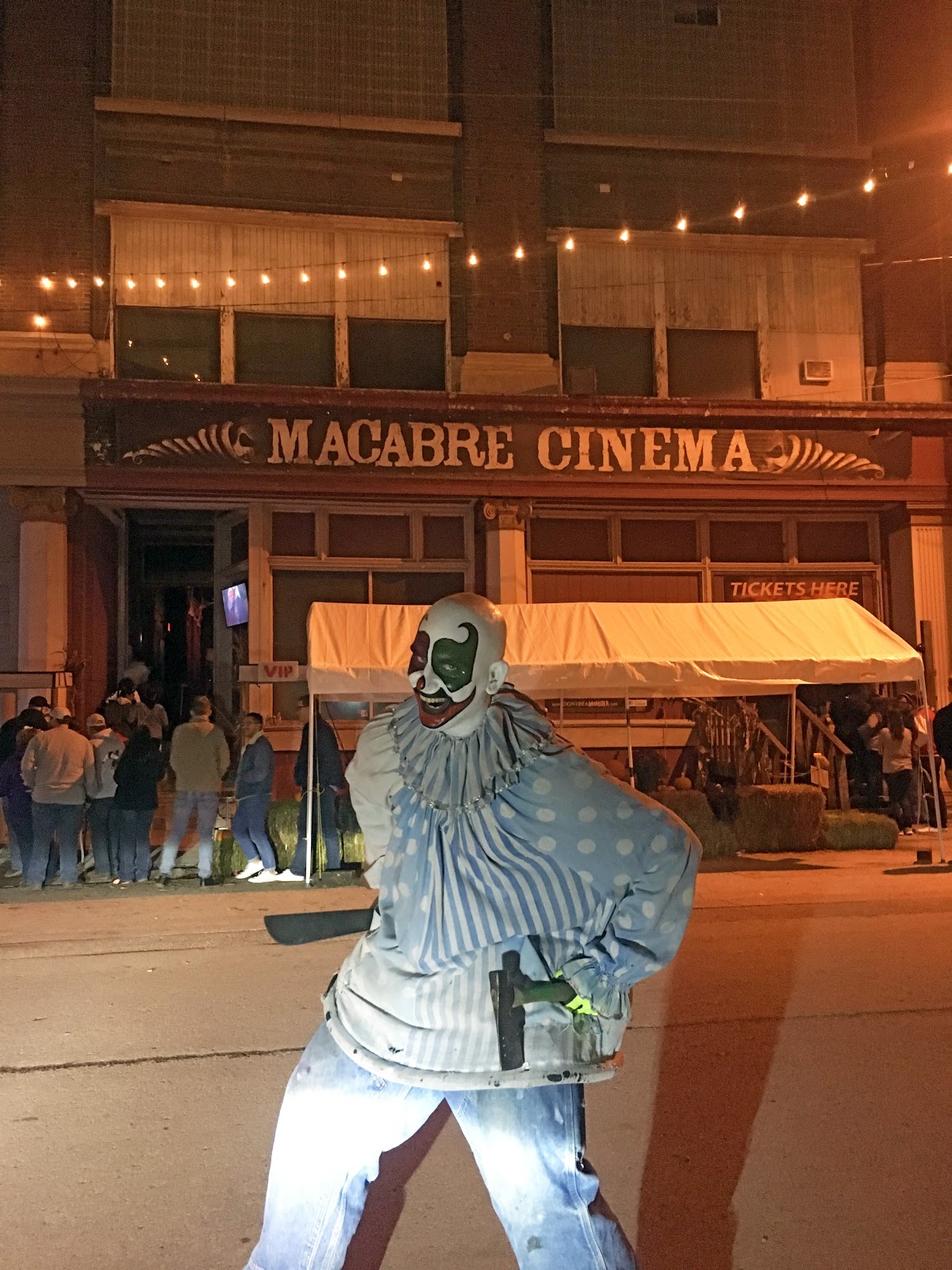 The Edge of Hell is the granddaddy of Kansas City’s haunted houses. It opened in the River Market area in 1975 before moving to the West Bottoms, where it operates along with two other haunted fixtures — The Beast and Macabre Cinema — in huge 100-plus-year-old buildings below the 12th Street Bridge. 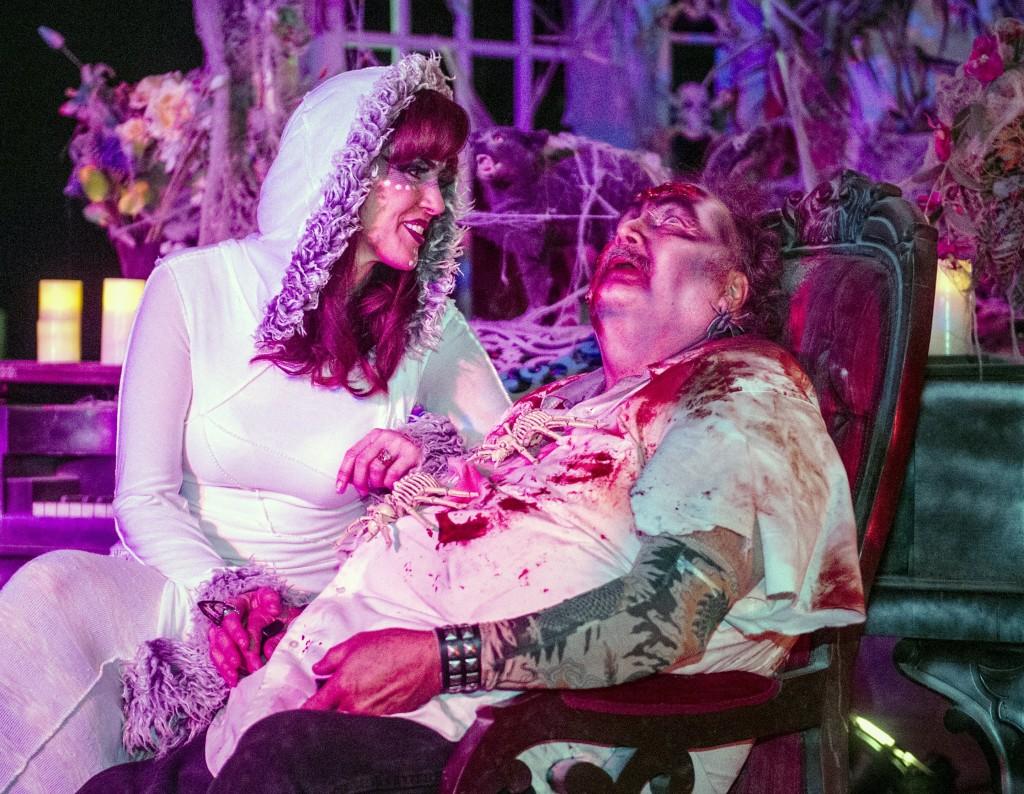 Amber Arnett-Bequeaith (left) is vice president of Full Moon Productions, which owns and operates the Edge of Hell, The Beast and Macabre Cinema in the West Bottoms. File THE STAR

Also known as the Queen of Haunts, Arnett-Bequeaith told The Star in 2014, "In the 1980s, when the Edge of Hell was at Seventh and Wyandotte, there were 14 haunted houses downtown. Kansas City was considered the haunted house capital of the world. Later, the Edge of Hell became the angel for the West Bottoms when we moved there in 1988."

The Edge of Hell, however, was not the city’s first commercial haunted house.

According to a 2015 story in The Star by Robert Trussell, the operations date at least to the early 1970s. He said a haunted house operated by the Foolkillers, a theater and folk music collective, opened in 1972. The Foolkillers Haunted Mansion at 10th and Broadway was still appearing in The Star’s listings of haunted houses in 1978, but it was gone by the 1979 listings. 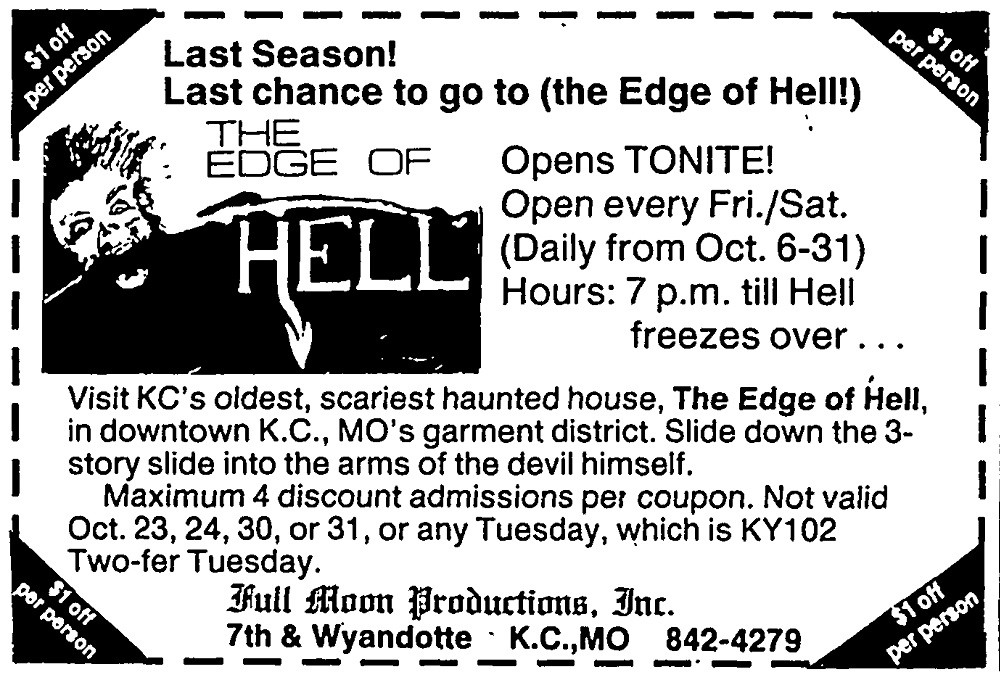 An October 1978 advertisement in The Star for haunted houses. Kansas City Public Library.

Likewise, Prison Macabre at 10th and Washington was listed in 1978 but not in 1979. Its fate was tied to an actual gruesome murder.

The Yates family, which had operated a haunted house downtown since 1976, branched out with Prison Macabre in 1978. After the house closed for the Halloween season, Larry Yates, the 40-year-old uncle of one of the co-owners, was living in the building. 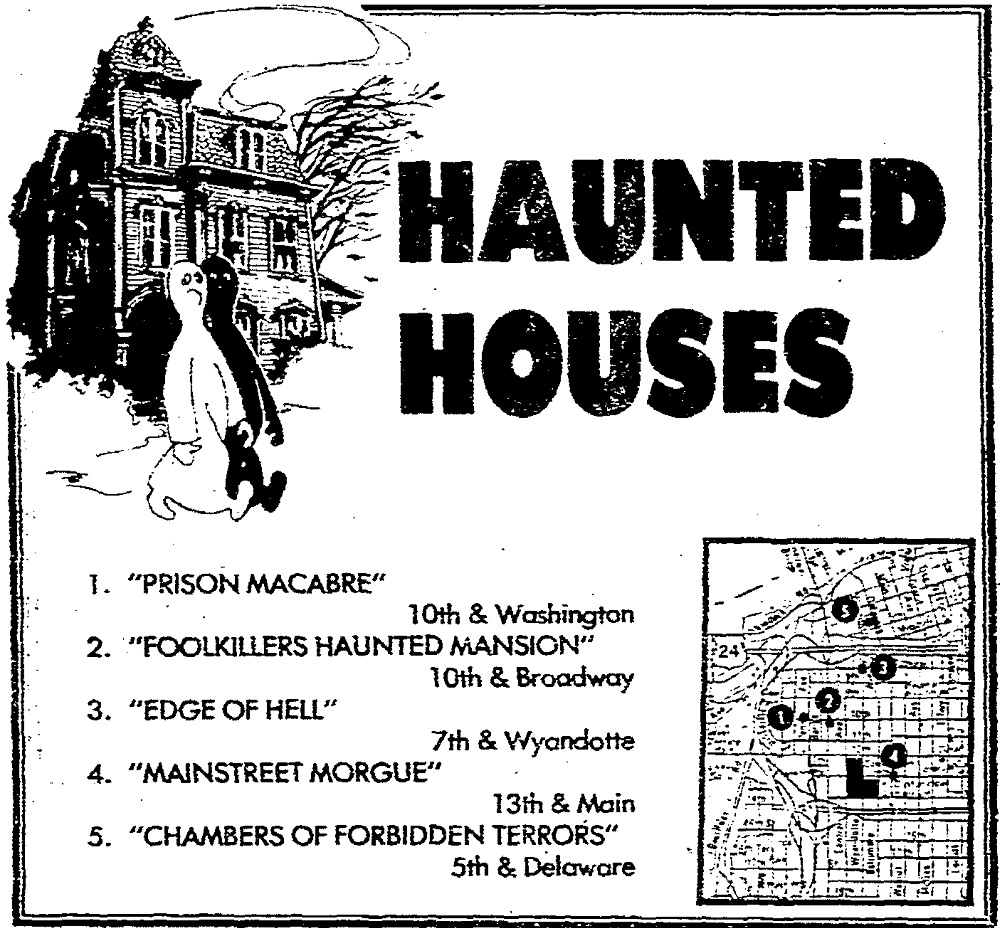 An October 1978 advertisement in The Star for haunted houses. Kansas City Public Library

On the morning of Nov. 28, 1978, his body was found "stuffed in a ‘pit’ at the foot of a stairwell leading to the sub-basement," according to a story in The Star. It indicated that he had suffered head injuries and that his hands and feet were bound with electrical cord.

The story said, "Detectives were hampered in their investigation because of imitation horrors inside the building."

The murder was never solved.

Dennis Kingsolver, the 38-year-old founder and manager of West Bottoms houses Catacombs and Fear, died while working near an elevator shaft in the Catacombs when a cable snapped and he was struck by a counterweight.

The Catacombs, which had been one of the early houses in the West Bottoms at 1100 Santa Fe St., eventually closed, and Full Moon Productions purchased the building. Its Chambers of Edgar Allan Poe operated there from 2007 to 2014 but is now open only for special events.

Do You Know the Ratman?

Like the Edge of Hell and Macabre Cinema, The Beast has come a long way from the early days of haunted houses that relied on spooky decorations and scary costumes. Now the operations use computer programming, animatronics, Hollywood-like special effects and the latest in lighting and sound. They still feature live characters, however, including Edge of Hell legend Ratman. 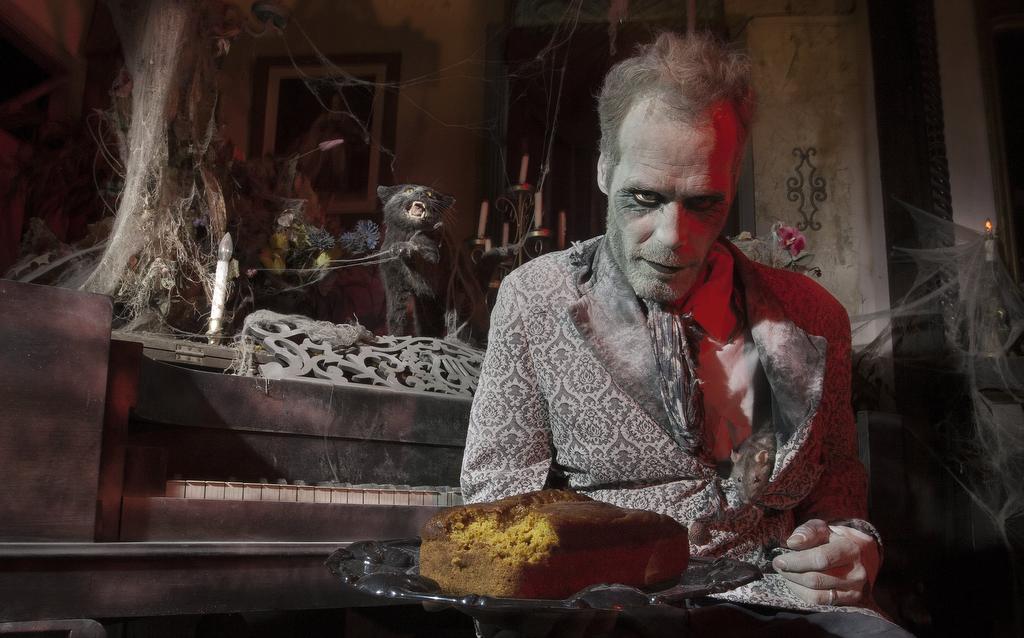 Harry “Ratman” Lewetzow has been scaring folks at The Edge of Hell for more than 30 years. File THE STAR.

Portrayed by Harry Lewetzow, Ratman has been entertaining (and scaring) folks for more than 30 years. His signature move is putting a live rat in his mouth. Lewetzow told The Star in 2003 that he met his wife-to-be at the Edge of Hell. She was playing, appropriately enough, the Bride from Hell.

The three remaining houses have outlasted all the competition in the West Bottoms as well as those in downtown and in the River Market area (briefly known as the River Quay and now known as the City Market). Those houses usually operated out of abandoned or partially empty buildings, but as downtown and the City Market experienced resurgences, the haunted houses disappeared. 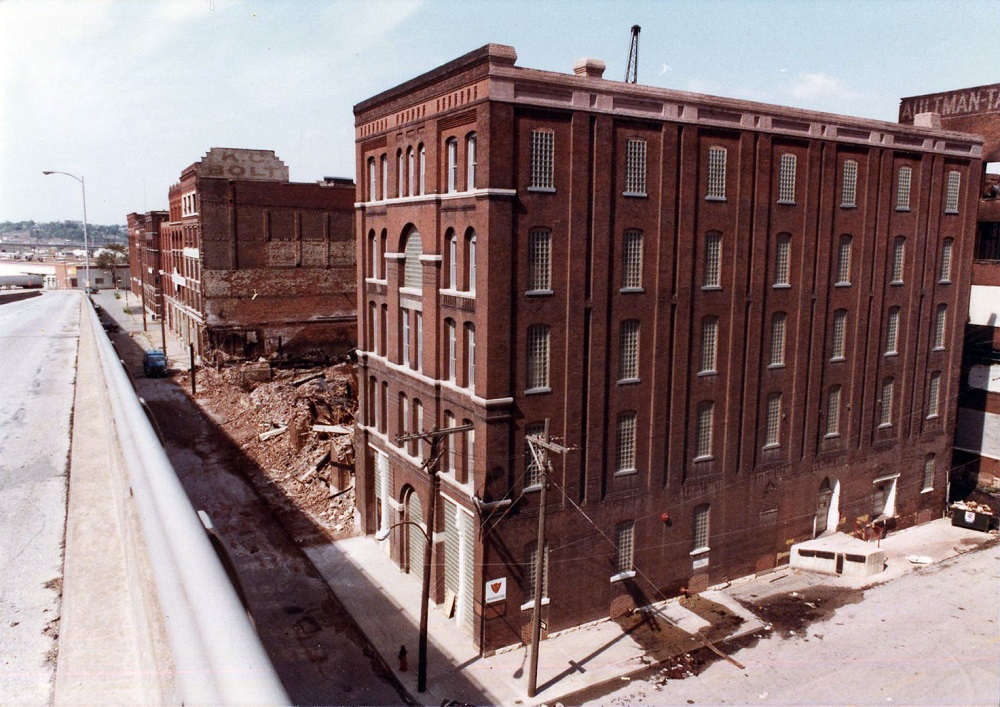 The building that houses The Edge of Hell is over a 100 years old. Kansas City Public Library. Photo: Larry Morgan.

Among the longer-lasting operations, in addition to the Main Street Morgue and the Catacombs, were Devil’s Dark Side (1200 W. 12th), Dr. Deadly’s Haunted Hospital (1826 Forest) and Haunted Hotel (2029 Main).