Rumble: The Indians Who Rocked the World

The Big Read
Through a Native Lens: Films From and About Indigenous Communities

Efforts to marginalize Native Americans and their culture could not diminish their transformational impact on popular music, from the Delta blues and jazz to hip-hop. Native artists such as electric guitar pioneer Link Wray, whose instrumental hit “Rumble” was banned from radio, and Jimi Hendrix, who was part Cherokee, forever changed the trajectory of rock and roll.

Their influence is celebrated in the 2017 documentary Rumble: The Indians Who Rocked the World (NR, 103 min.), which concludes a series of film screenings in conjunction with Big Read 2022. The movie draws perspective from a succession of contemporary stars who knew the Native music makers, played with them, and were inspired by them.

Big Read 2022 revolves around the first Native American to serve as U.S. poet laureate, Joy Harjo, and her acclaimed book An American Sunrise. The nearly two-month initiative is a celebration of poetry and reading, as well as Native American literature and culture.

Attendees are asked to RSVP to secure a seat and follow Library health and safety procedures in effect at the time of the event. 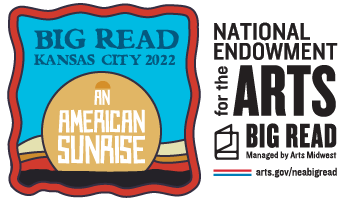