Post date:
Thursday, January 24, 2019
Kansas City artist Benjamin Wills’ outreach to inmates began with letters of support to two acquaintances serving prison terms. Wills wrote to more men and women in confinement, becoming increasingly fascinated by their stories and common struggles with abandonment, lost identity, and sadness. When one sent him a paper airplane—its folds, textual content, and illustrations laden with messages both expressed and implicit—it inspired a unique project.

From an ever-growing collection of inmates’ paper plane submissions, Wills fashioned the exhibit Airplanes, which is currently on display in the Central Library’s Guldner Gallery. The creations vary in size and design, some made from notebook and drawing paper, others from commissary lists, notices of denied appeals, and behavioral writeups. Their content and tone range from regret to hostility, from bravado to humility, each representing, according to Wills, “a vehicle of escape, missed opportunity, and in some cases rebellion for its creator.” The exhibit also features Wills’ near-life-size depiction of a solitary-confinement prison cell, constructed according to sketches of those who’ve occupied them. View a selection of images below.

Wills discussed the Airplanes exhibit and share how his interaction with prisoners has affected his approach to artmaking in a signature event at the Central Library on Thursday, January 31, 2019, at 6:30 p.m. Audio from the program is available to listen to online.

Artist Ben Wills leads a special letter-writing session in the Guldner Gallery in which the public can join him in corresponding with incarcerated individuals. “America's incarcerated population is growing, often neglected, and eager to communicate,” he says. “This event presents a positive platform for their expression.” 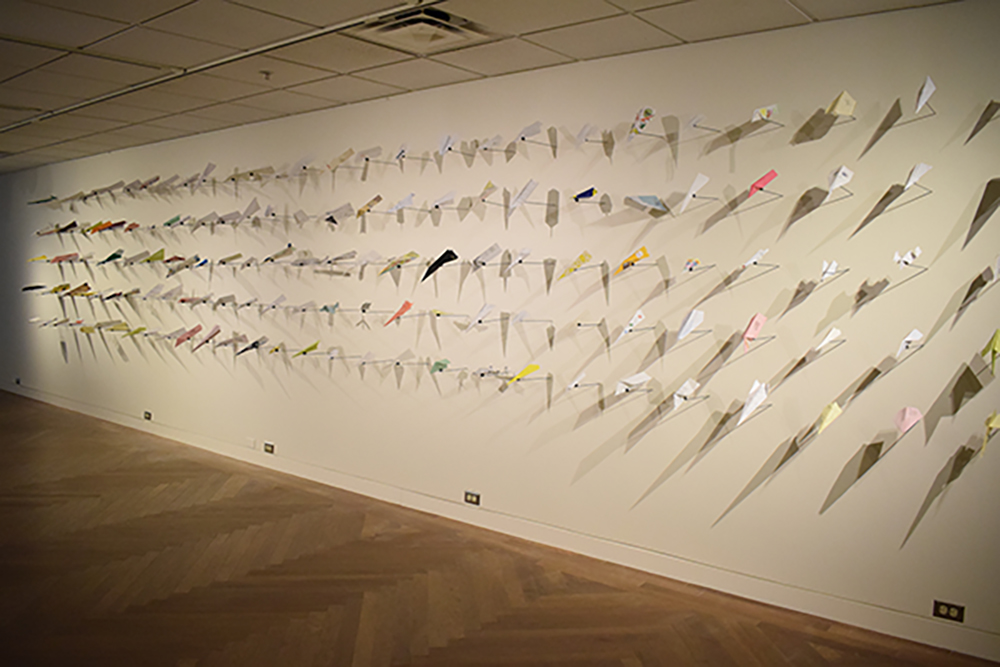 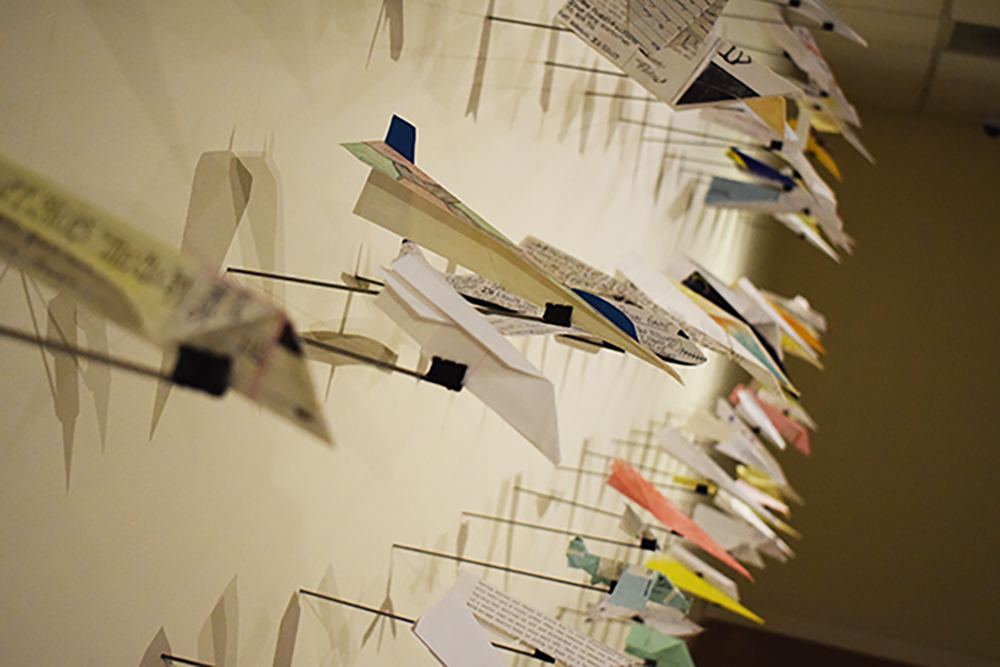 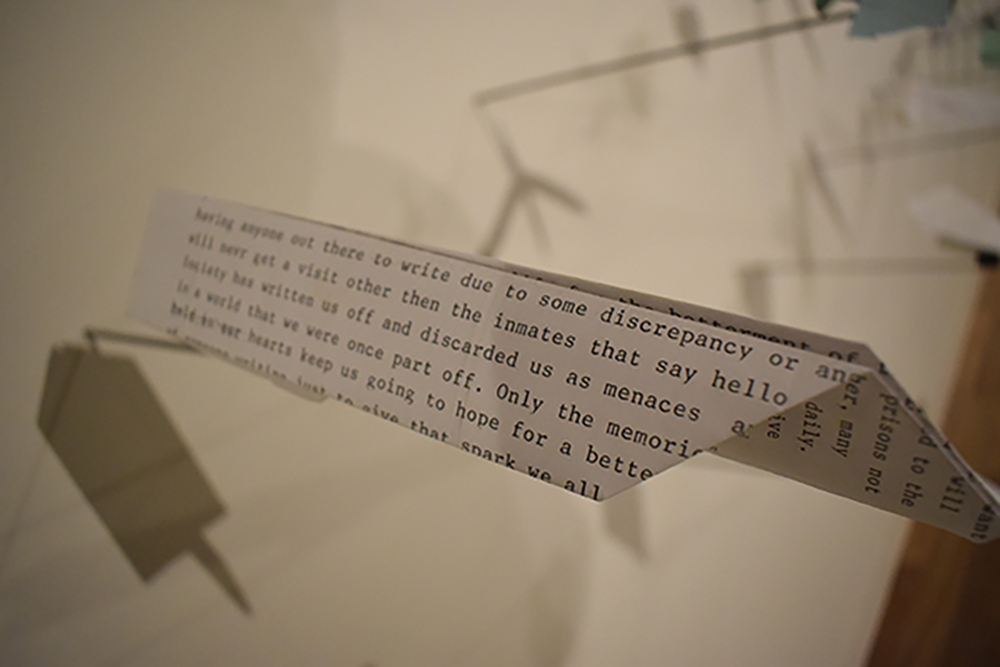 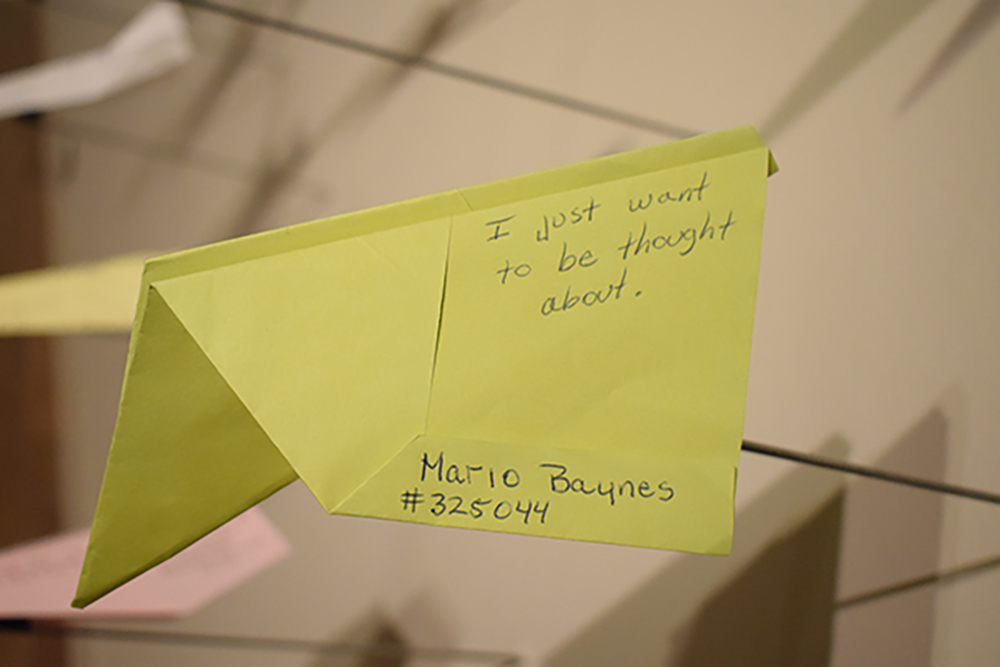 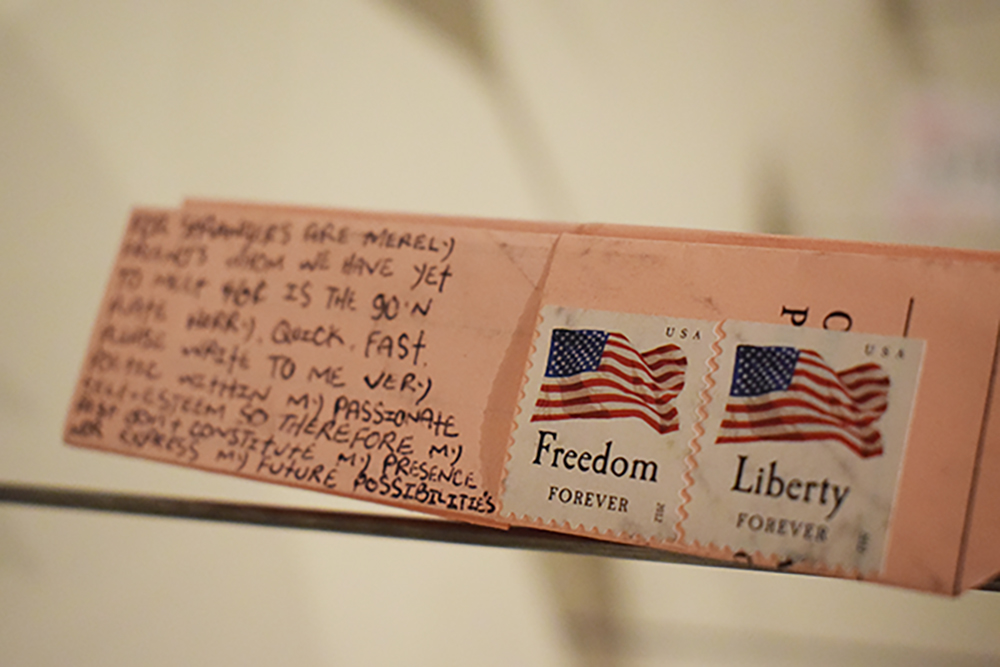 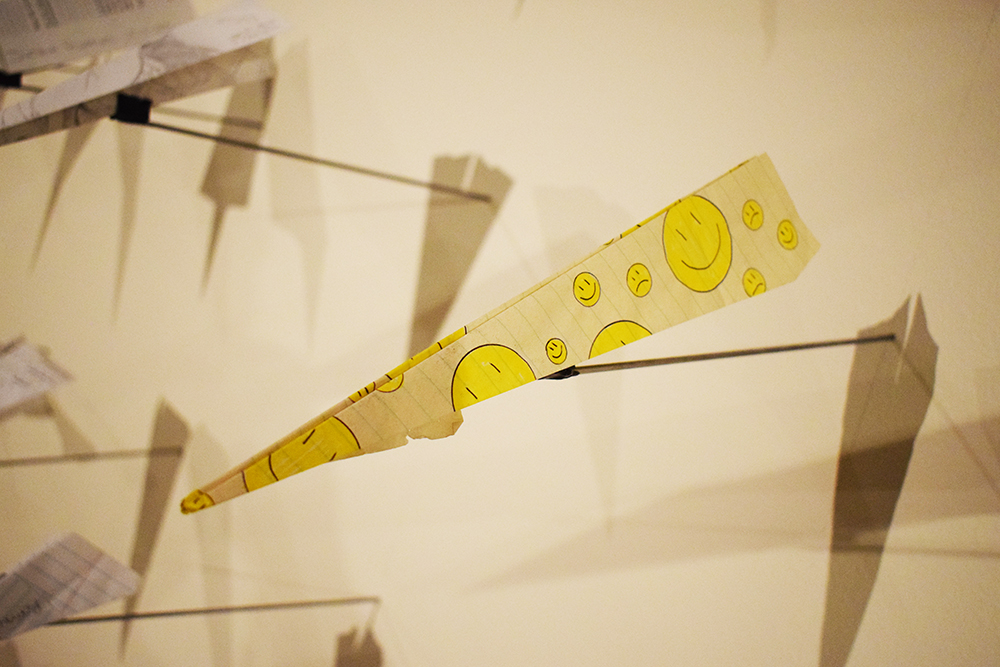 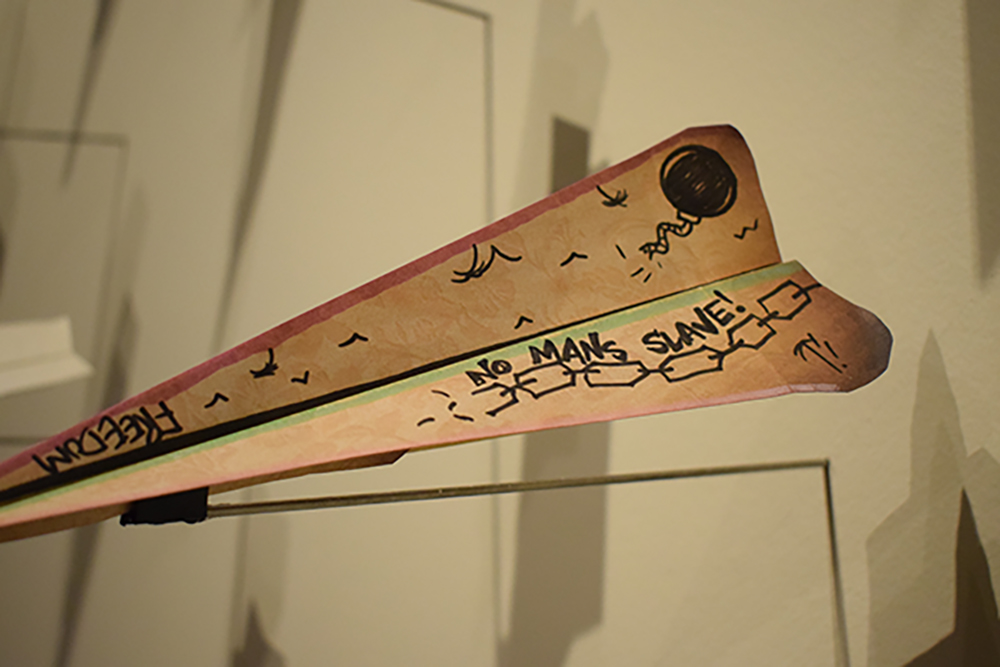 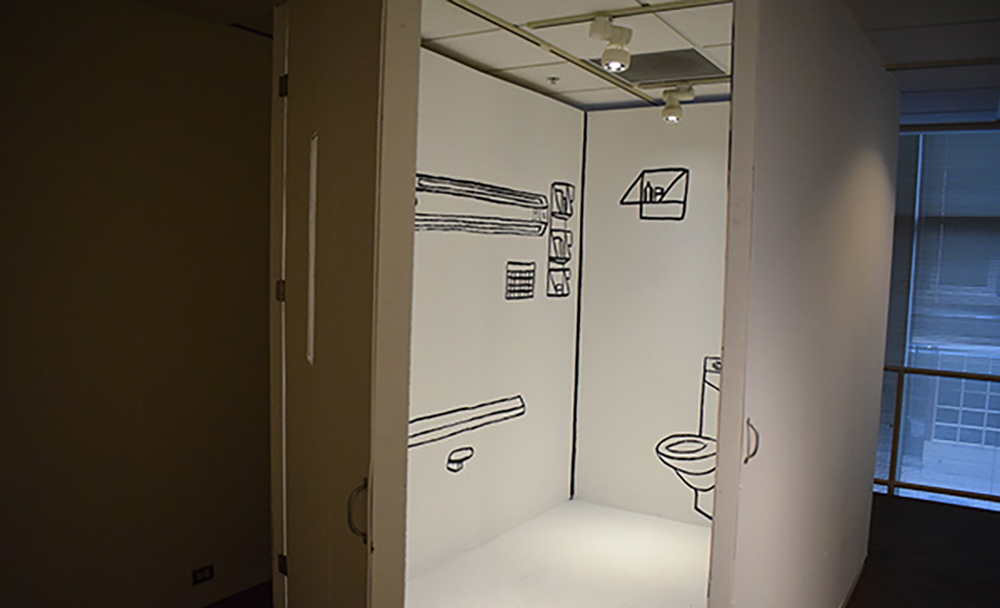 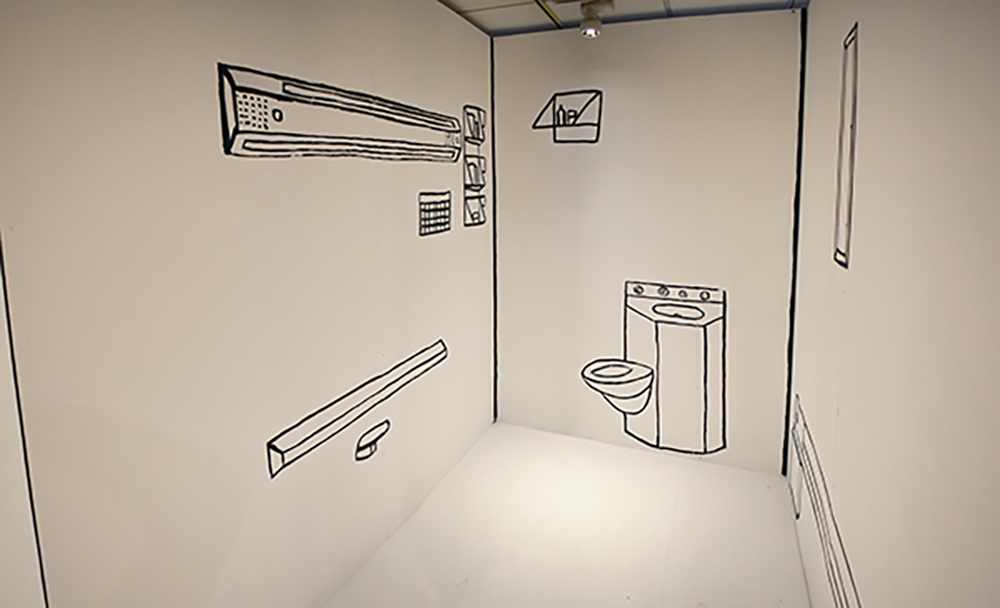 
In conjunction with the Airplanes exhibit, explore a selection of book titles that tackle tough questions about today's prisons and the experiences of incarcerated men and women.